Birnie’s back as U-17 women’s coach 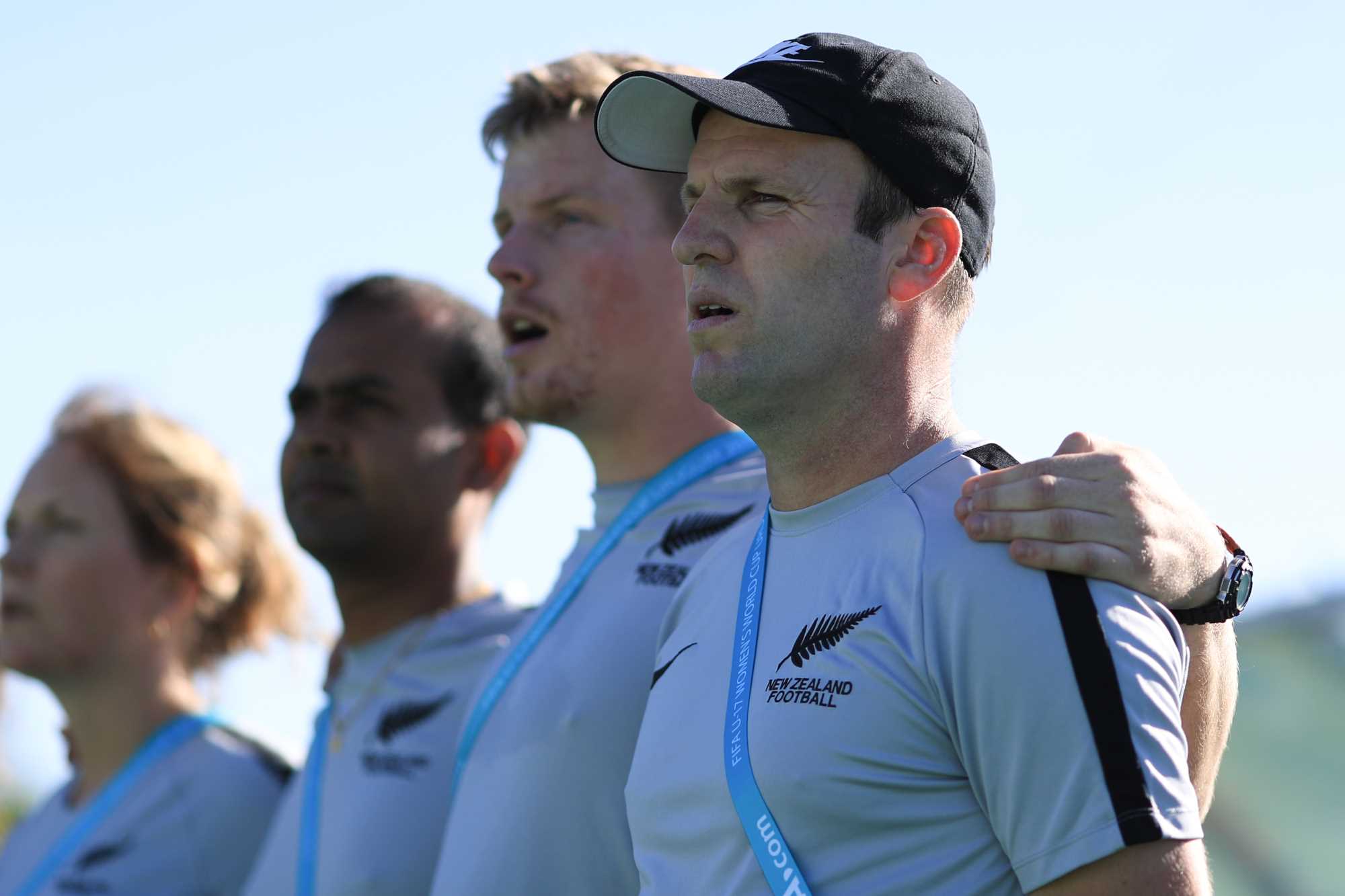 Bronze medal winning coach Leon Birnie is back with the under 17s for the 2021/22 cycle. Credit: Buda Mendes - FIFA/FIFA via Getty Images

It’s the time of year when New Zealanders are heading back to the office and their to do lists are piling up. For Leon Birnie, getting back to the business of identifying and developing top young Kiwi football talent is being put straight to the top of his, after being reappointed as head coach of the New Zealand U-17 Women’s side for the 2021/22 cycle.

So how does he feel about being back in the role in which he guided New Zealand to a bronze medal at the 2018 FIFA U-17 Women’s World Cup?

“I’m very excited and privileged to have the opportunity to work with some of New Zealand’s top female talent!”

Birnie says he’s looking forward to getting straight into a new cycle of talent identification and development, with just a handful of players who participated in camps during in the 2019/20 are eligible to be involved in the 2021/22 cycle.

“We're working with the federations, or clubs in each federation, to make sure ID processes are correct, and making sure I can get into the right environments to view players.

“I'm doing ID games across the country and in every federation - so that'll be the first part of the ID process. The purpose of that is to identify a group to come into the second week of the school holidays for an ID camp.”

The headline events for the 2021/22 cycle are the OFC qualifiers and the 2022 edition of the FIFA U-17 Women’s World Cup, which FIFA announced will be held in India after the 2020 tournament was cancelled. But while these are important milestones, particularly for the players, Birnie says they’re part of the bigger player development picture.

“What we're trying to do is ensure that during the cycle the contact we have with the players is evenly spread across those two years. So there's more of a development focus and not a focus on the actual World Cup itself – the 17s’ role is to help develop these players and prepare them to seamlessly transition in the U-20s and Football Ferns environments in the future.

“While we recognize the qualifiers and the world cups are milestones and big events for the girls, they’re also just a part of the broader cycle.”

New Zealand Football technical director Andy Boyens is pleased that Birnie has returned for to the helm of the Young Football Ferns.

“We’re delighted that Leon has agreed to continue in the U-17s role for another cycle.

“After the disappointment of the 2020 U-17s Women’s World Cup being cancelled due to the effects of the COVID-19 pandemic, it’s fantastic another group of talented young players will have their development guided by him.”

And while challenges will undoubtedly continue to be thrown up by the constant uncertainty of the global situation with COVID-19, Birnie says plans are being made to ensure this doesn’t disrupt opportunities for player development.

“If the programme is going to be domestic based, then we've got to work through some alternatives to challenge these girls both in training environments and from a game perspective across the two-year cycle. So we'll just be working through creative ways to do things.

“When COVID first hit, utilizing Zoom and other online platforms had really taken off from a connection point of view. So I think now from a training and a games perspective, we've just got to be creative and look at different ways of doing things if we can't go abroad.”

Based in Hawke’s Bay, Birnie is also a community development manager for Central Football. In 2018 he led the Young Football Ferns to the bronze medal at the 2018 U-17 FIFA Women’s World Cup in Uruguay, the first time a New Zealand national team has medalled at a FIFA event at any level.

The moment goalkeeper Anna Leat scored the winning penalty against Japan in the quarter finals of the 2018 U-17 FIFA Women’s World Cup was named New Zealand’s Favourite Sporting Moment as voted for by the public for the 2019 Halberg Awards. In those same awards Birnie was nominated for the Halberg Coach of the Year award. He was also named men’s coach of the year in the 2019 New Zealand Football Awards.