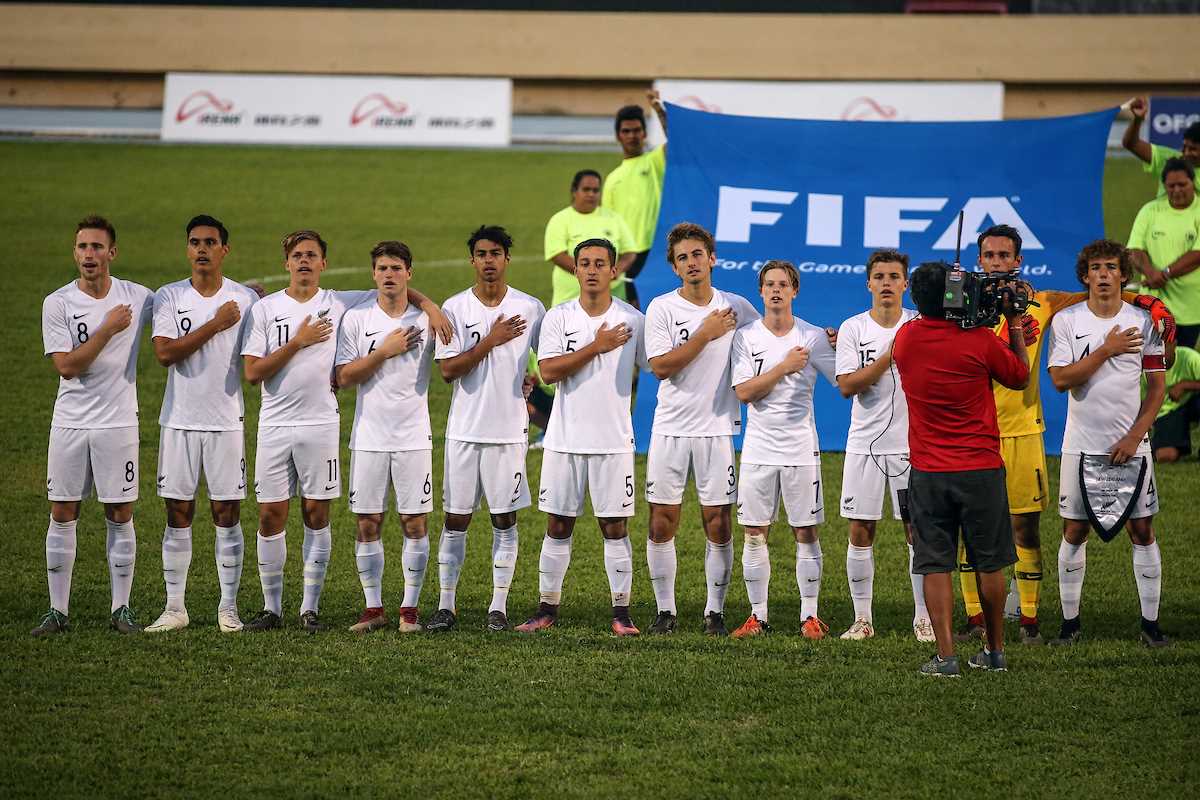 The last time New Zealand featured at a World Cup they picked up a bronze medal. No mean feat for a nation of around five million inhabitants where football’s talent pool is squeezed by other codes in a diverse sporting landscape.

But New Zealand will head into this month’s FIFA U-20 World Cup in Poland with a shot of inspiration thanks to their compatriots’ exploits at the 2018 FIFA U-17 Women’s World Cup. The nation’s U-20 men’s side, though, have a solid record in their own right, having reached the Round of 16 in the past two tournaments.

“Creating history and getting past the Round of 16 [for the first time] is a goal,” New Zealand captain Joe Bell told FIFA.com.

“The U-17 girls are a great inspiration for us in winning a bronze medal. That is something tangible for us to hang on to, knowing that New Zealand teams can go on further and compete at the highest level.

“That team showed the character of New Zealand players and the cultural identity of coming together as one. They are obviously role models and very inspiring for all New Zealand teams.

“We are definitely working on replicating their culture and family feel. We are digging into our cultural identity and I think that is very strong and quite unique for New Zealand teams. That definitely carried them (the U-17 women) through some tough situations.”

It is an exciting time for this young crop of Kiwis who have already arrived in Poland. Many of the squad will also have the opportunity to compete in the OFC Men’s Olympic Football Tournament qualifiers later this year and, potentially, in Tokyo next year. For now though the challenge of matches against Honduras, Norway and Uruguay awaits.

“We are all very excited, it is a great opportunity,” Bell said.

“Obviously the U-20 World Cup is a great platform on a personal level for each player. It is something of a world shopping window. Every player recognises it's potentially a step into a pro contract. But the number one thing for everyone in the team is to perform as a unit and that we all play our part in the team.”

Bell, who was player of the tournament when New Zealand qualified for Poland 2019 last August, is heading into his third World Cup at the tender age of 20. The University of Virginia psychology student is one of five squad members backing up from Korea Republic 2017.

“We have several players with that level of experience and that is a great strength of the team. The younger boys can look to us as role models, and lean upon us when we are in situations that require leaders to step up.

“When you play on a world stage like this, the quality is obviously very high. Constantly matching that is the challenge. We need to mentally focus and prepare for the first game, which is obviously a priority.”

Midfielder Bell has spent the past two-and-a-half years studying and playing in the USA, a scenario he says is perfect.

“Keeping my academics up was always the plan and to play soccer as well is a dream situation," he says.

“I have really developed as a player and person. It has given me new experience and insights for the game, and I hope that is something I can bring to the team.

“Charlottesville might be the closest place in America to New Zealand,” says Bell with a smile. “It is obviously somewhere slightly different, but the people are very down to earth.”