Manukau on a mission 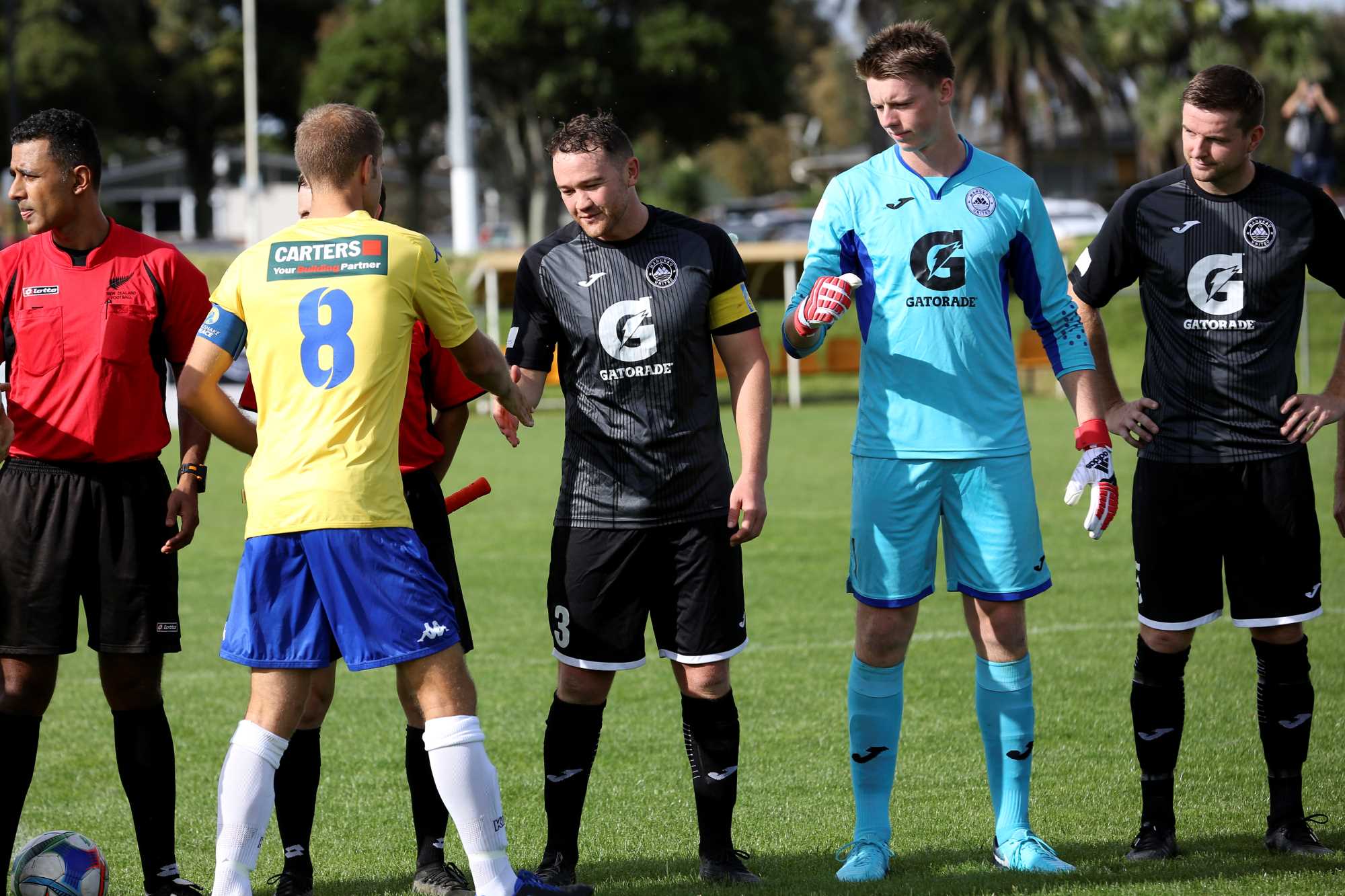 As both captain and chairman, Hone Fowler (centre) is a driving force at Manukau United (Phototek)

Those behind the formation of Manukau United are looking to awaken what they see as a sleeping giant and securing a place in the semi-finals of the country’s most illustrious knockout competition, the ISPS Handa Chatham Cup, would be a massive step towards doing just that.

The South Auckland-based outfit was formed by a pair of clubs that already existed in the region – Mangere United and Manukau City – and both still have teams in local competitions but have come together to field a men’s side in the Lotto NRFL Premier League. They are in their inaugural campaign but have big plans for the future, as explained by captain Hone Fowler.

“Our aspirations are no secret, we believe there is the quality and infrastructure to have a national league side in the near future representing the South Auckland region,” says Fowler, who also acts as chairman of the newly-formed club.

“There’s a lot of potential to grow football in this region and for it to become a real stronghold of the game. We think it would bring huge value to the league and awaken a giant of potential that’s been sleeping for too long. Doing well in the Chatham Cup would be a really big leap towards achieving those aims.”

Manukau’s exploits in the competition so far have already brought the ambitious club to the attention of the nation’s footballing public and progressing to the final four would firmly cement them as a burgeoning force to be reckoned with.

But the challenge they are faced with in this weekend’s quarter-finals is as tough as it comes with Cashmere Technical, who won back-to-back cup titles from 2013, set to visit Centre Park in Mangere on Saturday. Former youth international Fowler admits he knows little about the Cantabrians but is expecting an opponent of high quality.

“From what we’ve heard, they’ll be a very strong team and their performances in the Chatham Cup in recent years is a testament to that. We’ll be in for a very tough battle and we think we’re going into the game as underdogs,” he says. “We’re in different parts of the country so don’t meet each other frequently but we know enough to think they’ll be very tough.”

The hosts have no shortage of class themselves though with Fowler joined in the line-up by the likes of Solomon Islands international Micah Lea’alafa and former Auckland City pair Iwa Shaker and Sanni Issa. They also have one of the most experienced coaches in New Zealand football at the helm in Kevin Fallon, who has lifted the Chatham Cup as both a player and coach.

“Having that wealth of knowledge and experience to guide the players is invaluable really,” says Fowler of Fallon’s input. “We couldn’t think of anyone better to be taking the team through this cup run.”

Fowler has a particularly close relationship with the former All Whites coach, having first been mentored by him as a promising teenager at Auckland secondary school Mt Albert Grammar.

“Getting to know him and appreciating his knowledge as a coach has been fantastic, I feel quite honoured to have benefitted from that. I’ve just tried to absorb everything and make that knowledge accessible to others as well because there’s not many people around like him.”

Fowler describes those working behind the scenes at Manukau United as a “small army of volunteers who work tirelessly to keep the club moving and doing well”. While many contribute, Fowler has as much on his plate as anyone, juggling his responsibilities as captain and chairman with other roles around the club, such as a youth coach and even barman.

He is just as busy away from the pitch in his full-time job as manager of the Mangere East Community Centre, a role that allows him to combine his twin passions of making a positive difference in people’s lives and football.

“It’s a little bit overwhelming at times but I’m really passionate about it and am quite fortunate to be in this position. It’s great to be able to use football as a tool to connect people, break down barriers and get them involved in a sport that I love and is appealing to a broad variety of people,” he says.

“There’s plenty of talent in South Auckland and we really need a pathway they can access that can take them right to the top.”

The clash between Manukau United and Cashmere Technical is one of four quarter-finals in the ISPS Handa Chatham Cup this weekend, see below for all the fixture details.