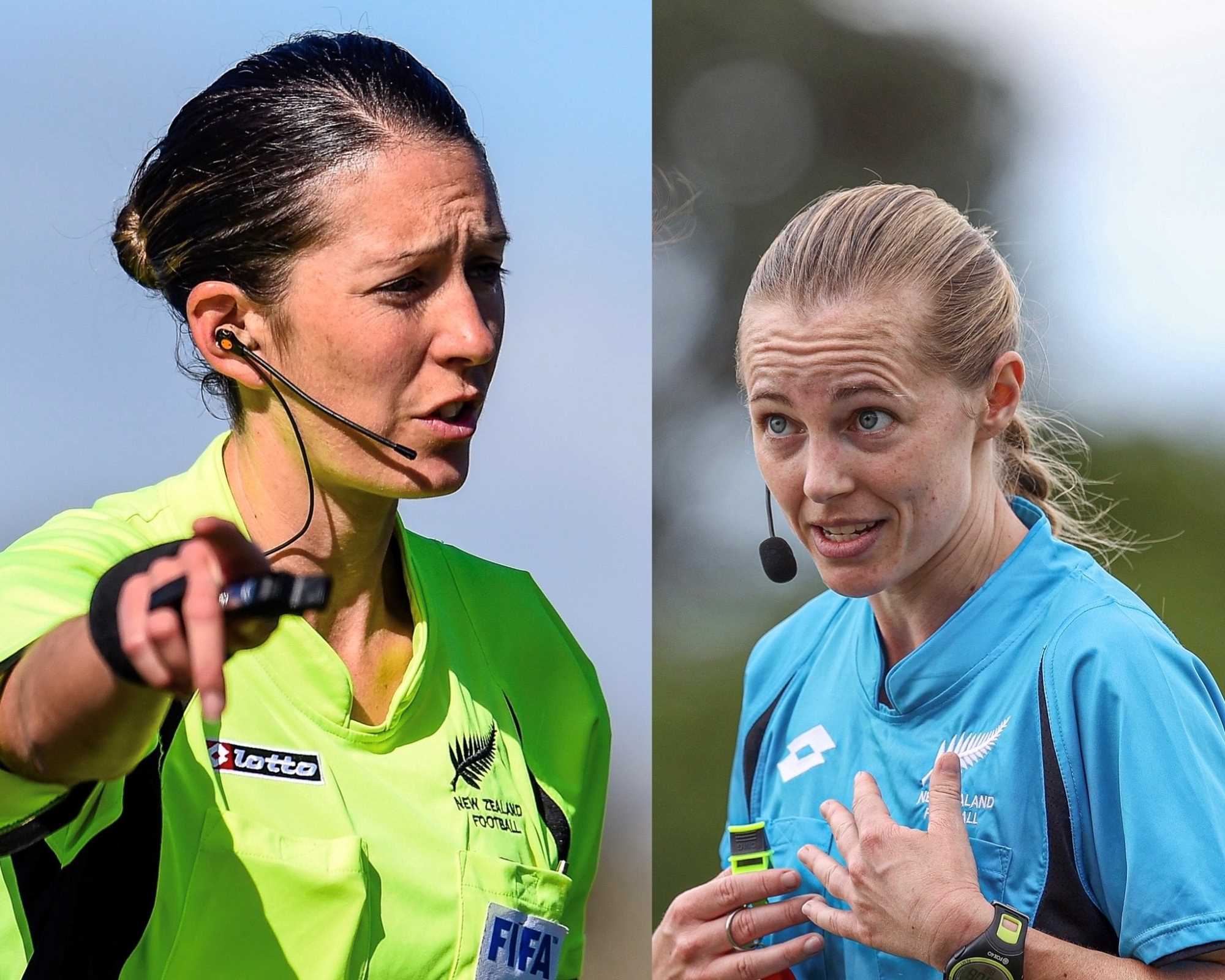 Two New Zealanders have made the FIFA shortlist to referee on home soil for the FIFA Women’s World Cup Australia/New Zealand 2023™.

Making this shortlist represents the beginning of a three-year process to being named on the final officials list for the 2023 tournament, during which shortlisted candidates are required to fulfil a range of FIFA criteria.

New Zealand Football CEO Andrew Pragnell welcomed the news, saying it highlighted the pathways and possibilities that exist for officials from Aotearoa New Zealand, and demonstrates the.

“We’re delighted to learn that Anna-Marie Keighley and Sarah Jones have made the shortlist for 2023. Anna-Marie and Sarah have been at the forefront of New Zealand refereeing in recent years, and their achievement in reaching this stage of the selection process is a testament to their dedication and commitment. They are fantastic role models for future up and coming officials in in Aotearoa New Zealand.

“One of New Zealand Football’s strategic priorities is inspiring performances on the international stage, with one of the key goals being having a clear talent pathway for officials. Seeing Anna-Marie and Sarah put forward for the honour of officiating at a home world cup demonstrates the possibilities that are out there for our officials.”

Both Keighley and Jones have significant experience on the global stage.

Sarah Jones was the first Kiwi woman to be named an assistant referee (AR) in the A-League back in 2016. She made her World Cup debut at the FIFA Women’s World Cup France 2019™, and her credentials also include officiating at the 2016 Rio Olympic Games, the Algarve Cup and the FIFA U-17 Women’s World Cup Uruguay 2018™.