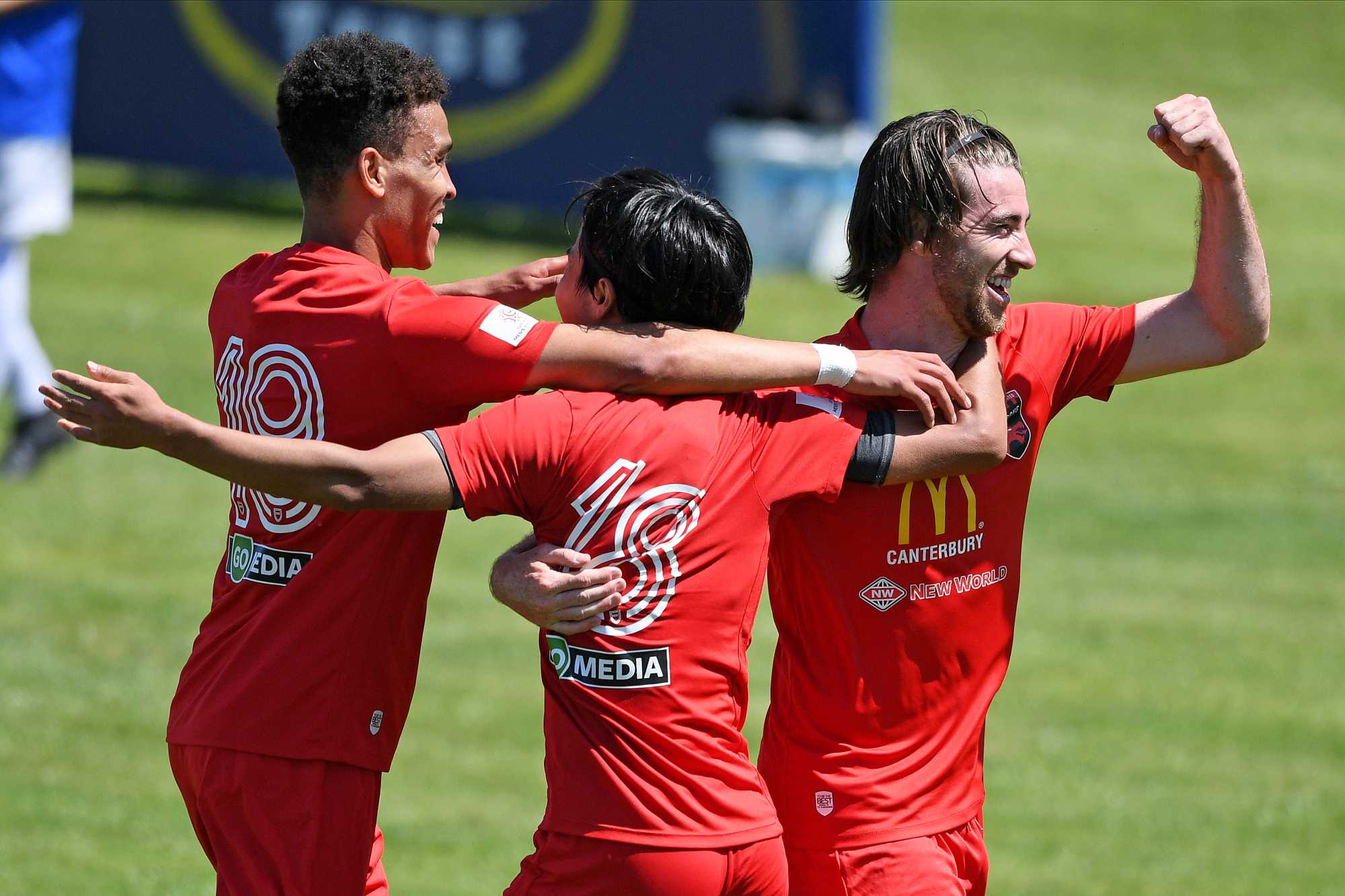 Rebecca Lake, Canterbury United Captain
“We're really stoked with our 4-0 win. We just came out of a bye week, but the previous games we thought that we hadn’t really performed the whole 90 minutes. But I think we did that just then, we kept the intensity the whole time, we kept a cool head and we keep going for goal as well. I also think defensively we've done a lot better. We always had that plus one, and I think we smashed up 50-50s as well. So making sure we take all of that and to next week's, we've got another big game, um, against Northern, and then we know we've got to take three points from there otherwise we might not have a chance for the final, so we'll take nothing for granted.”

“It's obviously a special occasion to play 50 caps, but also cool to play in a game that meant so much for us. Unfortunately not the result we wanted, but I think we showed a certain way that we like to play. And I'm really proud of the girls for putting that display on at home. Credit to the Pride, I think they were very clinical. But I’m really proud of our girls and the heart we’ve put out today.”

“The girls put in their all every game up until the last minute. I think we usually struggle a bit in the last twenty, but today we really focused and we really wanted to come up with a win, and we did. We’re all absolutely stoked.

“We wanted to make sure to not concede late in the second half – so we really focused on that. And I think we had a few chances like Chelsea [Whittaker, had a goal disallowed], that was unlucky. And then we had a lot more shots today and with every goal we’d got confidence.”

Michaela Foster, WaiBOP captain
“We came in looking for that win. After last week’s [win over Northern Lights] we definitely had things to work on and we knew with Southern we didn't come in expecting an easy run over. We knew they’d be tough and put us to the test. the test. Gutted that we didn’t get the three points today, sort of feel like we weren't able to create enough sort of genuine chances and didn’t challenge the ‘keeper too much - a lot of the shots went to her or wide. We just kind of missed the basics there.”

Ben Bate, Northern Lights head coach
“I think in patches, we, we did really well, I think there was patches where we were way below our own standards. We probably played in Central's hands a little bit, but, luckily we've got the quality of players where it didn't really cause us too many issues. It was a game of two halves really: some of it was really good, some of it was not so good. So there’s definitely a few things that we need to go away and get right ahead of next week.

“For us to be in the final in two weeks’ time, we needed the three points today, and we knew in essence all we needed was a 1-0 win, so getting four goals was a bonus. But I think certainly with the way we played, the way we know we can play, possibly we should have scored a few more today.”

“We were unlucky to have conceded two goals late in the piece. However, prior to that the girls had put in a shift we were happy with. You can see each week the improvement in the girls and that was evident today with more chances created in the final third. With losing three players to injury during the game and having Mikaela Boxall step in as goalkeeper, I felt we caused Northern problems throughout the game. Considering they have quite a few former/current international players, our players can be proud of their performance.”

Sean Bright, Eastern Suburbs midfielder
“Obviously, we're not happy with that first half. I think we did well to get back in the second half and credit to the boys, you know, we stuck with the plan and obviously got the point.

“At half time the coaches said to be a lot more patient, especially in the middle third, you know, we would have been a bit too eager to get the ball forward and we just had to keep the ball a bit longer. And as you can see in the second half, the chances came.”