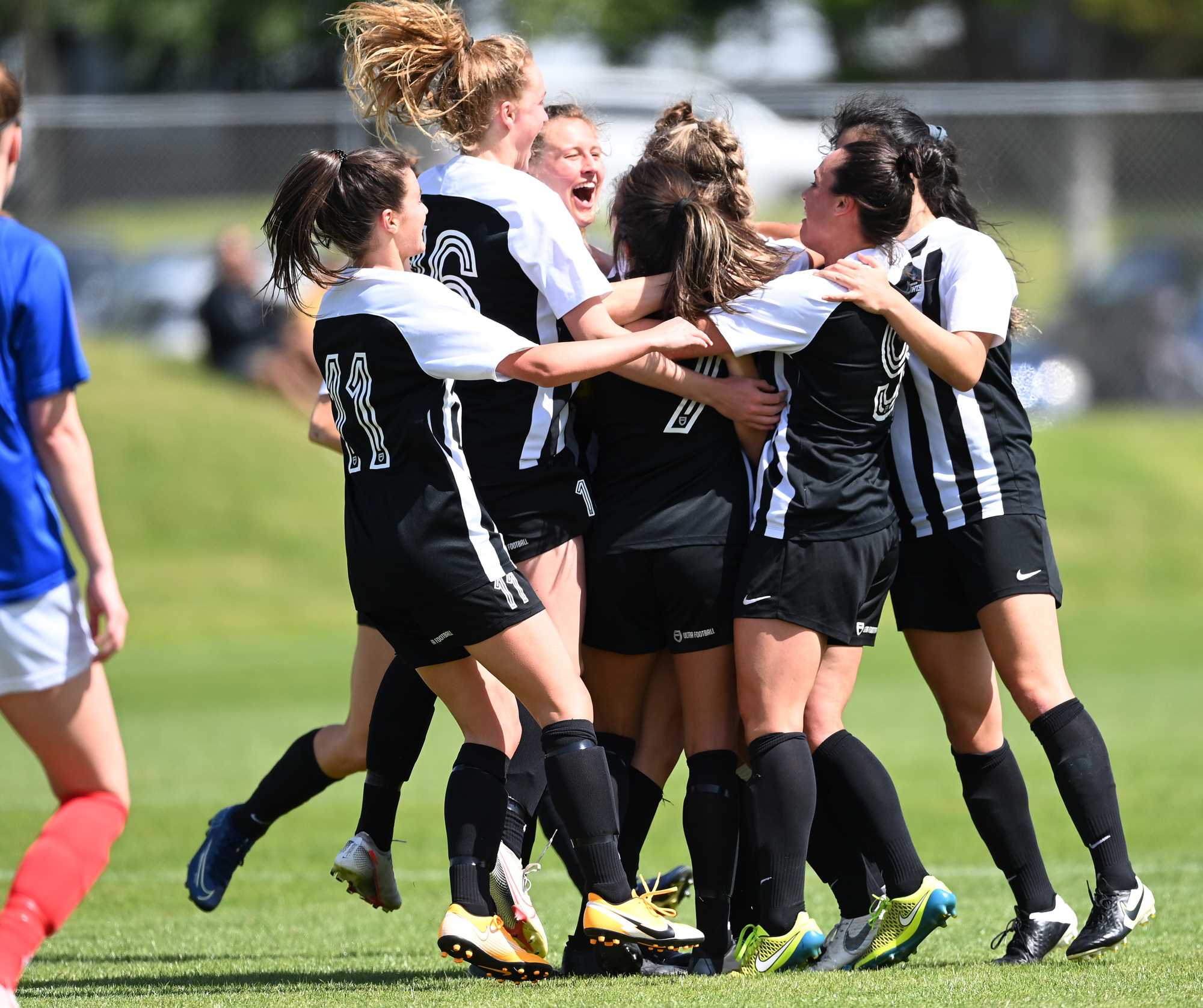 The Northern Lights lit up North Harbour Stadium in their Battle of the Bridge demolition job over Auckland Football © Copyright image by Andrew Cornaga / www.photosport.nz

“WaiBOP kicked off the match with a hiss and a roar and really dominated the first half. We found it difficult to find any momentum, find our rhythm, or get a foothold in the match.  WaiBOP had a couple of chances before halftime as well.

We talked at half time around distances and getting closer and better connected, especially with the wind, we were finding it really tough just to get into the match. So the girls came out and did that really well, I thought we had a better spell in the second half created a couple of half chances, but I actually thought WaiBOP had the better of the chances and we somehow stayed in it - I think, WaiBOP might feel a little bit aggrieved by that. But we'll take it and we'll keep moving forwards. It gives us a little bit of a taste and a chance to try and make the finals. For us now in our training rates, again, we take it to the next level and put ourselves in the best possible position to do that.”

“I want to see a bit more consistency. I think this was a little turning point for us today in terms of our form. We need to continue to drive the high expectations of not just our work ethic and things like that, but actually our performance and how we're playing and how we want to be playing entertaining football. We want to be scoring goals and we want to be making sure that individuals get attention and can perform in front of anyone they want. So we want to continue in that direction, which is up.

“Leading into a bye week this week, we will train, we won't play on the weekend. And then we’ve got a tough two rounds leading into Capital and Northern. We're pretty realistic about it, we know that it's going to be a hard journey to make the final, but I think we're making the right steps towards it.”

Barry Scullion, Central Football head coach:
“I think the positives for us, it was just after the 40th minute before Pride scores. So we kept a clean sheet until then, and I think there were only four shots on target in the first half. But it's obviously difficult conditions – it’s warm and the Pride had more possession, so we started to tire at the end. But I think the players left everything there so we can be happy with their efforts.

“We’re a little bit disappointed we didn't get on the score sheet and we got into those opportunities and areas a few times, but didn't get the shots away. But there's definitely been improvements as the players are learning as they go.”

Result of the round

“I’m pretty ecstatic with the results, to be honest. We've spent a lot of time watching Auckland Football’s last three games and finding a way that we can play against them and create some opportunities to win.

"We were a bit disappointed to go behind straight away, but unbelievable reaction from the players, who all stuck to their task, to a player, which enabled us to create the chances to go on and win the game.”