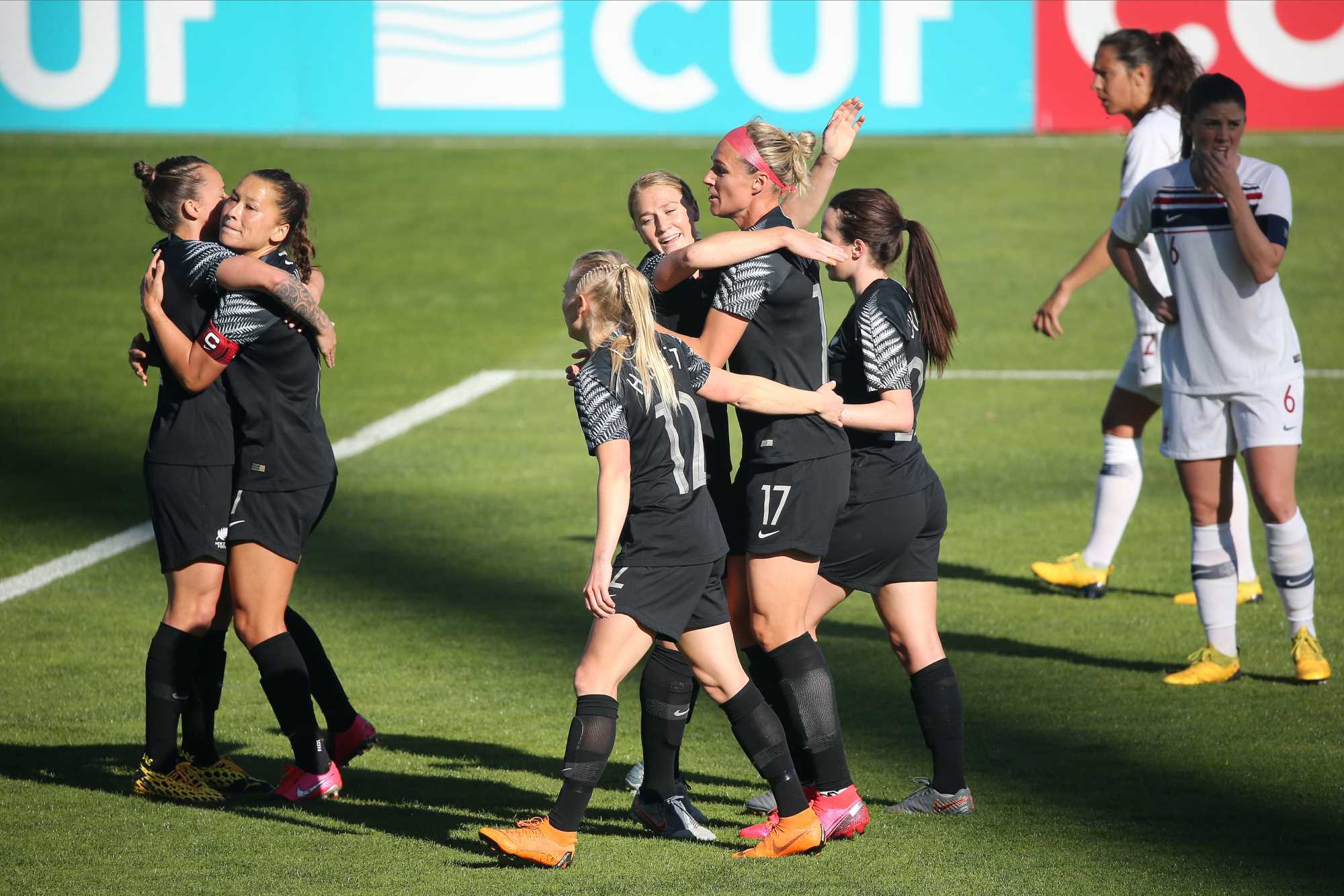 Hannah Wilkinson is congratulated on finding the net

The Football Ferns finished the Algarve Cup in fourth place, conceding a late goal to finish 2-1 against Norway in Ria Percival's 150th appearance for the team.

Coach Tom Sermanni was delighted with the Ferns' showing against Norway, ranked 12th in the world, and the team's improvement throughout the tournament.

"It was a team performance - we talked about courage, and our structure, keeping the ball and putting them under pressure. A lot of that is about having the confidence to pass the ball and create chances, and I felt we did all those things really well today," he said.

"A lot of the things we're trying take time to click - that's where tournaments and back-to-back games are great. The players are taking to the new system and you've seen improvement from the first game."

Tournament play and time on the training pitch was invaluable for bedding in the new playing structure and setting out areas for focus.

"I think we showed against Norway that not only we can compete with one of the best in the world but that we can back up in a third tournament game," Sermanni said.

"My message to the players is to focus on the improvement - we're in a confident place but now it's about building from where we are today."

Sermanni was quick to pay tribute to Percival, who became the first female or male player to reach 150 caps for her country.

"It's huge, what an unbelievable milestone," he said.

"She's unbelievably respected within the team, she has a great rapport with the young players, and the ability to encourage but also demand from her team mates."

The Football Ferns' next match is scheduled against Japan on 12 April at Yurtec Stadium in Sendai.