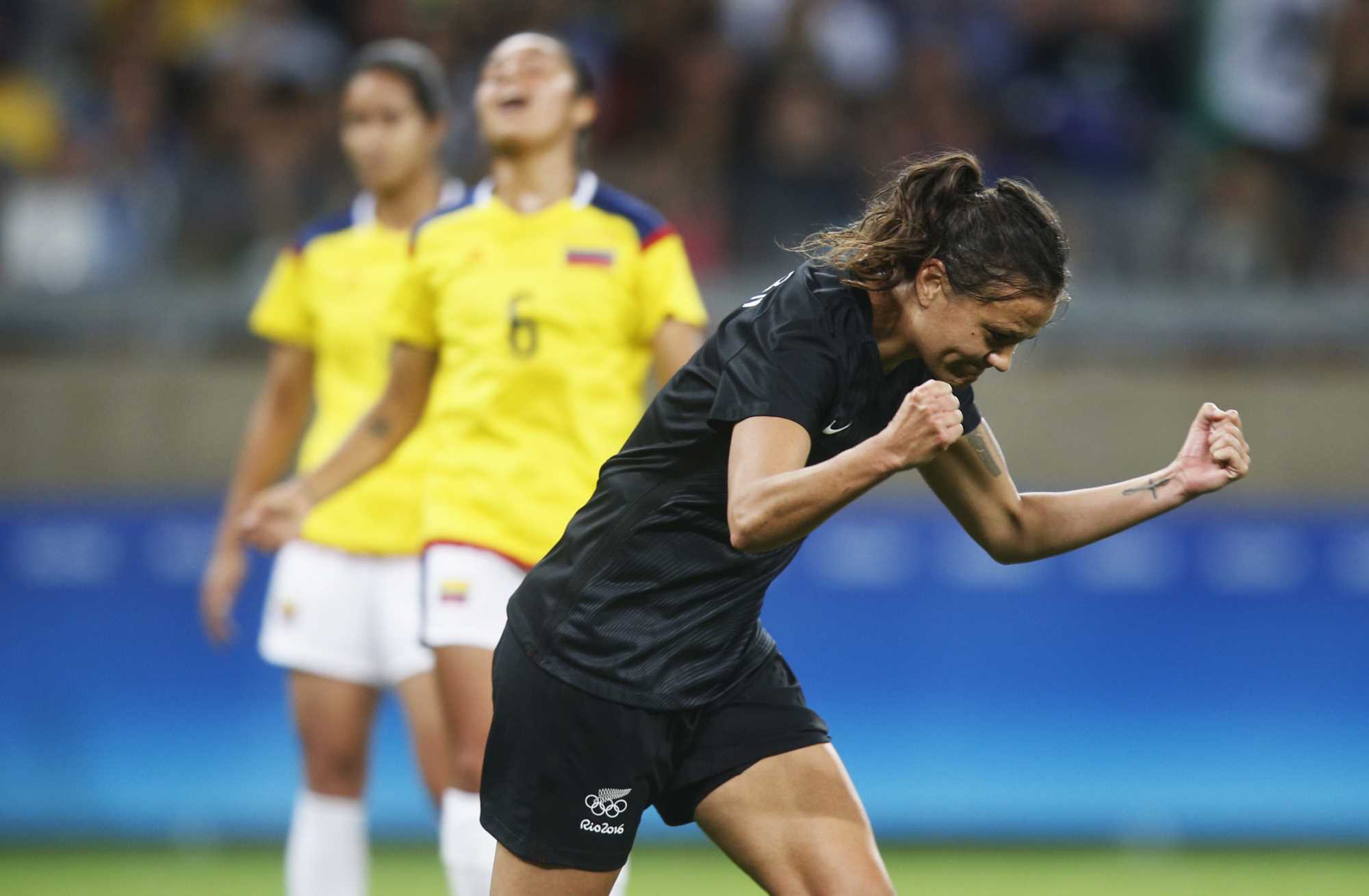 The highest international scorer in New Zealand’s footballing history will not be adding to her tally as Amber Hearn has decided to retire from all forms of the game.

The Football Ferns striker wraps up her remarkable career having scored a record 54 goals in 125 full international appearances and is the only Kiwi, male or female, to have broken the half-century mark.

After making her debut in 2004 against Australia, she went on to star for the national team for the next 14 years, taking part in two FIFA Women’s World Cups and three Olympic Games campaigns.

Hearn last played for the Ferns in June of 2018 against Japan in Wellington – in which she wore the captain’s armband – and did not feature in last year’s FIFA Women’s World Cup due to a long-term knee injury.

Among the most notable goals of her record-breaking haul were a penalty in a historic 2-2 draw against Japan at the Beijing Olympics in 2008, the winner in a 1-0 win over Brazil in Sao Paulo in 2015 – the first time any New Zealand team had ever beaten Brazil away – and another memorable winner as the Ferns edged out Colombia 1-0 to keep alive their hopes of reaching the quarter-finals of the Rio Olympics in 2016.

She also notched three hat-tricks during her time in the white shirt, twice against the Cook Islands (in 2010 and 2014) and the other against Vanuatu in 2010.

In addition to starring on the international stage, Hearn carved out a lengthy career as an overseas-based professional and was a pioneer in that regard, venturing to foreign shores at a time when few other Football Ferns were playing in such an environment.

Her first foray overseas came at Arsenal before the former Lynn-Avon United goal-getter stayed on in England with a move to Doncaster Belles. She then headed to Canada to feature for Ottawa Fury before a return to Europe beckoned, Hearn reaching a century of matches for German outfit USV Jena and scoring over 30 goals before transferring to FC Koln.

She returned to her native Auckland last year and has pondered her retirement for a long time.

“It was very hard for me to make this decision,” the 35-year-old admits.

“Believe me, I’ve procrastinated over it for as long as I’ve been back in New Zealand. I had a major injury but behind it all was having that little bit of freedom back and being around my family,” she adds.

“I gave 20 years and have sacrificed so much to be a footballer, missing funerals, weddings and births. Now I’m back and I’ve been blessed to see my niece give birth to two beautiful boys, they and my boy Tyrone are absolutely my world.” 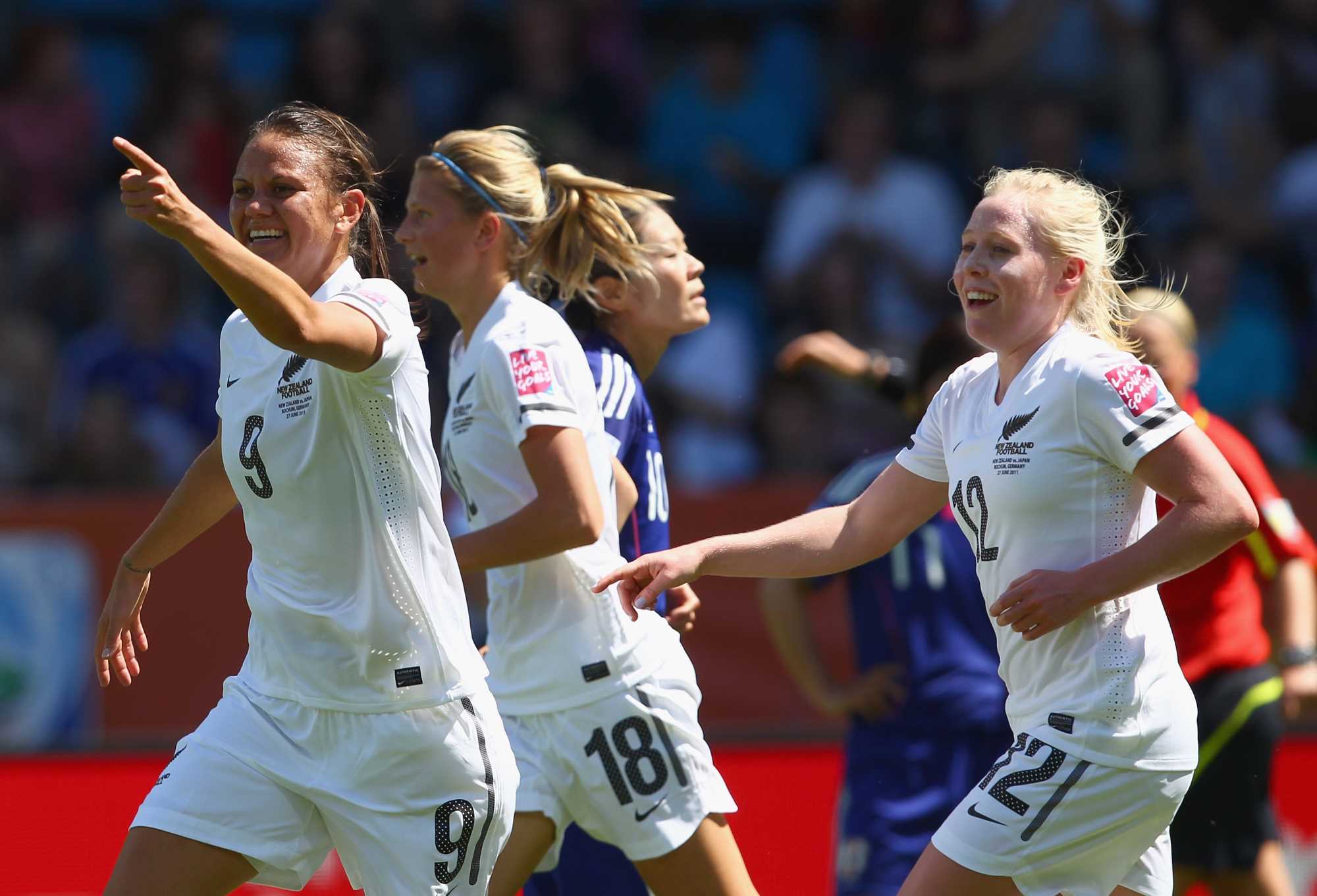 While her goal-scoring record for the Football Ferns will take some beating, Hearn has faith in those looking to follow in her footsteps.

“It was my time to step down but there’s so much potential in those replacing me. I’ve always encouraged Bambi [Rosie White] to fill my shoes and she has more than stepped up.”

Hearn did not get the chance to play for current Ferns coach Tom Sermanni but is looking forward to seeing the foundations she helped put in place be built upon.

“My goal was always for us to be successful on the world stage. I felt that breaking into the top eight was so achievable when I was playing but it just never happened,” she says.

Humble Hearn insists she has never taken much notice of her record-breaking exploits in front of goal and was more concerned with helping the Football Ferns compete on the world stage.

“I just did my job I guess. Stats are not really my thing, I’ve heard many times about being the top scorer but it always went in one ear and out the other. I’m not really that sort of person, I just had a role to play in this team and that’s what I did.”

Hearn says she will miss the camaraderie off the field just as much as playing at the highest level.

“I’ve really missed my gals since I’ve been unavailable – there is no other team like ours when it comes to a football family.”

While she is walking away from playing, Hearn plans to remain involved in football and is keen to pass her knowledge on to the next generation of Football Ferns.

“My ultimate goal is to stay on the path of football and coach,” she says.

“To be able to show young women that you can go and do everything as a female professional in football is everything I’d love to instil in this country.” 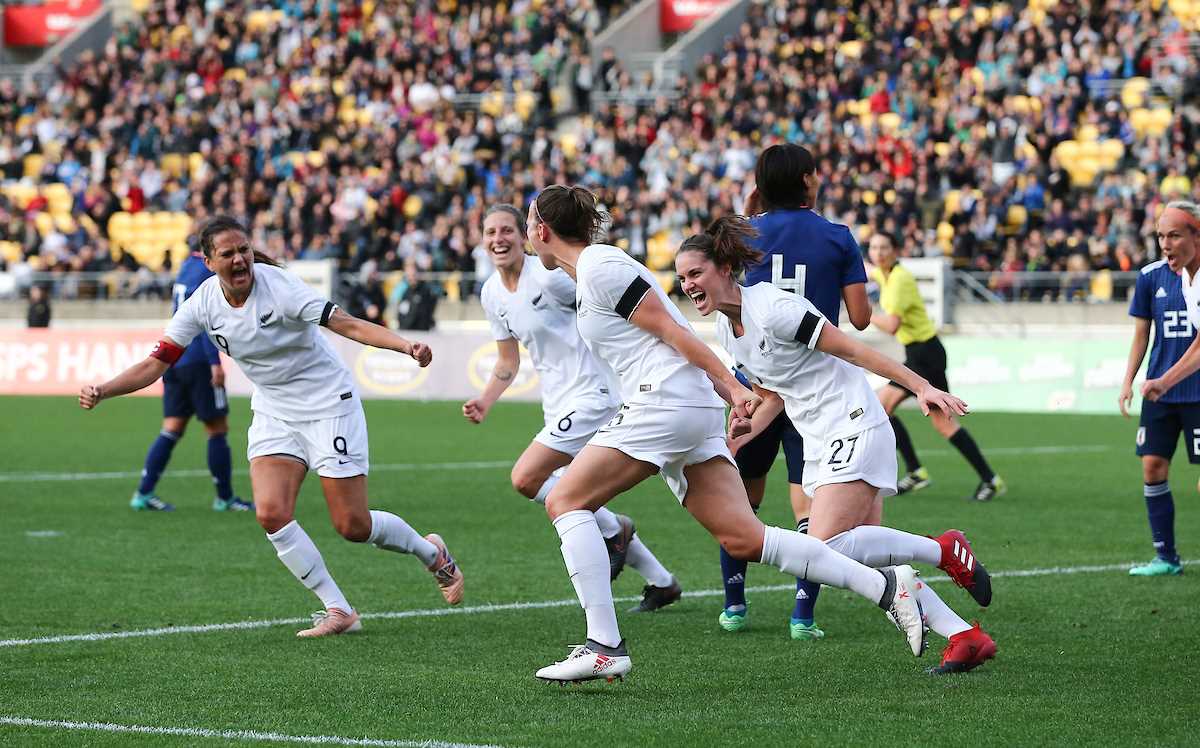