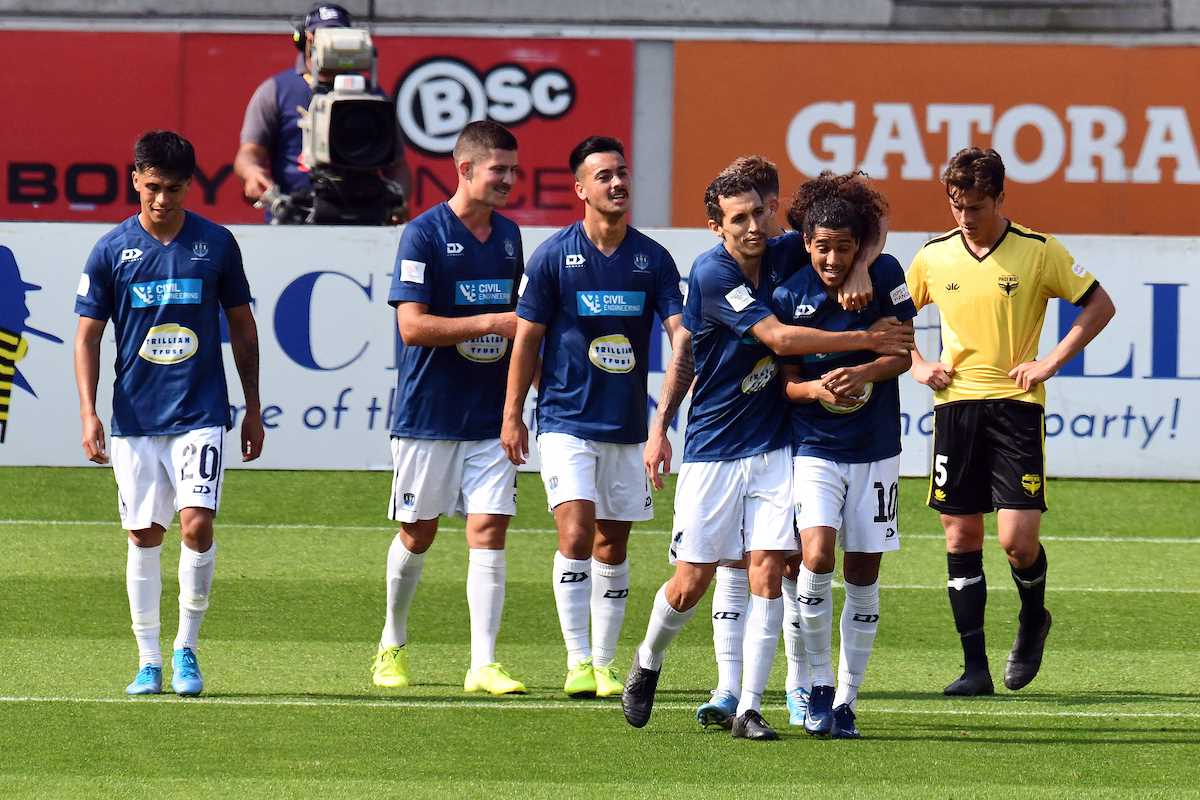 Auckland City have opened a small gap at the top as their closest rivals all dropped points in a competitive and physical week four of the ISPS Handa Premiership.

Auckland’s three-goal winning margin over the Wellington Phoenix Reserves at Westpac Stadium could have been greater with more composure from the penalty spot.

Logan Rogerson couldn’t hit the target when the Navy Blues were awarded an early penalty but, when Phoenix goalkeeper Zac Jones bundled Myer Bevan over just before half-time, Bevan stepped up to tuck away the resulting penalty and reward his team for their work.

City kept the pressure on throughout but could only make the game safe late, with a Dylan Manickum tap-in and a Jordan Vale pile-driver from the edge of the area making it a 3-0 win.

In Dunedin, Southern United went ahead in the first minute when Hamilton Wanderers goalkeeper Matt Oliver hit the ball into his own defender, leaving Abdulla Al-Kalisy to sweep the ball into the net. Skipper Cam MacKenzie made it two-nil ten minutes later and the match settled into a rhythm, with plenty of chances for both teams but no one able to convert.

The visitors will rue missing a late penalty that could have set them up for a charge, only to then see Al-Kalisy score his second immediately afterward and Joel Stevens add a fourth in injury time to inflate the scoreline somewhat.

In Sunday’s matches, Eastern Suburbs and Waitakere United played out a real arm wrestle at Madills Farm and couldn’t be separated. In a closely-contested derby, both teams were committed to their tackles, making sure the match officials had a busy afternoon.

Waitakere’s Dane Schnell opened the scoring, on hand to rifle in after the ball pinged around the penalty box. Dylan de Jong tapped home minutes later to even things up before Suburbs lost Martin Bueno to a red card on the stroke of half-time.

One-all it stayed in a match that lost its shape somewhat, with neither team giving an inch. Playing into the wind with ten men, Suburbs will be pleased with their application while Waitakere won’t be happy to be held for the second week in a row.

Canterbury United also had to settle for a draw at home to a determined Hawke’s Bay United, who came from behind to briefly take the lead before Juan Chang Urrea equalised a minute later.

Cory Mitchell had put the Dragons in front in the first five minutes but Hawke’s Bay made much of the play towards the end of the half. Ahinga Selemani equalised and then Sho Goto gave the Bay the lead, a fine reward for the visitors’ hard work, but Urrea’s goal ended the scoring at two-all, despite both keepers having a busy last 20 minutes. 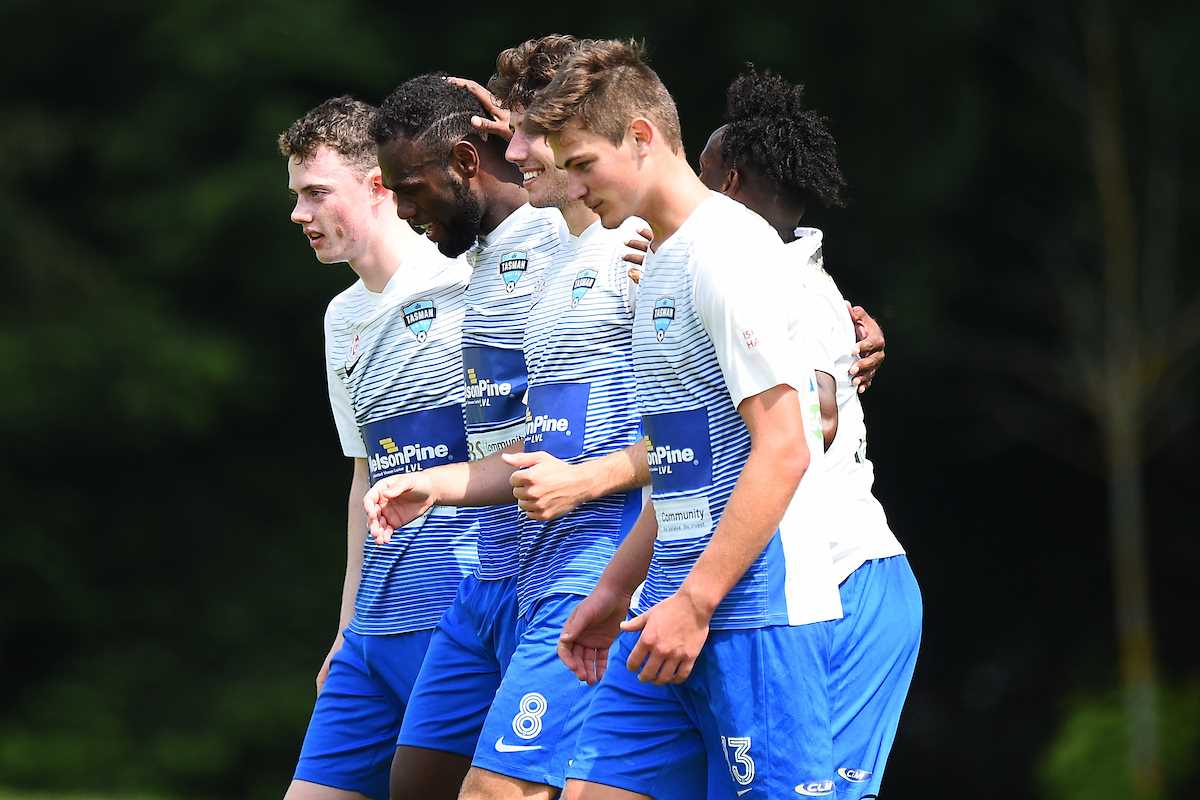 Tasman United secured their first win of the season in arguably the biggest upset so far, a penalty from New Caledonia international Jean-Philippe Saiko midway through the second half proving enough to edge out Team Wellington.

In front of an enthusiastic home crowd, United showed they were prepared to battle and there were some strong challenges from both sides.

Team Wellington chased the game late on but the hosts were able to hang on and get their season underway with three hard-earned points as the visitors tasted defeat for the first time.