Cacace: We want to make history 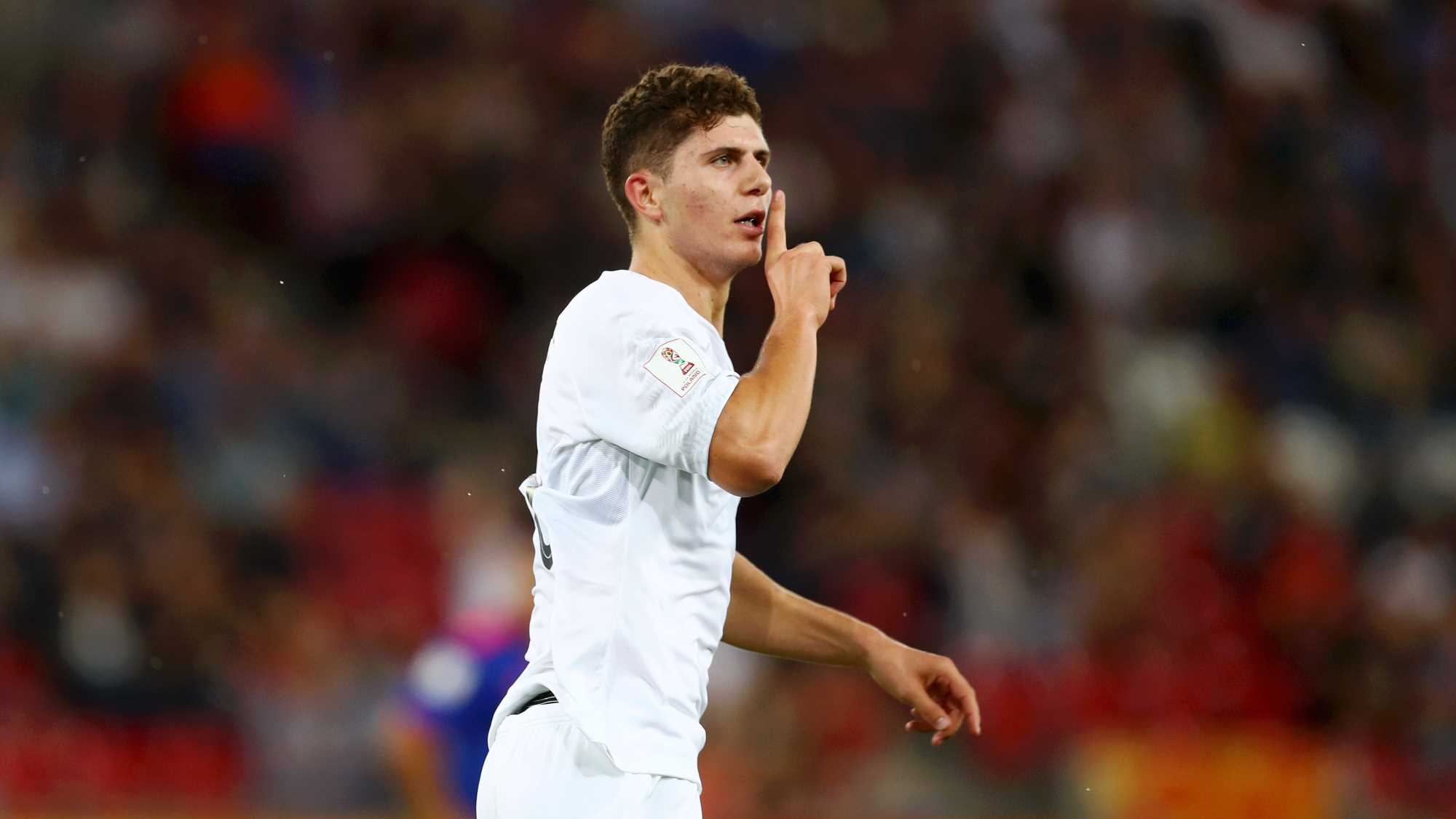 Liberato Cacace is buzzing to be back in the New Zealand shirt. Photo: Getty Images

The 18-year-old comes into the 2019-2020 season after a dream 12 months where he played almost every game for the Wellington Phoenix in the A League, made his All Whites debut and played a leading role for the NZ U-20s at the FIFA U-20 World Cup in Poland as they made the Round of 16.

He is one of five All Whites in Des Buckingham’s team – alongside Clayton Lewis, Myer Bevan, Logan Rogerson and Noah Billingsley – who travelled to Fiji on Wednesday for the OFC Olympic Qualifying Tournament.

“It is a good feeling to be back in the New Zealand shirt,” said Cacace.  “That was such a good tour to be part of – the U-20 World Cup in Poland – so I am just buzzing to be back and wearing the Fern again.

Cacace, who claimed the Young Men’s Player of the Year at the NZ Football Awards in July, said it was nice to reflect on a breakthrough season. He racked up more minutes than any of his Phoenix teammates and also scored his maiden goal in the A-League.

“When I look back I am proud of how much I achieved [last year] but I am not getting ahead of myself. I am taking one day at a time. I know I need to keep my feet on the ground and take things one step at a time. My goal is to keep improving every day.”

He said the New Zealand U-23 team is focused on one thing – booking their place in the 2020 Tokyo Olympics.

“This team is looking to create some history. We are all focused on qualifying for Tokyo. The last Olympic team unfortunately didn’t make it but we have our chance now. We have to go the extra mile. We want to qualify and make history for New Zealand.”

Cacace was late coming into camp after playing two preseason friendlies this week with the Phoenix in Australia. They drew 1-1 with Western Sydney Wanderers and 0-0 with defending champions Sydney FC.

He watched the NZ U-23 men compete well against the Australian U-23 men in the two international friendlies where they drew 1-1 in both games.

“I watched the second game on a livestream and they looked pretty good. I think we played really well and I felt we deserved more than a point from that game. There are some good signs there,” he said.  “I am pretty excited to add my experience to this group. Even though I am one of the youngest I can still add good value to the squad and hopefully show some leadership both on and off the pitch.”

The softly-spoken Cacace is excited about the busy international calendar coming up for New Zealand. He hopes to add to his two All Whites caps he earned in India last year when the national team takes on Ireland and Lithuania in November.

“It is really exciting to have the All Whites back in action,” he said.  “It is exciting with a new coach coming in, in Danny Hay. I have had a few chats with him and I think he will be really good for the team. It is a new, fresh start for the team and I will be buzzing for that as well.”

But first things first, and that is getting the job done in Fiji so they can start planning for the Tokyo Olympics.

The NZ U-23 men open their OFC Olympic Qualifying Tournament on Saturday afternoon against Samoa.