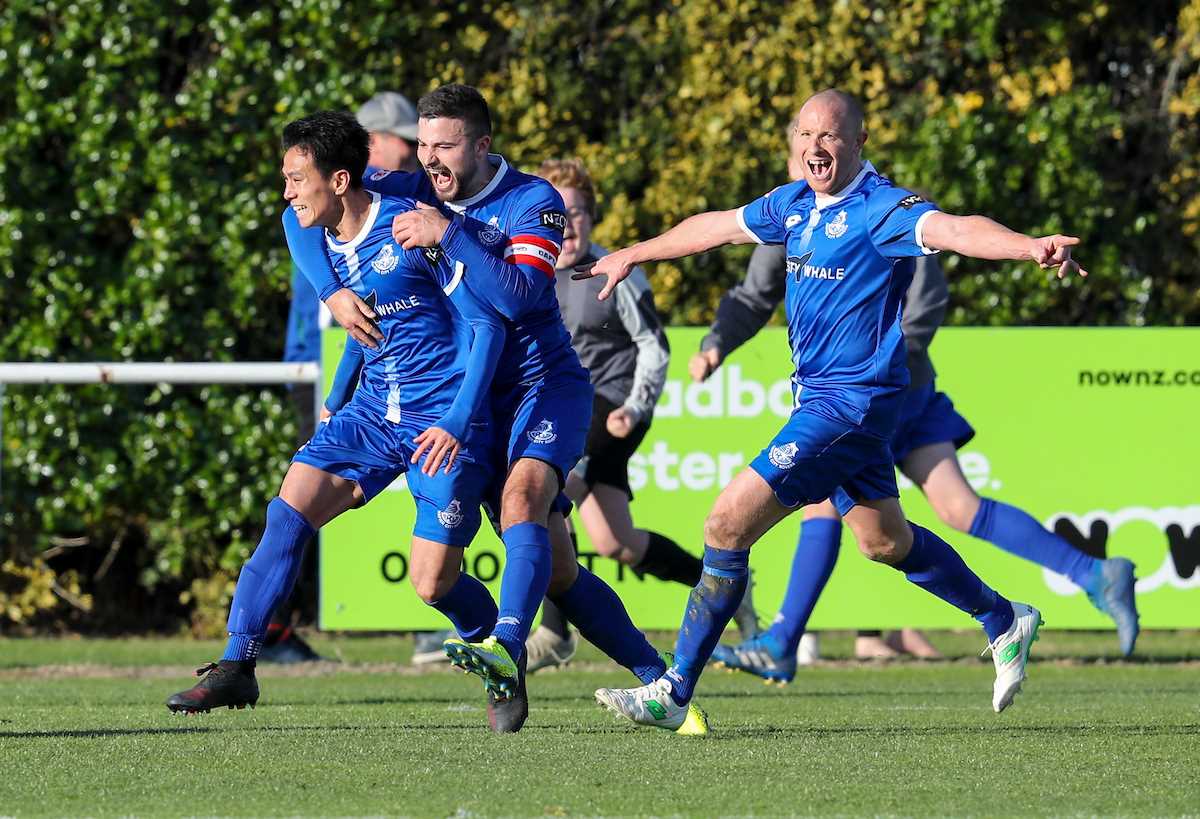 He’s done many things in his playing career but Bill Robertson would love nothing more than to hold aloft the ISPS Handa Chatham Cup on Sunday evening.

Four-time champions Napier City Rovers have not won the trophy since 2002 and Robertson is getting ready to lace up his boots for his third cup final against Melville United at North Harbour Stadium.

The centre back, who captained Team Wellington to the ISPS Handa Premiership title twice, has been the Napier City Rovers player-coach for the past six seasons. He said his team does not need motivating for the final this weekend.

Rovers have been in two finals in the past eight years – in 2011 they went down 2-1 to Wairarapa United and four years ago they lost by the same scoreline to Eastern Suburbs.

The 35-year-old from England says lessons have been learned from the experience of coming so close but missing out in the final.

“I suppose the Chatham Cup is the one that has got away from us in recent times,” he says.

“We have come close a few times and we set the goal at the start of the season to go as far as we can. We have gone a long way and we have one more hurdle to overcome. There are a few players in this squad who played in both those other finals and we are all really keen to try and tick this one off this time.”

Robertson says the team has been training well this week and the cup final has been the focus since finishing the league two weeks ago. They travel north with some confidence after defeating 2017 winners Onehunga Sports 2-1 to make the final.

“On our day we know that we can challenge anyone. Going into that semi-final, I think Onehunga were probably favourites and we came through with the result. It gives us confidence leading into the final. We have a squad heading into the final who are looking to apply themselves and hopefully the result will go our way.”

Robertson says a fifth Chatham Cup victory for Napier City Rovers would be a huge achievement. He says it would be a fitting reward for all of the people who volunteer and work behind the scenes at the club and further the history in one of New Zealand’s oldest sporting trophies.

“It is going to be a great occasion, I believe we have a large contingent of people coming up from the club so hopefully we can get across the line and give them some reward, and secure the fifth Chatham Cup win for Napier City Rovers.”

Robertson is expecting a tough game from Melville United who are looking to win the Chatham Cup for the first time in their current form.

“They are well coached by Sam [Wilkinson] and Michael [Mayne], I know they will be well organised," he says.

"Any side that gets through to the Chatham Cup final has plenty of strengths about them and we know that Melville are a quality side. But the focus is solely on us. We have pretty high standards at Napier City Rovers. We believe if we meet those standards and apply ourselves on the weekend then we’ll get the result.”

Robertson says it is difficult to explain what makes the ISPS Handa Chatham Cup final so special. To sum it up, it is the final that every player wants to play in and win.

“There is a bit more hype about it, the media talk about it and it is on television. It is a big spectacle. The prestige of the Chatham Cup and the history in this competition. It is hard to put into words really. Occasions like this don’t come around every week. I am sure the players are really looking forward to it and hopefully we can put on a good spectacle for the football public on Sunday.”

Both games live on SKY Sport