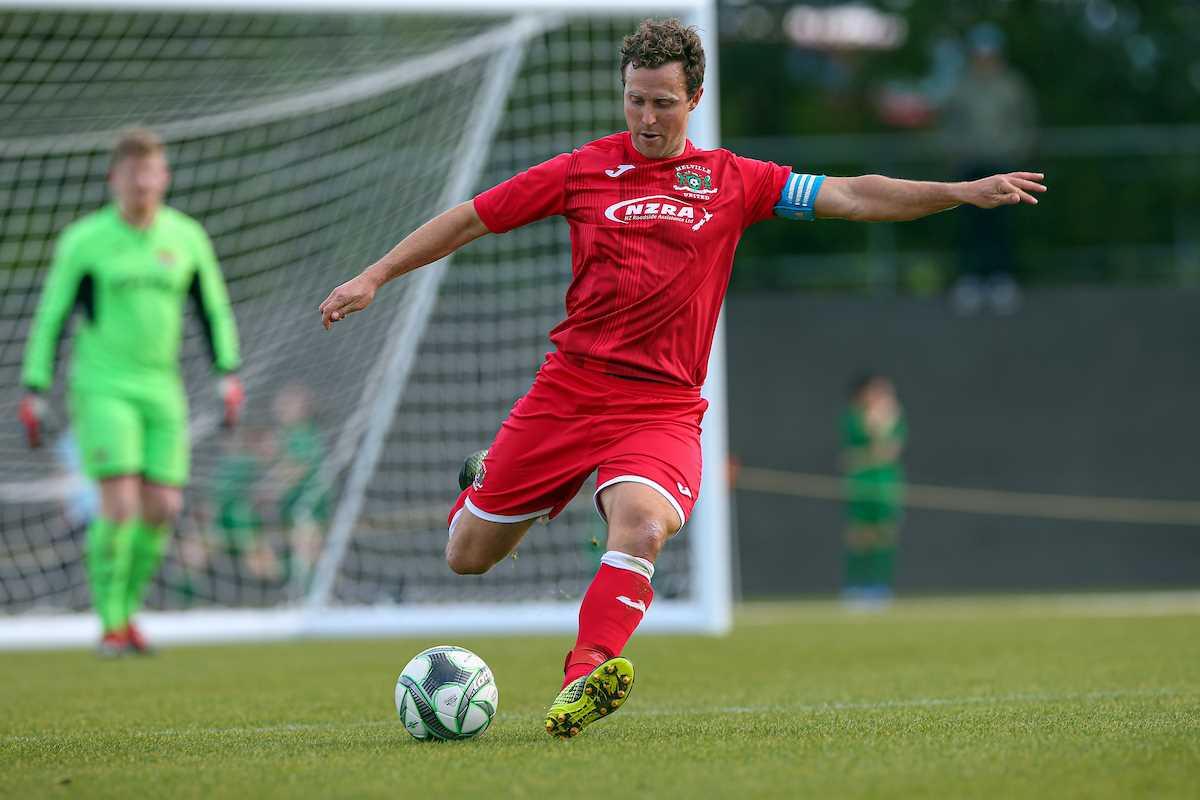 Former All White Aaron Scott was still in school the last time his beloved Melville United made the ISPS Handa Chatham Cup final. Sixteen years later, he is set to lead the team out as Melville again bid to claim one of the most sought-after prizes in New Zealand sport.

The Hamiltonians will take on Napier City Rovers on Sunday with the aim of going one better than they managed in 2003, when they scored first but went on to lose 3-1 to University-Mt Wellington.

“The excitement has really been building in the last few weeks and everyone is really looking forward to it,” says Scott at the prospect of having another crack at lifting the famous trophy.

“There’s been a lot of people come out of the woodwork to talk about their memories of 2003. I was a school boy at that stage watching the boys and had actually played for my school in the cup so was cup tied. So I remember things off the pitch but obviously the players from back still have a lot of memories of things on the pitch.”

Cup fever has swept over the club’s Gower Park home in recent days and Scott is expecting a large contingent of supporters to make the short trip north.

“The club are getting right behind it, there’s a couple of buses coming up and people are talking about it a lot,” he says.

“I’ve been at the national school boy tournament this week and there’s been a lot of people coming up wishing me all the best. So it’s in the knowledge of most people and it seems like we have the community right behind us – hopefully there will be a sea of red for the final.”

Scott and co would make history by lifting the trophy as Melville are yet to record a Chatham Cup win in their current guise, although they have triumphed in the past as Technical Old Boys in 1962 and Waikato United in 1988.

The furthest Scott has ever been is the semi-finals and finally getting his hands on the cup in the colours of a club he holds so dear would be a moment to savour.

“Watching the boys get to the final in 2003 and not win was pretty hard to take,” he admits.

“It would mean a lot to me personally to win it because I’ve been at the club for nearly 20 years now. I worked out that if I play next year it will be across the span of three decades being at the club, which sounds like a hell of a lot of years. So it means a lot to me and this is what you play for, to go and win things for the club,” he adds.

“On a personal level, I’m not sure yet but it could be the last time I play for the Melville first team so I want to go out with a bang and so do some of the other boys because there’s a few who are heading back overseas or moving on.”

Melville are slight favourites with the bookmakers but four-time holders Napier City Rovers are seasoned campaigners at the business end of this competition, set to appear in their third final in just nine years.

“We’ve focused on the league up until last weekend but we’ve got a few video clips that we’ve seen of them. We’ve tried to highlight a few points of where we think we might be able to expose them but also things we need to be wary of at the same time,” Scott says.

The experienced defender – who made eight appearances for the All Whites over a four-year spell from 2009 – puts Melville’s cup run down to the fostering of a collective philosophy and some potent attacking weapons.

“We’ve got a bunch of boys who really buy into what we’re trying to do and follow the beliefs of the coaches,” he says.

“But we’ve also got players who can create attacking things and utilise that to score goals. Rather than just being a good team, we can be a dangerous team so that gives us a chance. Some of the boys can finish nine times out of ten which is very pleasing as a defender – it’s great to have those guys in your team rather than marking them every week.”

The Welsh pair of Marc Evans and Craig Pritchard have been the most lethal so far, plundering 13 goals in Melville’s march to North Harbour Stadium. Napier player-coach Bill Robertson will therefore have his hands full in dealing with the deadly duo – both physically on the pitch and from a tactical point of view – and that battle could well have a big bearing on the outcome.

Both games live on SKY Sport