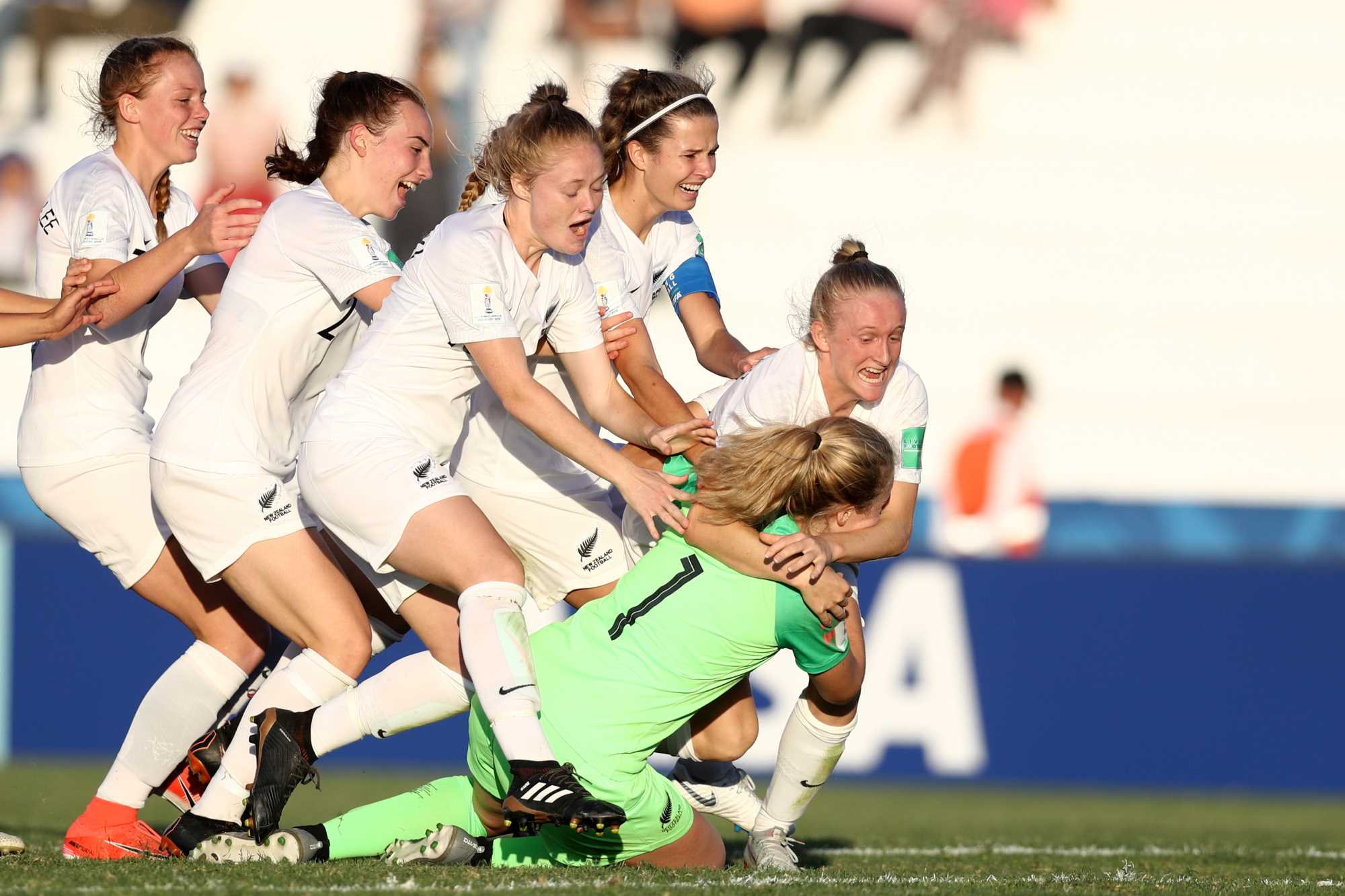 The New Zealand U-17 women’s team were the big winners at the annual NZ Football Awards tonight in Auckland.

Birnie said it was a humbling moment to be recognised again and claim four awards.

“On reflection, what our team was able to do in Uruguay last year was pretty special,” said Birnie.

“It was a great time for football, a great time for the girls and what we did was show New Zealand players what can be achieved on the world stage so for me that is really powerful and I feel very humbled and privileged to be a part of that.”

All Whites striker Chris Wood was named as the Player of the Year after his heroics in the English Premier League for Burnley where he scored 11 goals to help the club avoid relegation.

The 27-year-old was honoured to be named as Player of the Year ahead of Abby Erceg (North Carolina Courage) and Sarpreet Singh (formerly Wellington Phoenix) who also had excellent seasons on the world stage.

“It is a huge honour to be nominated as a finalist for this award, but to win it is just fantastic,” he said.

“Thanks to all of my team-mates and staff here at Burnley and to all of the people back home who have supported me.”

Former Football Fern Carol Waller became the first woman to receive the Friends of Football Medal of Excellence at the annual New Zealand Football Awards and was moved to tears by the gesture.

“I didn’t know I was receiving it as no one had said a thing to me about it,” she said.

“So it was a great shock and it put me into tears. But then I thought about it and realised it was great that someone had actually recognised the length of time that women’s football has been around in this country and my involvement in a game that I love.”

The three finalists in each category were selected by an independent voting panel which consisted of football journalists and former international players and coaches.

New Zealand Football Chief Executive Andrew Pragnell congratulated all of the winners on the night.

“It is great to bring everyone in the football and futsal community together to celebrate a big year for our sport,” said Pragnell.

“Well done to all of the 17 winners tonight and to all of the finalists nominated for the NZ Football Awards. We are proud of your achievements both here in New Zealand and on the world stage.”

Brought to you by Rembrandt and staged in conjunction with Friends of Football and the NZ Football Foundation, the awards celebrated performances and achievements in the calendar year of 2018 (in the case of the ISPS Handa Premiership, it was the 2018/19 season that was taken into account).

Player of the Year
Chris Wood

Team of the Year
New Zealand U-17 women