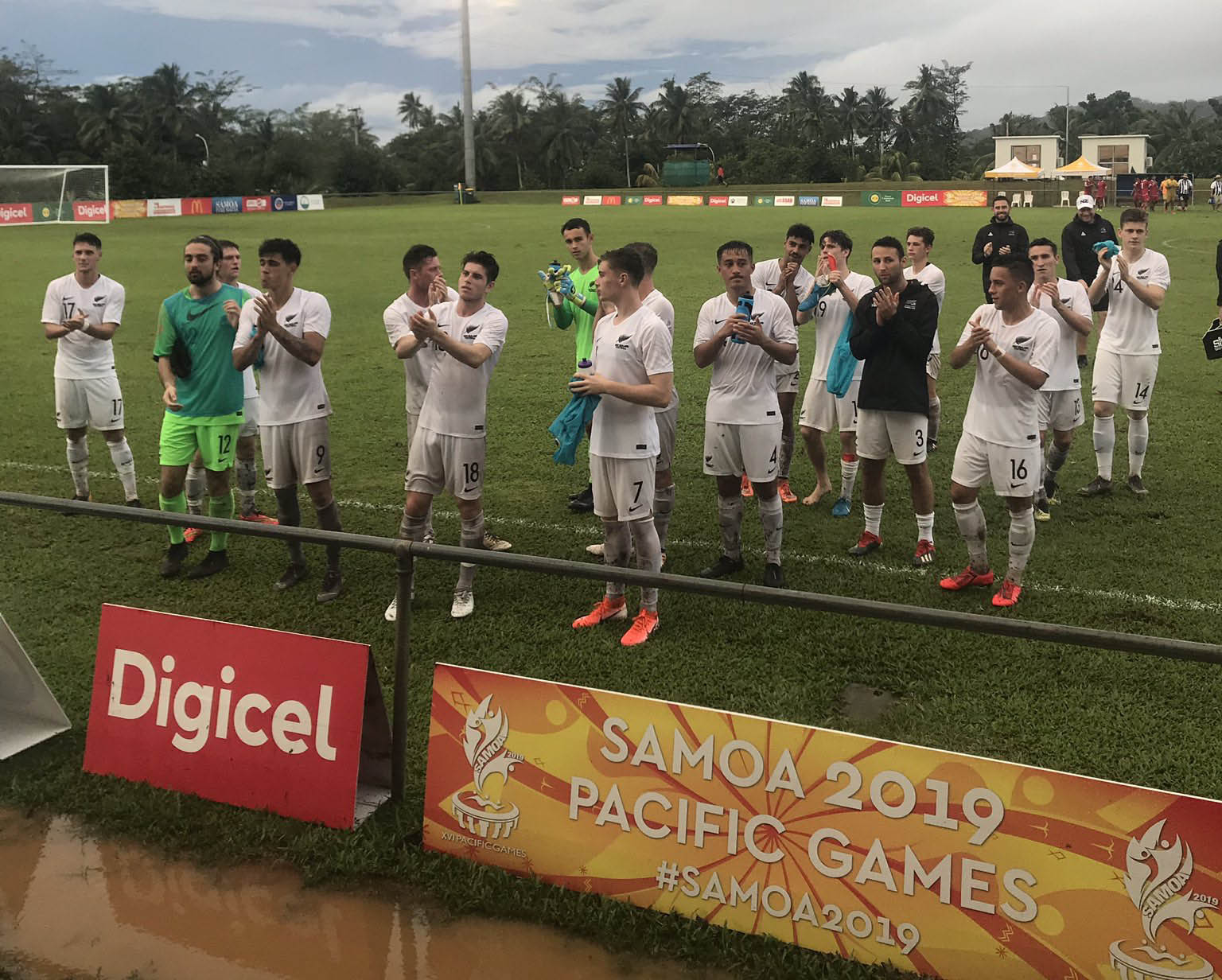 The New Zealand Under-23 men have got off to the perfect start to the 2019 Pacific Games in Samoa when they beat Tonga 13-0 at the JS Blatter Football Complex in Apia.

Head coach Des Buckingham, who last month led the NZ U-20 men to the Round of 16 in the FIFA U-20 World Cup in Poland, said the first-up performance from his squad was pleasing.

“Traditionally when we have come to the Pacific Islands we have resorted back to a different, more direct style of football so it was pleasing with the way the team was set up and we continued to try and play the way we did with the 20s. The performance was the most pleasing part,” he said.

Buckingham handed three-cap All White Logan Rogerson the captain’s arm-band for the opening game of the tournament, and the forward celebrated that milestone with a hat-trick before half time.

The New Zealand U-23 team headed into the unknown with this tournament with an age group team taking on senior men’s teams so Buckingham said it was pleasing to make a strong start.

“The starting line-up that we had today averaged 19 years of age so we have talked about taking away an U-23 team but the starting XI today was much younger than that. Full credit to the guys, there were several debuts, and a number of players who scored their first goal for their country and Logan captained his country for the first time so they are hugely proud moments for the players and their families.”

The New Zealand U-23 team will look to continue their momentum when they face hosts Samoa in two days’ time at the same venue.

“On the back of only six sessions together, today’s performance is a good start and that is all it is. The performance was very pleasing both individually and collectively, and the result has set up well for the game on Wednesday.

“Samoa will be a tough challenge. There is a really good following for the football over here and I am sure they will turn out in numbers for that one. Samoa have been together for two months to get ready for this tournament and while the results here are important to us, the longer-term view is to get ready for September [OFC U-23 Championship].”

In Group B, the Solomon Islands also made an impressive start to the 2019 Pacific Games when they defeated Tuvalu 13-0, while New Caledonia beat American Samoa 5-0.