Chance making most of chances 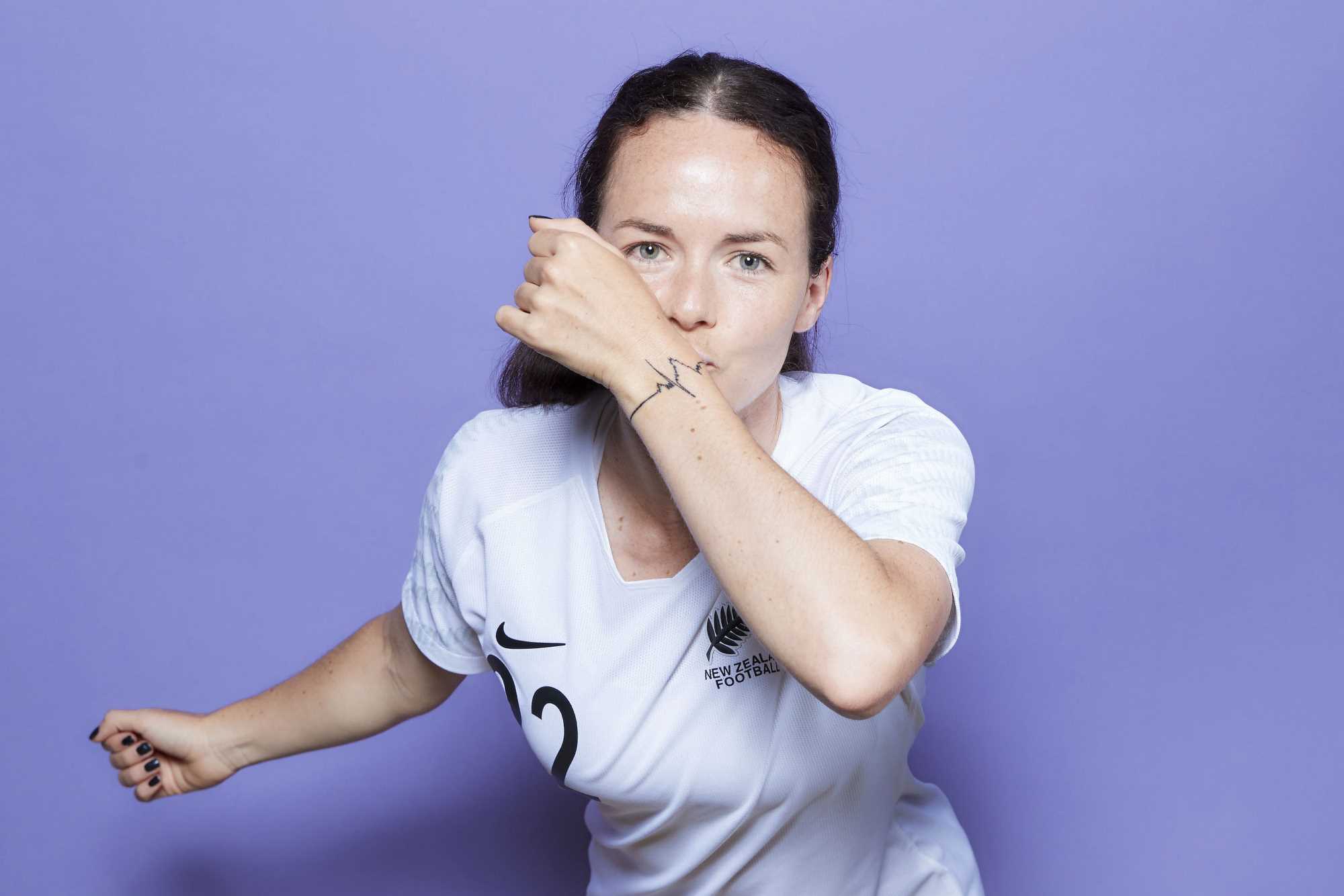 Football Ferns midfielder Olivia Chance is currently without a club but that is not likely to last for long if she continues to catch the eye at the FIFA Women’s World Cup.

Sidelined for a year through injury and yet to earn a regular starting berth for her country, the inclusion of Chance in the line-up for New Zealand’s tournament opener against the Netherlands may have come as a surprise to some.

But the 25-year-old more than justified her selection with an impressive display and, with a bit more luck, her exploits could have turned the match in the Football Ferns’ favour.

Chance was just 12 minutes into her senior World Cup debut when she picked up a loose ball just outside the area and sent a near pin-point strike into the underside of the cross bar and was just as close to helping her team get on the scoresheet early in the second half. She almost turned provider this time, directing a low ball across the face of goal that striker Sarah Gregorius was only inches away from getting her boot to.

The Oceania champions had another couple of opportunities to take the lead and were made to pay for not doing so when Jill Roord found a dramatic winner for the Dutch with one of the last plays of the game.

It was a devastating way for such an accomplished showing from New Zealand to come to an end but Chance says picking themselves back up won’t be a problem for the players.

“To lose it so late after the performance we put in was heart-breaking really but it’s only going to fuel us for the next game,” she says.

“That loss has really helped us all come together and be strong. If we could, we’d like to play the next game tonight – that’s how much we want to get back out there and win it.” 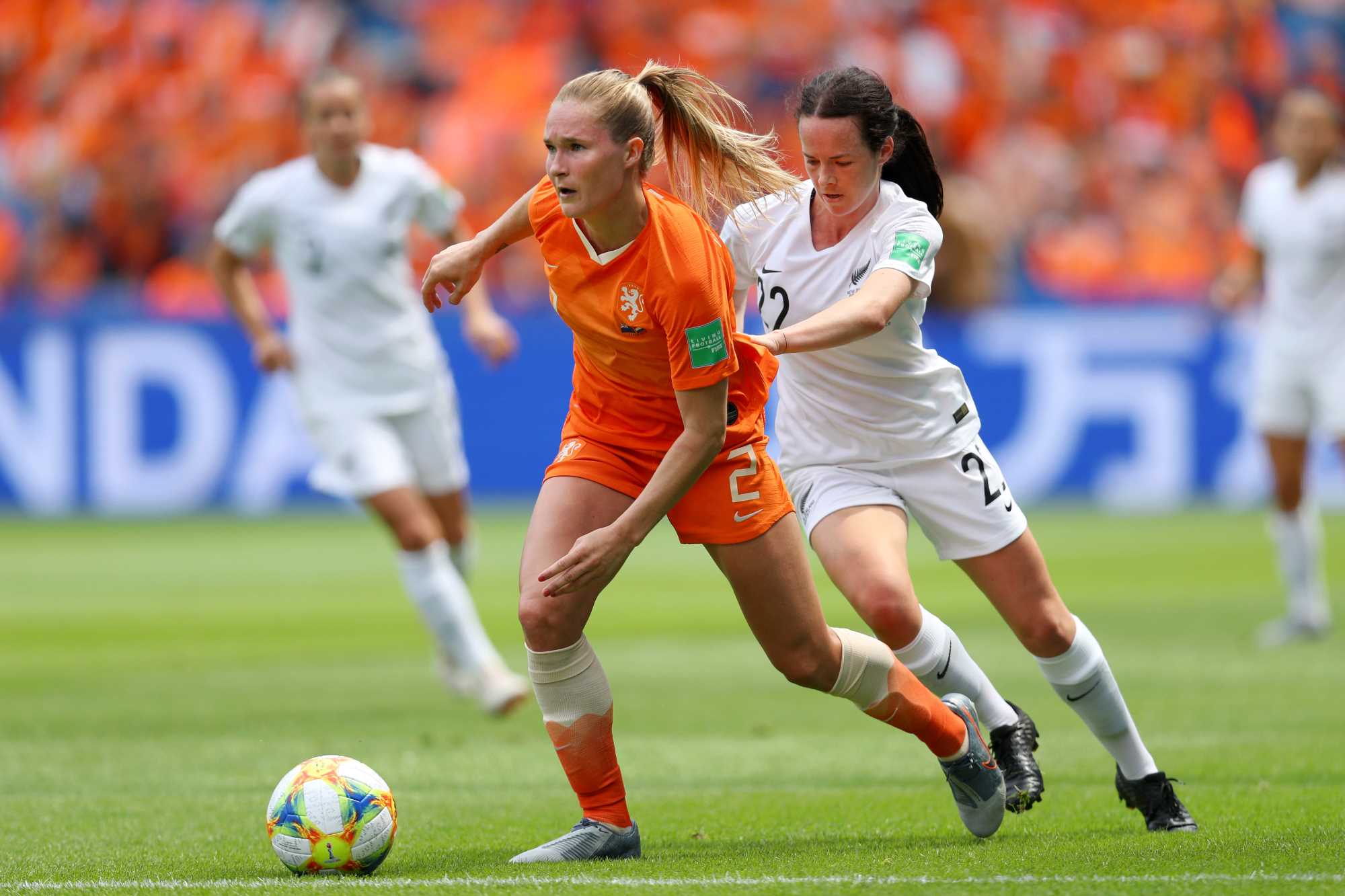 Olivia Chance battles for possesion against the Netherlands (Getty Images)

Chance and co instead have to wait until Sunday morning (NZT) to return to action against Canada and, after missing out on what would have been a well-deserved point first-up, are already coming close to must-win territory.

On paper, Canada is not an ideal opponent to be facing in such a scenario as the Football Ferns have earned only one win over the North Americans in 11 attempts – and that sole victory came way back in 1987.

Ranked fifth in the world, Canada possess one of the most decorated players in the history of the women’s game in Christine Sinclair, who is just four goals away from becoming the world’s top international scorer of all time, male or female.

But New Zealand proved they can get the better of any team in the world with a 1-0 win over England in their pre-tournament build-up and Chance believes they can respond to the pressure in appropriate manner.

“Both of their forward players, Sinclair and Jessie Fleming, are really good on the ball and can put it in the back of the net so they’re always going to be big threats. But they also have a strong backline and a good work rate in midfield so we need to make sure that we’re tight and score some goals this time,” Chance says.

“We can’t relax, we have to pull out the same sort of performance we did against the Dutch. But I love that pressure so bring it on.”

Even if she doesn’t manage to fulfil her World Cup goals with the Ferns, just being on the pitch in France is an achievement for Chance, whose hopes of making it were hanging by a thread due to her lengthy time out through injury.

The former Everton player finally pulled on a Ferns jersey once more against Norway in April and has since set her sights on impressing coach Tom Sermanni.

“For me, it was always about getting back from injury, then trying to work my way into the team and make it hard for Tom to not want to put me in the starting eleven,” she says.

“Hopefully, I’ve done that from my performance against the Netherlands and I can give more every time I’m on the field.”