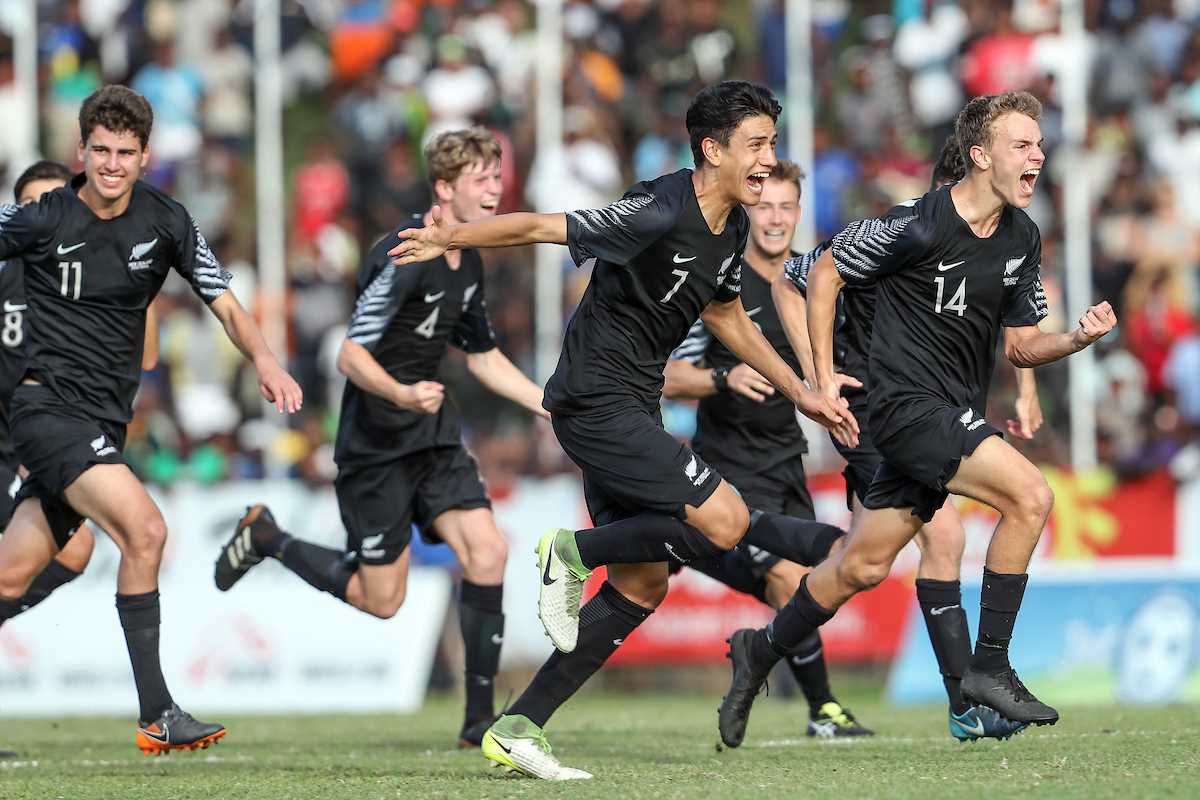 The New Zealand U-17 men’s team that takes part in the Panda Cup later this month will have an excitingly fresh look to it after the welcoming of several new players into the fold.

The core of the group that qualified their country for this year’s FIFA U-17 World Cup last September have kept their places but will be joined by five newcomers in Nicholas Milicich, Robert Sabo, Jackson Simpkin, Keegan Jelacic and Jesse Randall.

Coach Jose Figueira has deliberately kept an open mind as he looks to find a winning formula for the World Cup, which will be staged in the football-mad nation of Brazil in October.

That policy has unearthed the likes of Simpkin and Jelacic, who are both based in Australia, while their fellow newcomers have likewise caught the eye in recent months.

While pleased to have such depth at his disposal, Figueira admits the strong talent base has made his selection job difficult.

“It was a really, really hard decision,” he says of naming an 18-player line-up for the Panda Cup, which pits New Zealand against hosts China, Korea Republic and Thailand from 25 May.

“A few disappointed players have missed out on this trip but, at the same time, I think it’s a really good position to be in ahead of the World Cup. The group is looking really strong and things are coming together nicely – it’s certainly a good problem to be having at this stage.”

With players in the U-17 age group developing at a rapid rate, Figueira has closely followed the progress of as many as possible.

“It’s always key to keep an eye on who’s developing and who continues to do well in their environments. We’ve kept the net cast really wide, not just in New Zealand but over in Australia as well,” he says.

“The two boys joining us from Australia are both already playing state league in the Queensland Premier League. It’s great to have players who will bring something a bit different and some real quality,” he adds.

“And we’ve seen some players who have had a breakthrough summer, playing in the National Youth League and getting some minutes in the ISPS Handa Premiership. So it’s been a really progressive six months since the qualifiers and it’s good to see some new faces and energy coming into the group.”

The three-match format of the Panda Cup serves to replicate the group stages of a World Cup and Figueira feels the experience will prove invaluable.

“First of all, it’s about whether the players can go out there and show their personality and the way we want to play against some top opposition,” he says.

“Secondly, it’s the mentality. It’s going to be big crowds, playing away from home and playing under pressure. We had that experience at the qualifiers of playing in front of 12,000 fans and we’ll hopefully get that again. We want to see which players come through with flying colours in that test and it should be exciting for us.”

New Zealand will take part in the Panda Cup at the Chengdu Shuangliu Sports Centre, Chengdu from 25 – 29 May.