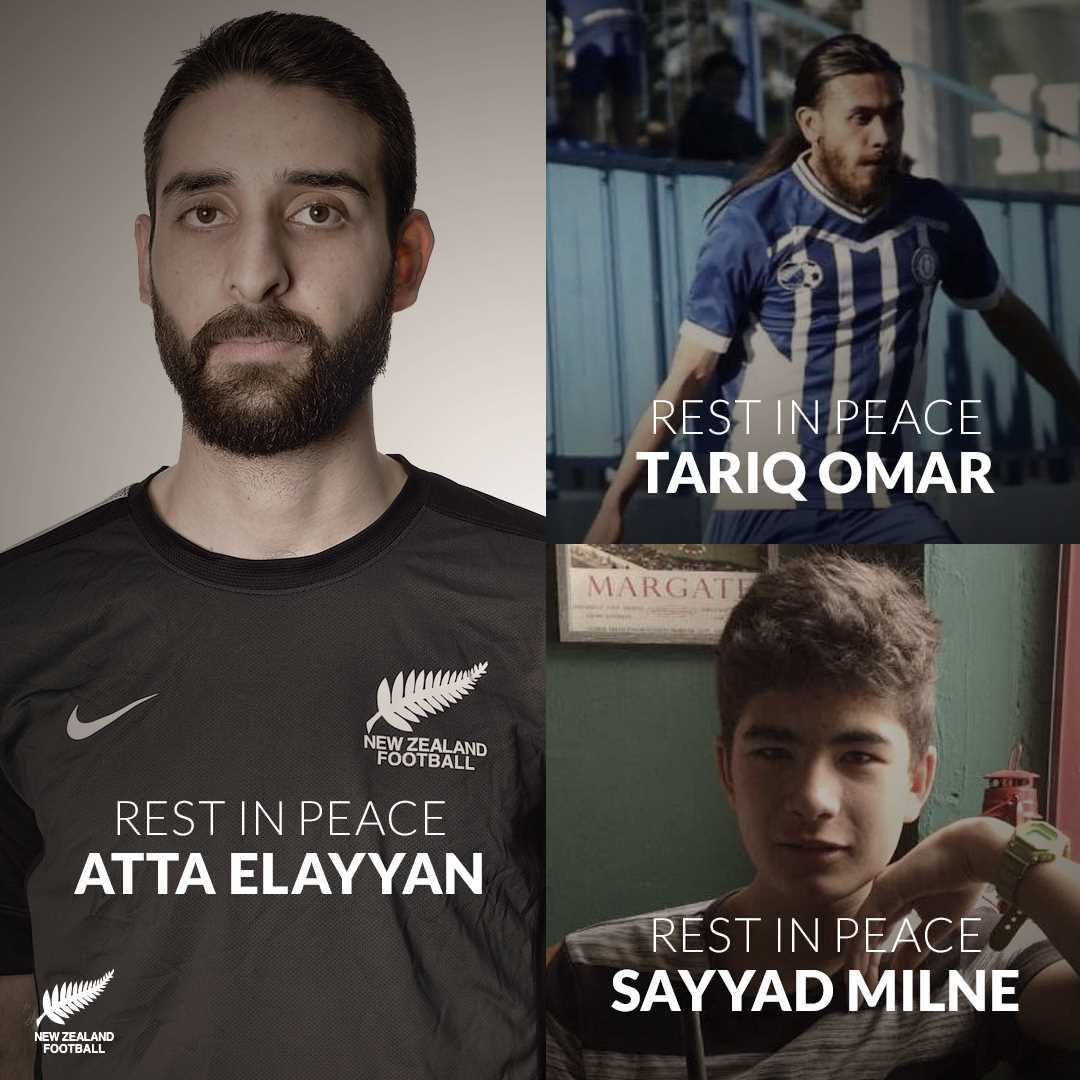 New Zealand Football is deeply saddened to hear of the passing of three members of the football and futsal family.

Futsal White Atta Elayyan, the 33-year-old goalkeeper, who had played 19 A Internationals for the Futsal Whites, was one of the victims of the terrorism attack in Christchurch on Friday afternoon.

New Zealand Football is devastated to learn that Mainland Football members Tariq Omar (24) and Sayyad Milne (14) were also killed in the attack.

Elayyan was praying at the Masjid Al Noor Mosque next to Hagley Park when he was shot. He has been confirmed by his family to be in the 50 people killed in Christchurch.

The Kuwait-born Elayyan, who was a respected member of the Christchurch tech industry, leaves behind his wife Farah and his young daughter Aya.

New Zealand Football Interim Chief Executive Andrew Pragnell said it was a sad day for New Zealand. He was thinking of all the people involved in the tragedy, the Mainland football and futsal community, and most importantly Elayyan’s family.

“It is still hard to comprehend what happened in Christchurch on Friday afternoon,” said Pragnell. “On behalf of everyone at New Zealand Football our thoughts and prayers go out to anyone who has been affected by these heinous acts of violence.  My heart goes out to the futsal community. They are a very tight-knit group and this news of Atta’s death will be devastating for all involved in the game. We feel their pain and their grief.”

"The further news of Tariq and Sayyad also being killed in this attack is shattering and our thoughts and prayers are with their families."

Josh Margetts, the Futsal Development Manager at New Zealand, was a team-mate of Elayyan in the Futsal Whites and was devastated to hear the news.

“Atta was a great man and well-liked by everyone in the Futsal Whites squad and the futsal community,” said Margetts. “There are no words to sum up how we are all feeling. There is huge hole in our hearts as we come to terms with the loss of a great person and a good mate. He will be sorely missed.  To Atta’s family, we are deeply sorry for your loss. We can’t imagine what you are going through, but please know we love you and we are here for you during this incredibly difficult time.”

Julian Bowden, the Chief Executive of Mainland Football, said it was an incredibly sad day for the federation.

“Our deepest sympathies go out to Atta’s family in their time of grieving,” said Bowden. “We grieve with you. Atta was a popular member of the Canterbury United family and we are all in a state of shock with this news. On behalf of everyone at Mainland Football, we reiterate what many have said that Friday’s attack is not our New Zealand.”