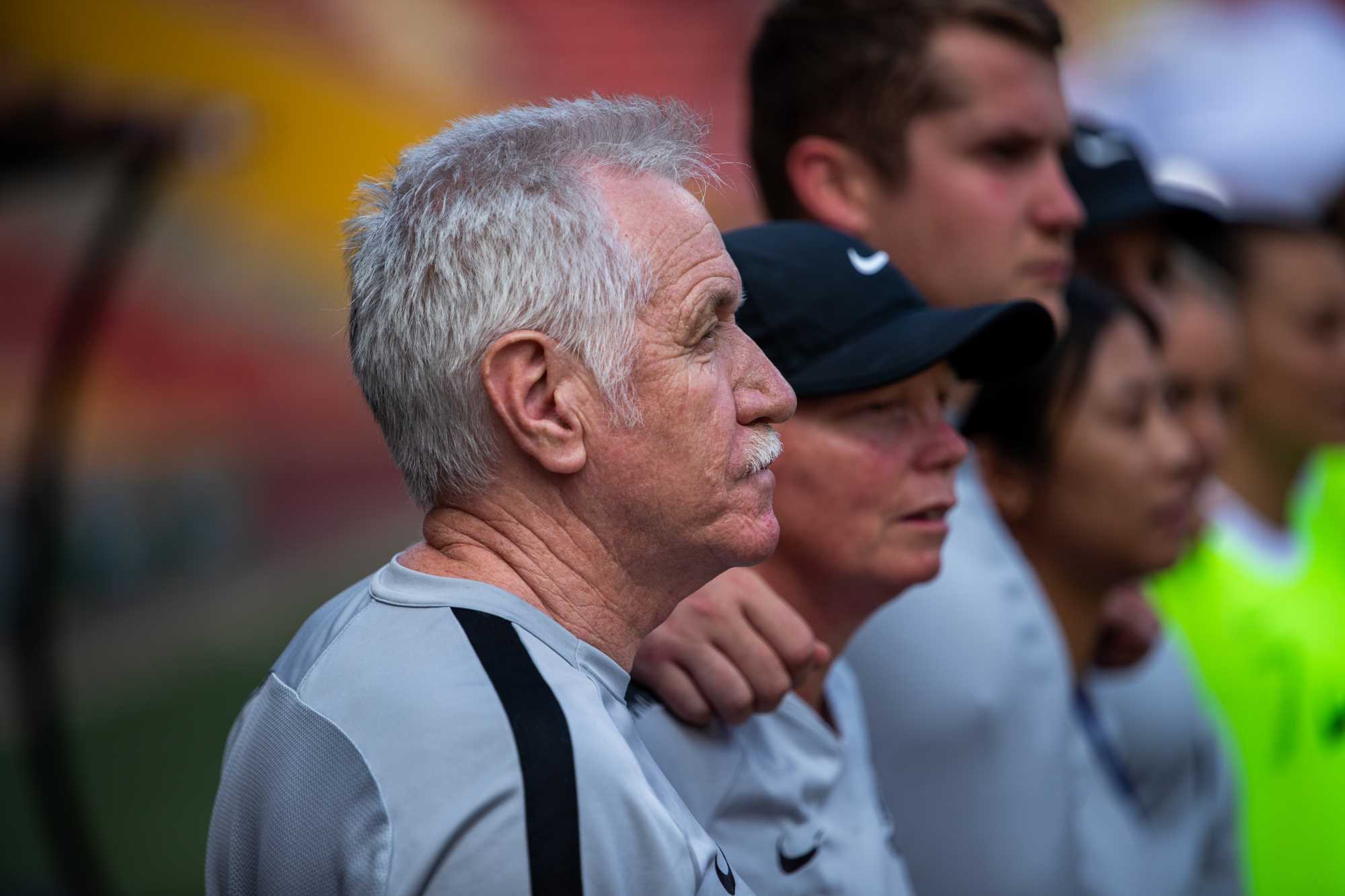 Football Ferns coach Tom Sermanni has made two changes from the Cup of Nations Cup squad for Norway. (Finn Cochran)

Football Ferns coach Tom Sermanni has named a strong squad to compete in two international friendlies against Norway next month in Spain.

The World No 19 Ferns, who last week competed at the Cup of Nations in Australia, will take on the World No 13 in two games on 5 and 9 April during a training camp in Marbella, Spain.

Sermanni made two changes to the squad that travelled to Australia. Midfielder Olivia Chance returns from injury and goalkeeper Anna Leat is replaced by Nadia Olla.

“It is great to have Olivia fully-fit and available for selection,” said Sermanni. “It’s our first opportunity to see Olivia and we know she has worked very hard in her rehab since her ACL operation.

“Anna has had a huge 12 months for a young woman. She has attended two age group World Cups and has had a lot of football. It is great to bring in Nadia into the squad.”

Experienced forwards Amber Hearn and Hannah Wilkinson, who are also recovering from ACL injuries, were not considered for selection.

Sermanni said the team learnt a huge amount in the Cup of Nations and they need to keep improving as they build towards the FIFA Women’s World Cup in June.

The Ferns lost 2-0 to World No 6 Australia, defeated Argentina 2-0 thanks to a wonder-goal from CJ Bott and competed well with World No 14 Korea Republic before going down 2-0 in the final 20 minutes.

“We got exactly what we wanted from the tour in Australia,” said Sermanni. “We came up against some world-class sides and got to see where our players are at and where we are collectively as a team. It is important that we build on those performances and we will with more time as a team but also at a different time of the season. With more game time and more conditioning, this team will only get better.”

Norway will also use the internationals in Spain to get ready for the FIFA Women’s World Cup and will be another tough opponent for New Zealand.

They have qualified for eight FIFA Women’s World Cups since the tournament began in 1991. They were the champions in 1995 when they defeated Germany in the final.  They also won the Olympic Gold Medal at the 2000 Sydney Olympics.

The Maren Mjelde captained side, who plays alongside Football Ferns captain Ali Riley at Chelsea in England, have won the Algarve Cup in Portugal four times.