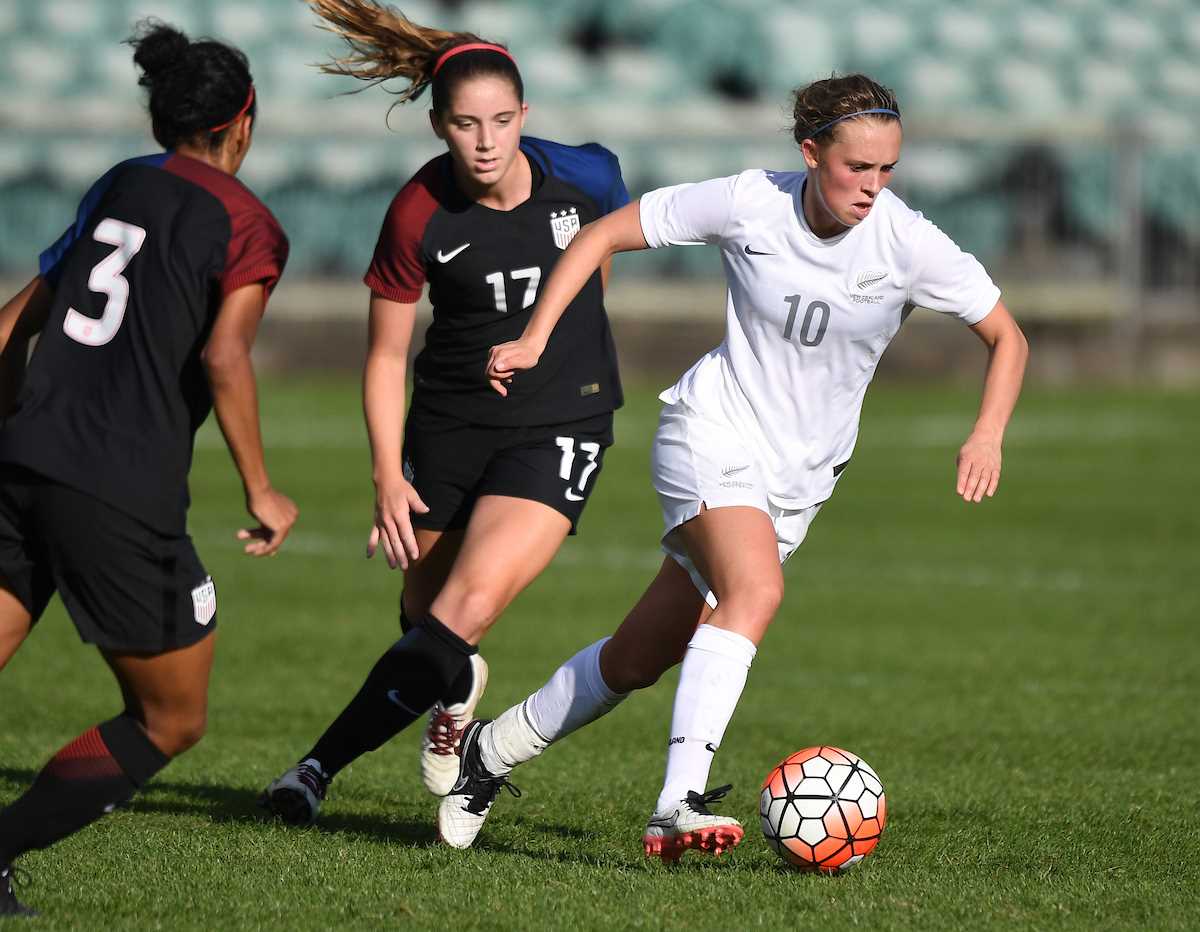 The Football Ferns are in Australia to take part in the inaugural Cup of Nations against the hosts, Argentina and the Korea Republic.

Each member of coach Tom Sermanni's squad is looking to secure a place in his plans for the FIFA Women's World Cup, which takes place in France during June.

But there are several players in particular with something to prove after not featuring in Football Ferns squads for some time due to various reasons.

Below are profiles of three players to keep your eye on in Australia as the Ferns take on three world-class opponents.

Striker Kete is one of several players, including former captain Abby Erceg and veteran Katie Duncan, to be lured back to international duty by the appointment of coach Tom Sermanni and the Ferns’ recent success in winning the OFC Women’s Nations Cup.

Kete debuted for New Zealand in 2007 and has made nearly 50 appearances, putting her just outside the top 20 of highest cap-earners. She was included in the squad for the 2015 FIFA Women’s World Cup but did not add to her tally and her last cap actually came seven years ago. The 31-year-old was therefore a surprise inclusion in a wider training camp last month and did enough to be selected for the inaugural Cup of Nations.

After coming through the ranks at Three Kings United, Auckland-born Kete went on to play in Canada, England, Finland, Australia, Germany and the United States but then stepped away from football and is currently without a club. She completed a bachelor of science degree, majoring in psychology, during her time away from the game and is planning to continue her return by trialling at clubs in the United States.

With Amber Hearn and Hannah Wilkinson both in doubt to take part in the upcoming World Cup due to injury, Kete provides Sermanni with another attacking option and will use the Cup of Nations to press her claims. 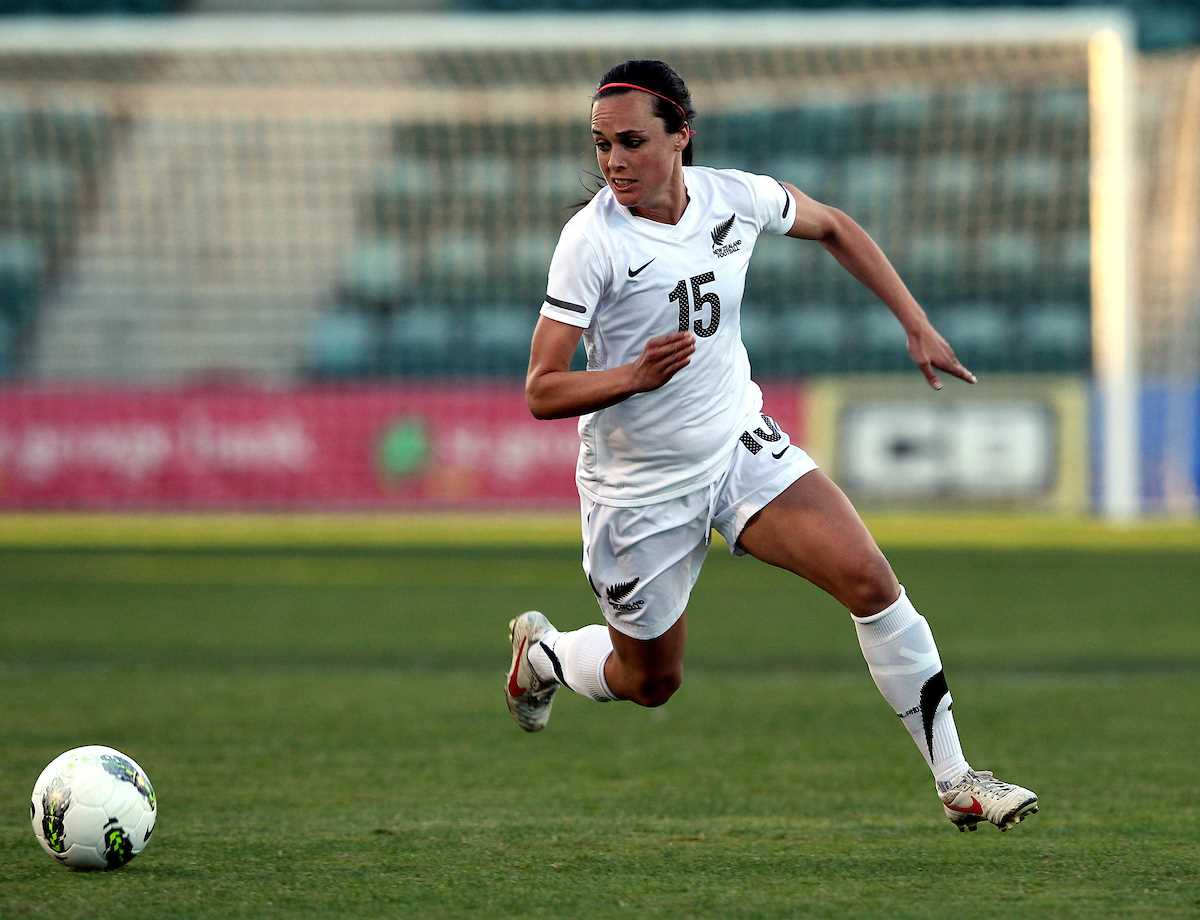 Emma Kete last played for the Football Ferns in 2012 (Photosport)

Still only 21, midfielder Cleverley has been a full international for nearly five years, making her debut as a prodigiously talented teen in 2014.

Always among the most gifted players in her age-group, she was earmarked as a future international star early on and played a prominent role in her country’s campaigns at multiple U-17 and U-20 World Cups. But her progress has since been stunted by injury and she has made only six appearances for the Football Ferns.

She was part of the squad for a two-match tour of the United States in 2017 but picked up another injury and has not featured for the Ferns since then. Now based in the States, the Aucklander previously played for Western Springs, Lynn-Avon United, Eastern Suburbs and Forrest Hill-Milford United in her home city. She attends the University of California, Berkeley and plays for their ‘Golden Bears’ women’s team while majoring in environmental economics and policy.

Having hopefully put her fitness concerns behind her, she was invited by Tom Sermanni to take part in last month’s training camp and will complete her Ferns comeback by taking the field at the Cup of Nations. Cleverley faces stiff competition from the likes of Katie Bowen, Betsy Hassett, Annalie Longo and Katie Duncan for a central midfield berth but the Cup of Nations provides the perfect platform to start putting her hand up.

A star on New Zealand’s domestic scene for a number of years, Phillips waited patiently for an opportunity to take her career to the next level and was included in the inaugural intake of the Future Ferns Domestic Programme (FFDP) in 2017. That programme serves to prepare players for entry into the professional game and worked a treat for Phillips, who finally signed a contract with Spartak Subotica in Serbia at the age of 26.

She was on the move again after a six-month stint though, heading to the United Kingdom to play for Cardiff Met in the UEFA Women’s Champions League. But her time in Wales was brief and she soon became the latest in a growing list of Kiwis to have passed through German Bundesliga outfit USV Jena, following in the footsteps of Amber Hearn, Ria Percival, Abby Erceg and CJ Bott.

The speedy striker is now one of two Football Ferns at the Northern Tigers in Australia – the other being young midfielder Malia Steinmetz – where her playing commitments are supplemented by helping to coach young girls’ teams at the club. Having put her previous career as a teacher on hold, Phillips will be hoping to find a settled club environment where she can launch a bid to be an important part of New Zealand’s campaign at the World Cup.

Debuting in 2015, she is still looking to establish herself firmly on the international stage and has six caps to her name, scoring one goal. Like Emma Kete, she will be looking to take advantage of the absence of injured duo Amber Hearn and Hannah Wilkinson to force her way into Tom Sermanni’s starting line-up at the Cup of Nations.