Q and A with Abby Erceg 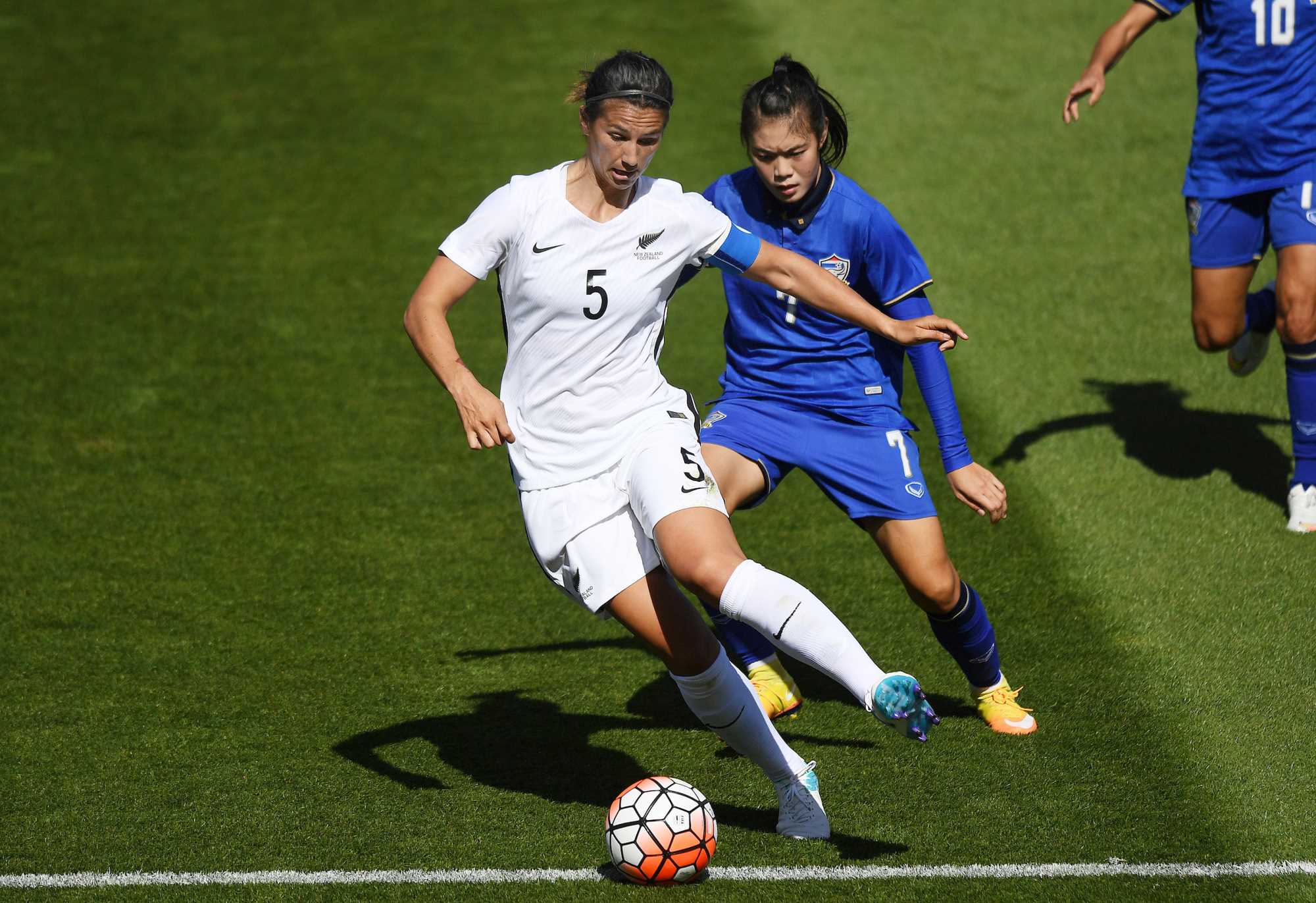 Abby Erceg says she cannot wait to reunite with the Football Ferns family. The experienced defender, who has played 132 'A' internationals for the team since making her debut in 2006, has made herself available for the Football Ferns as they prepare for the 2019 FIFA Women’s World Cup. We caught up with the 29-year-old who is on holiday in Northland to discuss her potential return to international football.

Abby welcome back to being available for the Football Ferns, you have had some conversations with Head Coach Tom Sermanni in the past few weeks, can you talk us through your decision?

Obviously, it was a big decision again. It was pretty hard the first time and even harder the second time. I worked with Tom for a number of years and we have had conversations around what the future of New Zealand Football looks like. He is obviously keen to have the best players on the team. I really want to do everything I can to help the team at these big events. That is what it has all been for. If he thinks I can add to that environment then I am more than happy to come back and try and do that.

It hasn’t been an easy period for you with the last regime but are you confident and comfortable in the environment you are going back into?

It has been a big couple of years. I felt I needed to take a bit of a stand and there have been a lot of changes. Obviously, the last time I came back it was a difficult time and it wasn’t quite right. This time I have done my research that it is going to be the right thing for me to do. When I do come back I want to make sure that it is for good this time. I have a lot of confidence in Tom and what he is going to do with the team. Obviously, I have worked with all of the girls before. I think it is going to be a lot of fun.

You have known Tom through international football but also through the NWSL, how well do you know him?

We have never actually worked directly together. He came in and out of camps when John Herdman was the coach of the Football Ferns so I knew him through that and the Matildas, who he helped turn into one of the best teams in the world. I think he is a wonderful guy. I think he is a great coach and I think he can do great things for our team. I am really looking forward to working with him.

The Ferns have a full calendar in 2019 with the inaugural Cup of Nations coming up in February and then the USA in May and onto the World Cup, how excited are you?

It is up to Tom at the moment. I have made myself available. If he thinks bringing me back is in the best interests of the team then that's great and if he doesn't then I can carry on playing my club career and be happy with that. At the end of the day it is up to him and what he thinks is best for the team. I am not demanding to be back in the team, it is all up to him. Whatever he thinks is best I am happy to go along with.

You have played at three Olympic Games and three FIFA Women’s World Cups, the chance to play at a fourth is a pretty special opportunity to continue a remarkable international career isn't it?

Yeah, adding another experience is always fun, doing another big campaign. The big events are what you play for, tournaments like the World Cup and the Olympic Games so of course adding that experience would be phenomenal, I know it will be for the team as well.

You are a proud Football Fern, have you missed being in this environment?

Yeah, I have. I have grown up with these players so of course you miss that environment. I am really glad to be back with the girls and be back on board.

The team has some big goals for the FIFA Women’s World Cup in 2019. They have never won a game at a World Cup and never progressed out of the group stages so are they the main aims?

Yeah, I think in the past we have had some really big performances and everyone thinks we can do it. All you can you really ask is everyone giving 100 per cent effort. These events are obviously really tough for us. We know we won’t be one of the top-ranked teams but all we can do is give it 100 per cent. If the New Zealand U-17s are anything to go by with their success they showed that we can do it. We can compete against the best teams in the world. They have given us some motivation and inspired the young ones. Hopefully, that gets us through.

The Football Ferns squad for the Cup of Nations is named next week, how exciting is it to be back in contention?

It is exciting for not only me but for the girls and Tom as well. To have the chance to play against a team like Australia is always fun. They are doing really well at the moment so it is going to be a good test for us to see where we really stand heading into the World Cup. I love the challenge of playing them and the challenge of playing the top teams in the world. It is going to be fun.