Ferns one step away from World Cup 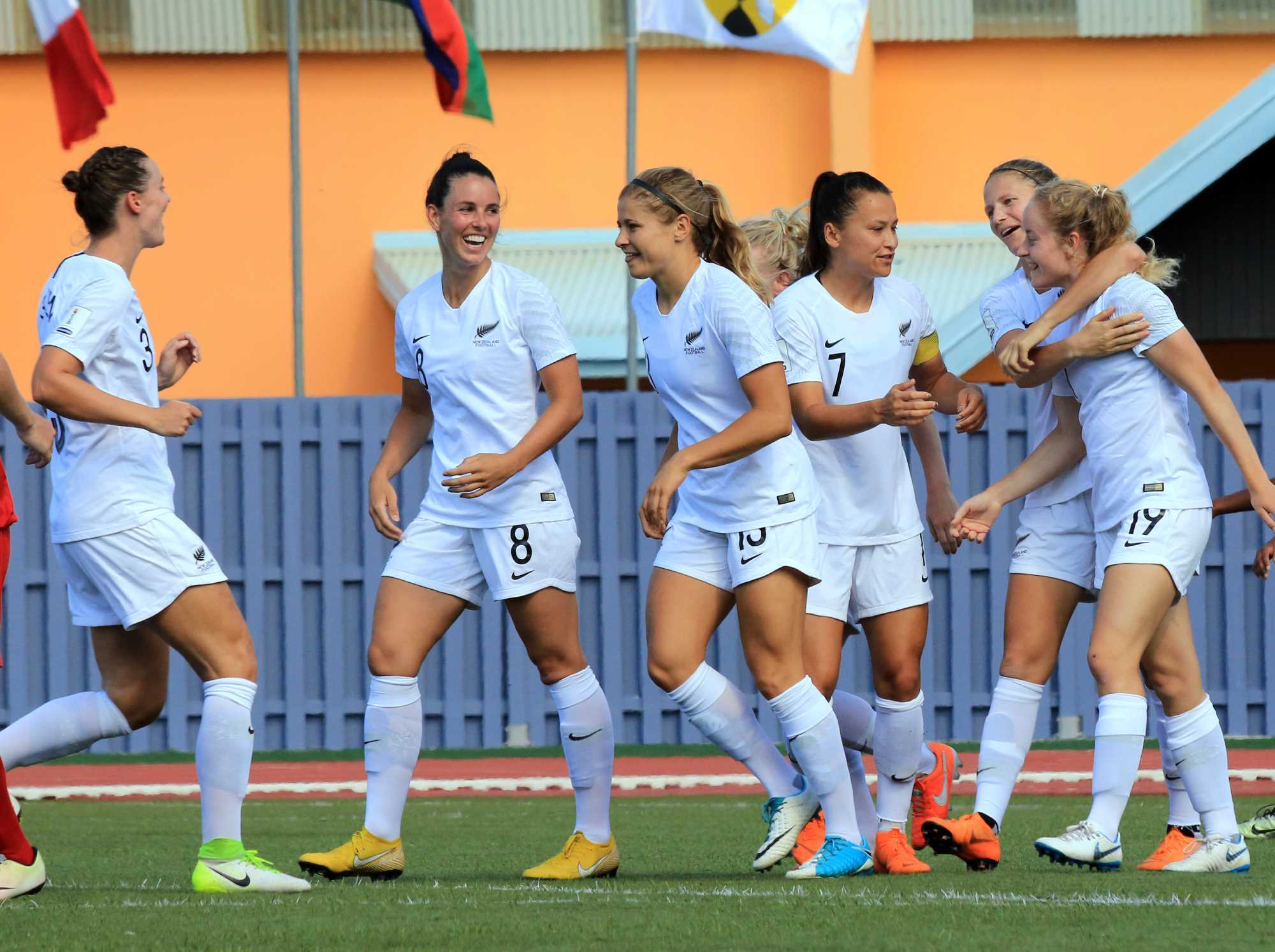 The Football Ferns are now only one step away from a place in the 2019 FIFA Women’s World Cup after again underlining their dominance at regional level with an 8-0 success over hosts New Caledonia in the semi-finals of the OFC Women’s Nations Cup this evening.

Having spent all of their time during pool play in Noumea, the Ferns were on the move to the idyllic island of Lifou for their final-four clash but the change of scene clearly did not have a negative effect as they earned their fourth big-scoring win in a row.

They have now scored a remarkable 35 goals in the tournament and are yet to concede any – meaning they will be overwhelming favourites to claim the Nations Cup and book a berth in France in Saturday’s final against Fiji.

Coach Tom Sermanni made six changes to the side that swept aside Fiji so convincingly in their final Group B game with at least one of the newcomers, goalkeeper Nadia Ollla, set to remember this day fondly after being handed her international debut. She would have been keen to make an immediate impact but had little opportunity to do so as nearly the entirety of the play took place at the other end from literally the first minute.

It took only a matter of seconds for New Zealand to claim the lead when Paige Satchell – who would prove a constant thorn in the side of New Caledonia – burst down the right and sent in a low cross for Betsy Hassett to tuck home.

The Ferns getting into their scoring stride so quickly was not good news for the Francophones and their fears of a very long afternoon were heightened when Emma Rolston slotted in a cutback from CJ Bott in the eighth minute.

Rolston went on to notch a first-half hat-trick – her first ever for the Football Ferns – which included one of the goals of the tournament when she swivelled just outside the box and lobbed a spectacular volley over New Caledonia goalkeeper Lorenza Hnamano.

Katie Bowen and Rosie White also found the net with composed finishes but the player to most catch the eye in the opening period was Satchell, who provided a constant flow of chances and had the goal her efforts deserved just past the half hour when her pace again took her clear of the New Caledonia defence and she fired into the far corner.

It was the first strike of her international career and there are sure to be plenty more to follow with Satchell still only 20.

New Caledonia managed to stem the tide in the early stages of the second half and it wasn’t until the hour that Rosie White was able to notch her second of the game and New Zealand’s eighth.

To the great credit of Kamali Fitialeata’s side, the hosts continued to be a much tougher nut to crack for the remainder of the game as the Football Ferns couldn’t continue their net-bulging heroics, that White strike proving the only goal of the second spell.

But the Ferns will still take huge confidence as they look to defend their Nations Cup title in Saturday’s final against Fiji at the Stade Numa Daly in Noumea, the winner of which will qualify for both the 2019 FIFA Women’s World Cup and the 2020 Olympic Games.

"We were delighted again, particularly with the way we started - I think starting games very well has been a highlight for us," Sermanni said.

"We've been fortunate to score early goals and that's taken the pressure off us. But I think I need to make special note of New Caledonia today, they came out here and really tried to play. They tried to push players forward and attack and went about the game differently than the other teams that we've faced here," he added.

"In some ways, that benefitted us because of the openess of the game. But it took a lot of courage for them to do that and they deserve to be given great credit for it."