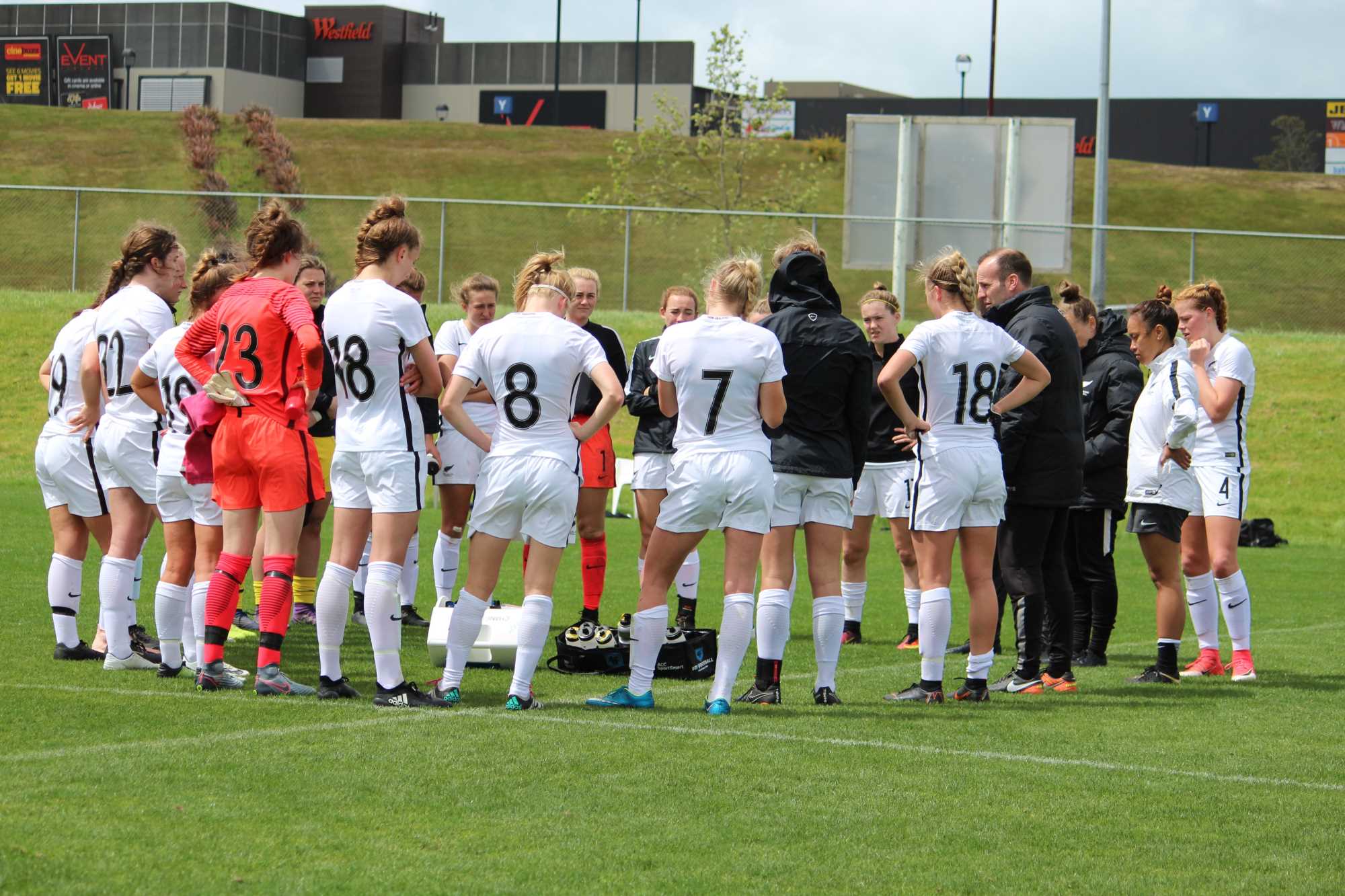 Leon Birnie talks to his players ahead of the FIFA U-17 Women's World Cup in Uruguay (Photo: Mark Reid)

New Zealand U-17 Women's Head Coach Leon Birnie has named a balanced squad for the FIFA U-17 Women's World Cup in Uruguay next month.

Birnie believes his squad will be well prepared to handle the challenge of Finland, hosts Uruguay and Ghana in the tournament that will be staged in three host cities from 13 November to 1 December.

“We have had some really honest conversations with the group about what we want to achieve in this cycle,” said Birnie. “When we get over to the World Cup we want to win at least one game and with the draw that we have been given are looking to progress out of the group stage, we think that is a real possibility.

“We are looking to create a bit of history and that is what we are focused on achieving. Once we have got out of the group, we will look to take it one game at a time in the quarterfinals and beyond, hopefully.”

Birnie said the selection of this squad has been a long time in the making. It has been 15 months to get to the final 21 players. Birnie and his support staff have done a lot of talent identification in that time through some robust processes.

“We are excited to be in this space now with the players that we have selected. There were some hard decisions coming into this final selection which is always a problem, but a nice problem to have.”

Birnie said the blend of experience and youth of this New Zealand U-17 team means they have a well-balanced group who are determined to make their country proud.

“If you look at someone like Anna Leat, who has been away with the Football Ferns a number of times, and three others in Aneka, Gabbie and Maggie who were all part of the FIFA U-20 World Cup squad in France. Those experiences, plus the girls who are playing in the National Women’s League, puts us in good stead for the future.”

At the other end of the experience scale, there will be a large number who are experiencing a FIFA World Cup for the first time. Birnie is sure there will be some nerves and excitement.

“For the ones that I mentioned before, the girls that have been there before it is another good opportunity to showcase their talents on the world stage. It is up to them to utilise their experience and help the newer players who haven’t been to a World Cup before.

“It is a great opportunity for them and while this is a pinnacle event of the U-17 cycle, the bigger picture is developing players for the Football Ferns. Hopefully most of this group will go onto to the U-20s , Ferns, FFDP [Future Ferns Domestic Programme] and obtain pro contracts to continue developing as footballers.”

The New Zealand U-17 squad depart for the FIFA U-17 World Cup on Saturday 3 November.