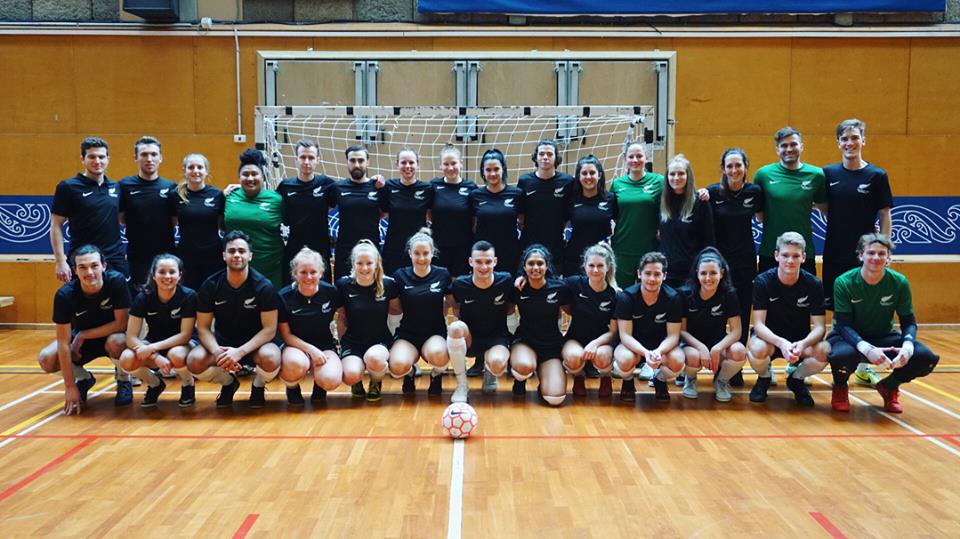 A busy time on the international stage for New Zealand Football is set to continue overnight when the FISU World University Futsal Championship kicks off in Almaty, Kazakhstan.

National teams from both genders will be flying the flag for their country and their participation follows hot on the heels of New Zealand teams competing firstly at the football FIFA U-20 Women’s World Cup in France and then at the OFC U-19 Championship in Tahiti.

And there is still plenty of international action to look forward to after the futsal teams return with football taking centre stage again at the OFC U-16 Championship in the Solomon Islands next month and another World Cup on the horizon soon after when the U-17 women’s event is held in Uruguay during November.

All Kiwi national sides heading overseas will have their heart set on glory and it will be no different tonight when the World University Futsal Championship gets going. First in action are the men, who will begin against Belarus and have further group matches in store against hosts Kazakhstan and the Czech Republic while the women are set to meet Kazakhstan, France and Portugal.

As the main affiliate to FISU, University and Tertiary Sport New Zealand (UTSNZ) facilitates this country’s involvement in the biannual event but this is the first time New Zealand Football has selected the squads, based on performances in the National University Futsal Championships and for the other futsal national teams.

Marvin Eakins, who captains the senior Futsal Whites squad but is also Futsal Talent Manager for New Zealand Football, is coaching the men’s team while Nic Downes will lead the women’s campaign after earlier taking charge of the first ever Futsal Ferns squad.

“We are realistic that it will be very challenging for the men’s team as the quality of the opposition is very high,” Eakins says. “But the quality within the squad will give us an opportunity to aim for the first victory by a New Zealand futsal team at a world event.”

Downes has previous experience of the World University Futsal Championship having also led the New Zealand women’s team at the 2016 event in Brazil. He is confident the rate of progression of futsal in this country over that time will stand his charges in good stead.

“The level over there will no doubt be higher this time but the game has developed a lot in New Zealand since the previous trip and the players have experienced and learned a great deal,” he says.

“The player pool is getting larger and the quality is getting higher as federation programmes get stronger.”

The New Zealand men will play their first match late tonight against Belarus while the women get underway tomorrow night against Kazakhstan.