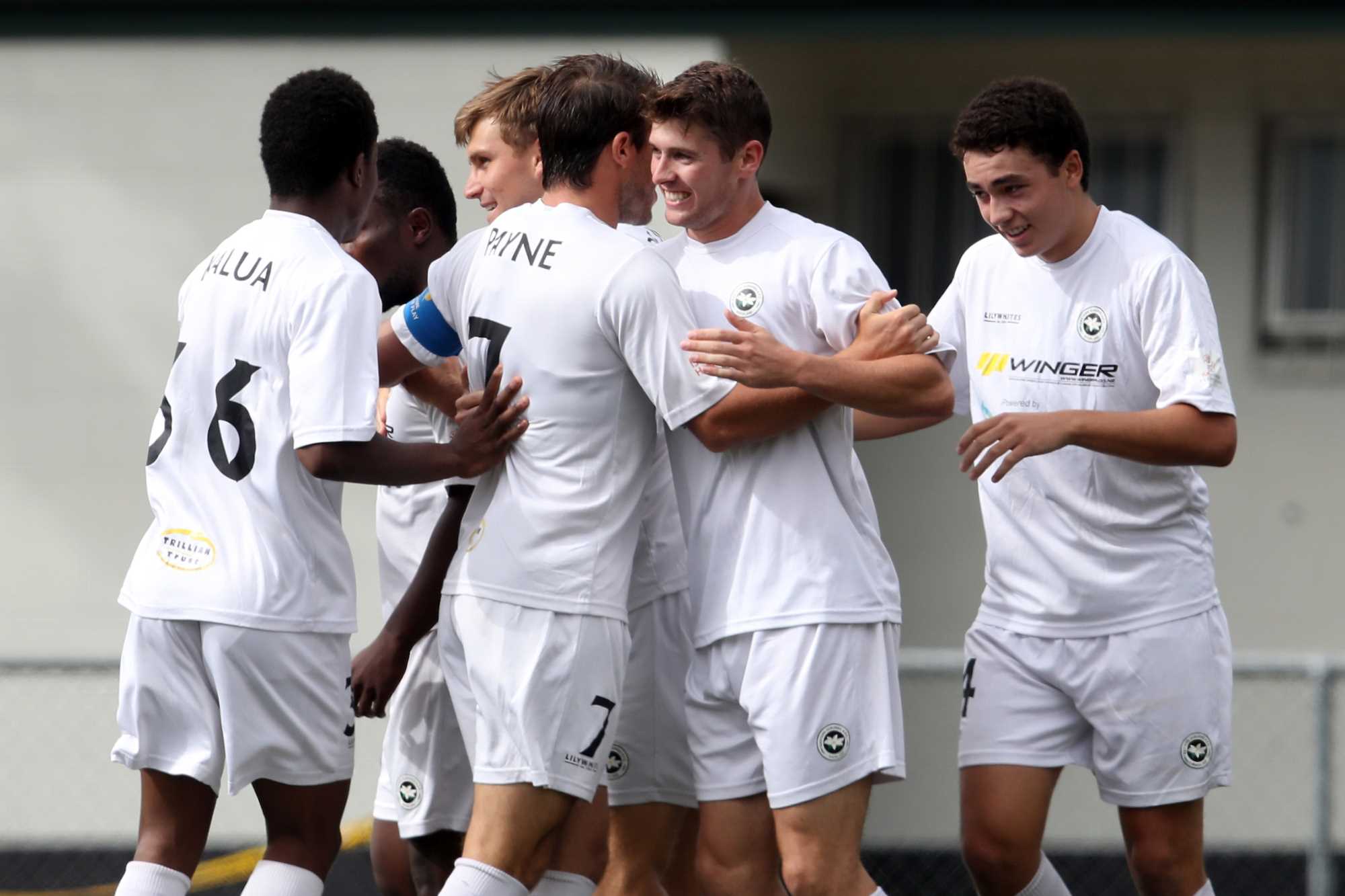 The Lily Whites, who have already secured their place in the top four alongside Auckland City, Team Wellington and Canterbury United, made the most of their game in hand with a 2-1 win that sees them draw level with the Dragons on 32 points from 16 games.

As it stands, Canterbury United still hold the advantage as they won the round five game at English Park (3-2) to lead Suburbs on head-to-head, but the final round of the season where they meet in Auckland may decide third and fourth place. If they finish level on points and level on head-to-head then it will be decided by goal difference.

After a three week break between games, Danny Hay’s side showed little sign of rustiness and took the lead within the opening minute. Forward Derek Tieku, who found himself with the ball in the area, scored a great poacher’s goal when he slotted home past Waitakere keeper Liam Anderson to put the home team in front.

Midway through the first half, after Waitakere had claims of a penalty turned down, the Lily Whites had their own chance to convert from the spot and double their lead.

Andre De Jong continued his rich vein of goal scoring form when he stepped up for the home team and buried his penalty down the centre of the goal. It was De Jong’s 11th goal of the season and has him only three back from Auckland City forward Emiliano Tade (14) on the golden boot standings.

Chris Milicich’s side, who have been disappointing in 2018 as they lost touch with the playoffs, got back into the game when Tom Shaw delivered a goal of real quality. Shaw found himself unmarked 35 yards out from goal, and chanced his arm with a left foot strike, which gave Suburbs keeper Lewis Caunter no chance in goal.

The rest of the game did not live up to the rapid start in the opening 30 minutes and the score remained 2-1 at full time to secure a valuable three points at the business end of the season.

There are two rounds to be completed in the ISPS Handa Premiership before the placings of the four semi-finalists are confirmed.