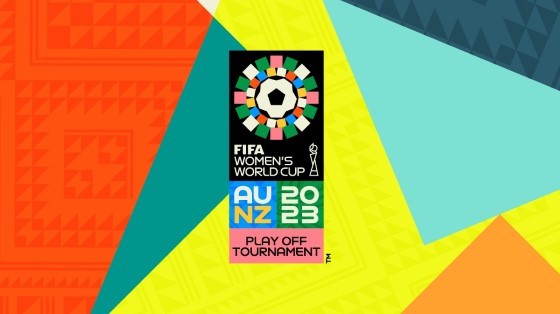 Waikato Stadium in Hamilton/Kirikiriroa and North Harbour Stadium in Auckland/Tāmaki Makaurau have been announced today as the host cities for the first ever Play-Off Tournament for the FIFA Women’s World Cup 2023 (FWWC2023).

The tournament, which will be hosted in New Zealand from 17-23 February 2023, will involve 10 teams competing for the final three qualifying spots before the FIFA Women’s World Cup in Australia and New Zealand next year.

Speaking of the announcement, FIFA Chief Women’s Football Officer Sarai Bareman says the new competition will provide an opportunity for more teams to play at the top level.

“The decision in 2019 to expand the FIFA Women’s World Cup from 24 to 32 teams, has already had a significant impact on the wider growth and development of the women’s game. More nations now have the chance to play on the world’s biggest stage and this all starts with the Play-Off Tournament.

“I cannot wait for fans to get their first taste of what to expect later next year when the Play-Off commences before the biggest women’s sporting event in the world kicks-off in Australia and Aotearoa New Zealand on 20 July 2023.”

And in a bonus for fans, New Zealand’s Football Ferns will play three friendly matches around the event against the top-seeded team in the tournament and another high-profile guest team which is still to be confirmed.

FWWC2023 New Zealand COO Jane Patterson says Kiwis will look forward to welcoming the 10 qualifying teams and fans from across the globe.

“The Play-Off Tournament and the friendlies will provide fans of all ages the opportunity to watch nations from around the world vie for the final three qualification spots as the excitement continues to build towards FIFA Women’s World Cup 2023.”

Patterson added that the Play-Off Tournament would be a key test event for hosting the FIFA Women’s World Cup five months later.

“It will provide FIFA, Host Cities, stadiums, training sites and Government the opportunity to test readiness of operations, infrastructure and resources. Organising a competition the size and scale of the FIFA Women’s World Cup is a hugely exciting opportunity, so to host the Play-Off Tournament and test readiness will be a real asset.”

“To have so much international football right here on our doorstep is very exciting for Aotearoa New Zealand and there is more to come.

“With so much top football on display we know Kiwis will get behind our Football Ferns with the global spotlight on them in the lead up to the FIFA Women’s World Cup 2023.”

The format for the participating teams was first announced in December 2020 and now the full match schedule is available here.

The 10 participating teams in the Play-Off Tournament will come from Asia (two), Africa (two), North and Central America and the Caribbean (two), South America (two), Europe (one) and Oceania (one).

Two nations from Asia – Thailand and Chinese Taipei – have already confirmed their participation with the remaining eight teams to qualify for the Play-off Tournament through their continental tournaments.

Qualification for the FIFA Women’s World Cup 2023 continues to gather pace ahead of the ‘One Year To Go’ milestone on 20 July. Tournaments across four confederations will see teams from Africa, North and Central America, Oceania and South America secure qualification throughout the month of July. Meanwhile in Europe, the remaining qualification will conclude in the September and October windows.

China PR, Japan, Korea Republic, Philippines and Vietnam from Asia and France, Spain, Sweden and Denmark from Europe have already secured their place at the FIFA Women’s World Cup 2023 and will join the two host nations – Australia and New Zealand.

Keep up to date with the latest news regarding FWWC23 tickets. More information on tickets for the Play-Off Tournament will be released later in the year.