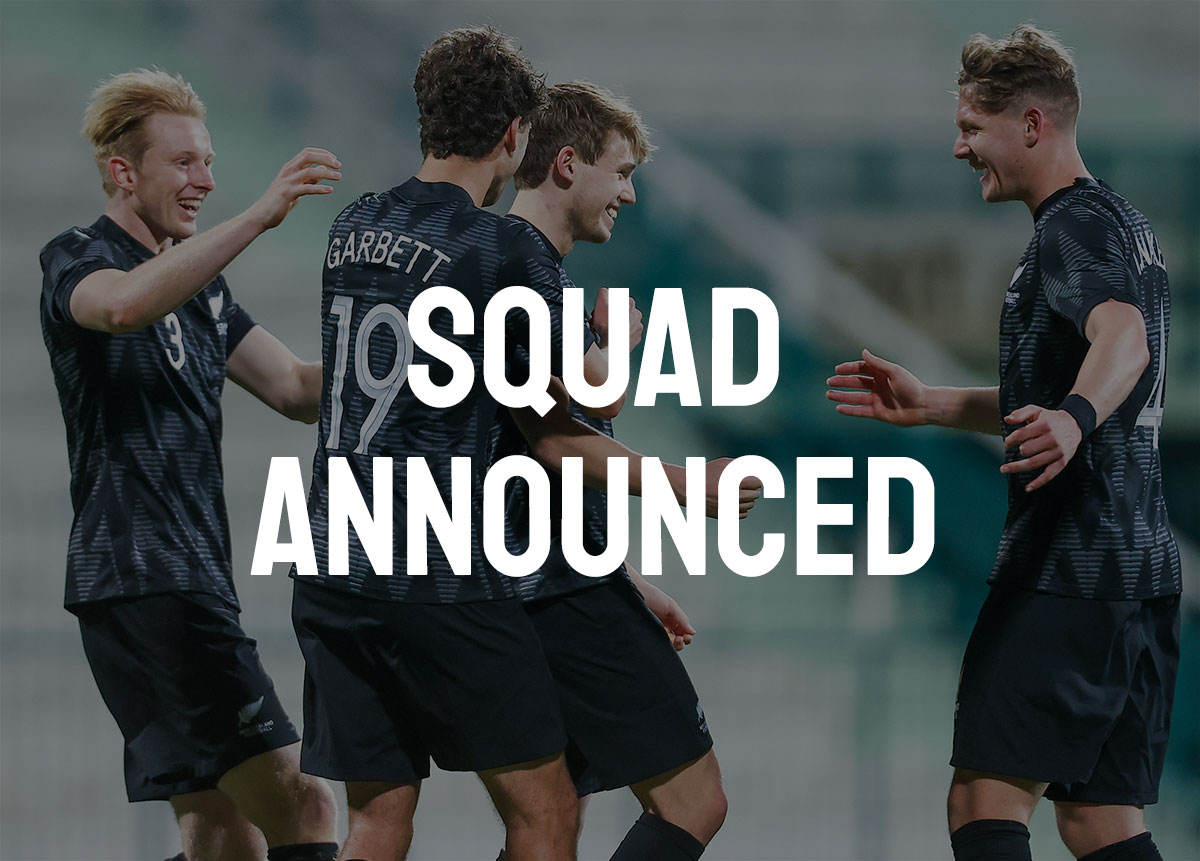 The squad sees the return of forward Marco Rojas for the first time since 2019 after a stellar season with Melbourne Victory. Michael Boxall also returns after missing the last tour with injury. The remainder of the squad were all part of side that won the FIFA World Cup Qatar 2022 Oceania Qualifiers tournament in March and thirteen were part of the men’s Olympic team that finished sixth at Tokyo 2020.

The full squad is:

Head Coach Danny Hay was pleased to confirm the team ahead of the play-off.

“I’m very happy with the squad we have assembled. The vast majority were part of the qualifying campaign, and a significant number were in the Olympic side, so this is a group that understands how we want to play and what is expected of them.

“While it is unfortunate that Sarpreet Singh and Ryan Thomas are missing with injury, it is great we are able to bring Marco Rojas and Michael Boxall back after they weren’t available in March.

“We know this is a massive moment for football in New Zealand and I believe these are the players that give us the best possible chance of qualifying for the FIFA World Cup later this year.”

The All Whites will face Costa Rica in Doha on 14 June 2022 at 9pm (15 June at 6am in NZ) in the Intercontinental Play-Off for a place at the FIFA World Cup Qatar 2022. Ahead of the game they will play a warm-up match against Peru in Barcelona on 5 June at 5:30pm (6 June at 3:30am NZ) and a yet to be announced behind closed doors game against a second national team in Doha on 9 June (10 June NZ).