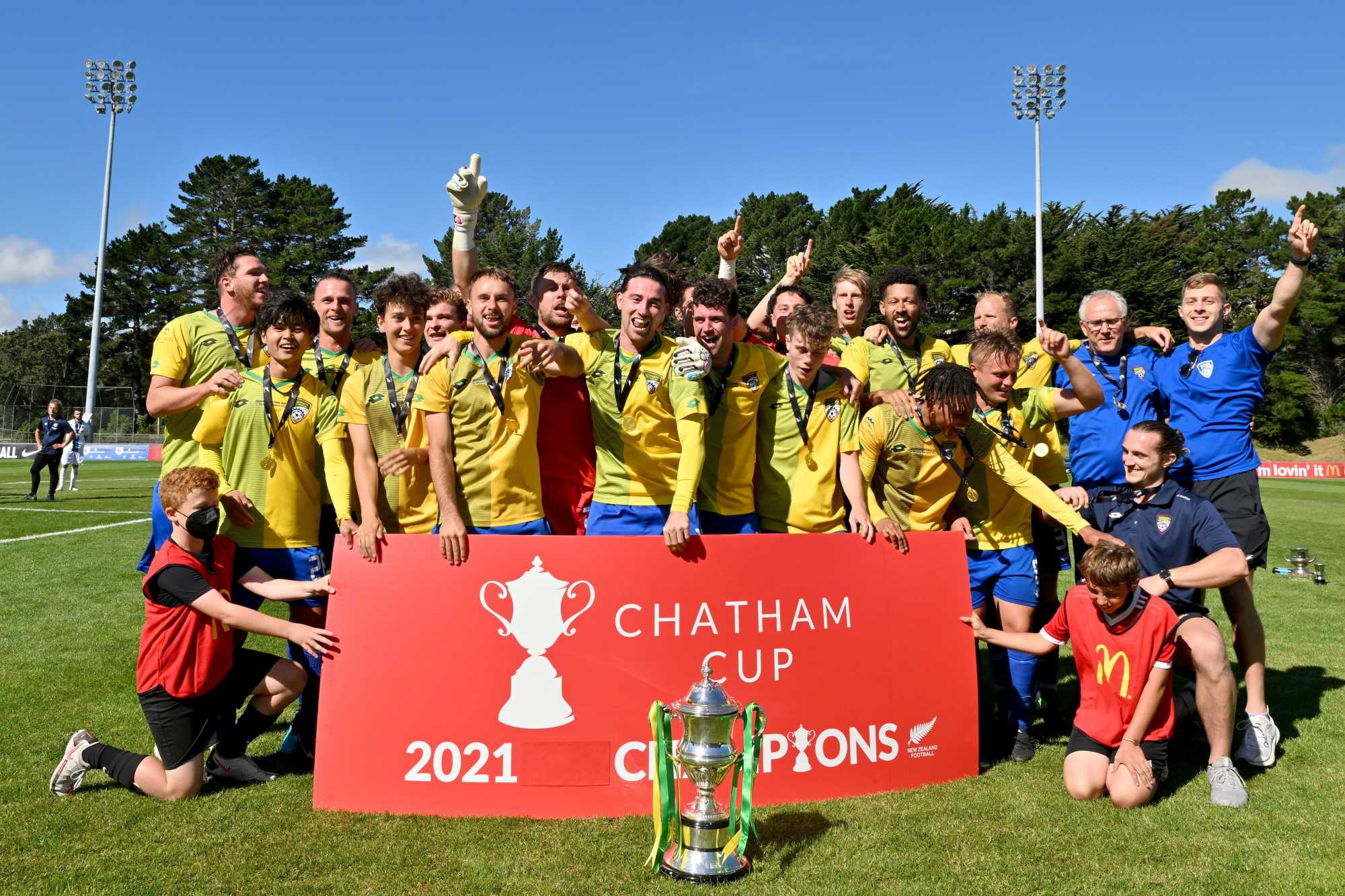 The Chatham Cup has returned to the South Island for the first time since 2014, as Cashmere Technical defeated Miramar Rangers 4-2 at Jerry Collins Stadium in Porirua this afternoon.

Delayed from its usual September final due to the ongoing effects of the Covid-19 pandemic, the 2021 Chatham Cup final, typically the winter season ender became the 2022 season opener. Not that it will matter to the Cantabrians, who lifted the trophy for the third time since 2013, and ensured their 2022 got off to a winning start.

From the first whistle they looked the more dynamic of the two sides, as Garbhan Coughlan, Lyle Matthysen, Yuya Taguchi and Jacob Richards flooded forwads for the Cantabrians to apply early pressure. Cashmere Technical took the lead in the 42nd minute, after Richards was fouled in the penalty area, and Coughlan calmly slotted home from the spot.

The sustained pressure from Cashmere Technical continued to pay off in the second half. Miramar Rangers goalkeeper Foord had a moment to forget as pressure from Tech’s Jacob Richards saw him misjudge his pass, giving the ball to Taguchi who rolled the ball into the back of the net to double the lead in the 60th minute.

Five minutes later Coughlan then added a third after Foord dropped the ball at his feet, with the Irishman scoring from close range for his second goal of the afternoon.

Against the run of play, Miramar Rangers pulled one back in the 75tbh minute through central defender Flynn O’Brien, who unleashed a rocket from just outside Cashmere Technical’s penalty area that Danny Knight could do little about.

Miramar thought they might have been in with a lifeline in the 84th minute after a disallowed goal resulted in a corner, and a goal finally resulted from the subsequent goalbox chaos as Liam Wood finished at close range.

But Taguchi, who was awarded the Jack Batty Memorial trophy for the Chatham Cup final’s player of the match, was determined not to let that be the case, and coolly scored his second of the afternoon to restore Cashmere Technical’s two-goal lead, and bring the Chatham Cup back to Christchurch.