Football Ferns fall to Canada: “From these games, we can learn the most.” 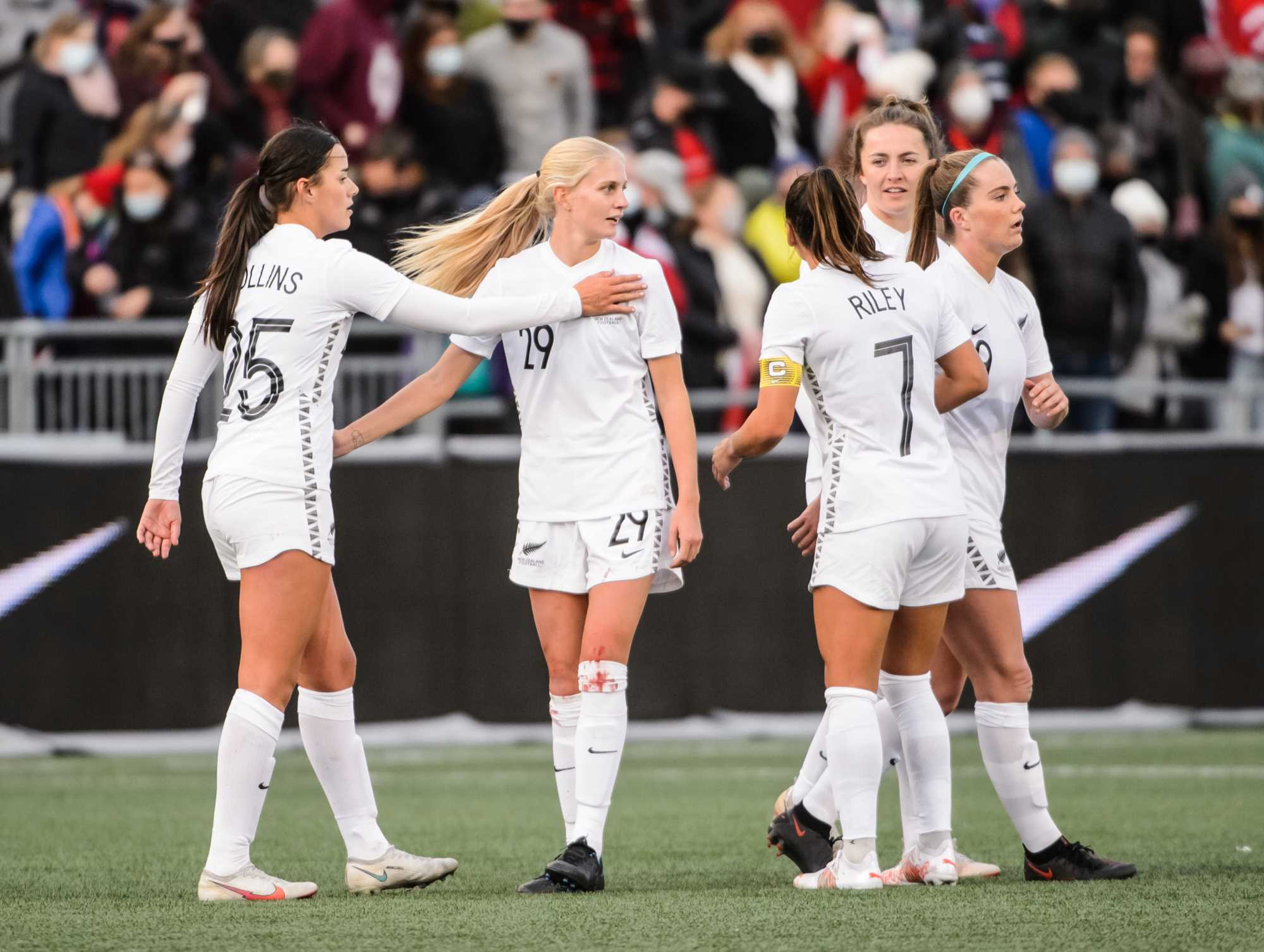 But while the scoreline – 5-1 to Canada, with the Ferns’ goal courtesy of a Ria Percival penalty – was one-sided, there were many positives that she took away from the occasion – not least the fact that preparations for 2023 have officially kicked off.

“This is our beginning, this is our start. The finale should be at home, in 2023. We are so excited that we are hosting this World Cup, and we are preparing for it. That was our first game of our preparation. We can’t wait for that moment [the opening game of the 2023 FIFA Women’s World Cup], but there’s a lot of games in front of us still. And that’s what we want – we want to play, and we want to play against the best.”

“For us it’s the beginning of our new journey; we approached it as a start, as a beginning, as a great opportunity to play against the Olympic champions. We want to get better every time we are on the field, so that’s how we approached this game.

“It was a great opportunity to compete against great opposition. From these games, we can learn the most.”

These sentiments were echoed by skipper Ali Riley.

“I think there were a lot of positives that we can take from this game, actually. I know the scoreline is obviously disappointing, but I think the confidence we had playing out of the back, some of the spells of possession we had, some of the combinations, I don’t know if that’s something that we’ve seen a lot from the Ferns before – especially playing one of the top teams in the world.”

Along with the increased confidence in build up play displayed by the Ferns, another positive note is the three debuts made by Amelia Abbott, Ava Collins and Jacqui Hand – which Riley was quick to draw attention to

“What an incredible occasion for them. I thought Jacqui in particular did awesome – what an exciting player – and they came in and made a difference!”

Riley was pragmatic when reflecting on defensive mistakes that cost goals in the first half, noting that if there’s any time for these, it is now.

“That’s football for you. I think these are the games to do it in, you know. That’s why we have these games, it’s why we’re so glad to have camp again, because at the Olympics a mistake like that sends you home. Here, we’re trying things, this is where we can learn.”

“But this is also the beginning of our campaign, with our new coach, and new players. And it’s great that we’re able to come and have camp again, when have have camp besides the Olympics in two years. So to have that, to be here and have the crowd backing Canada and have this environment – these are the games that you love to play in!

“And it’s a great place for us to start.”