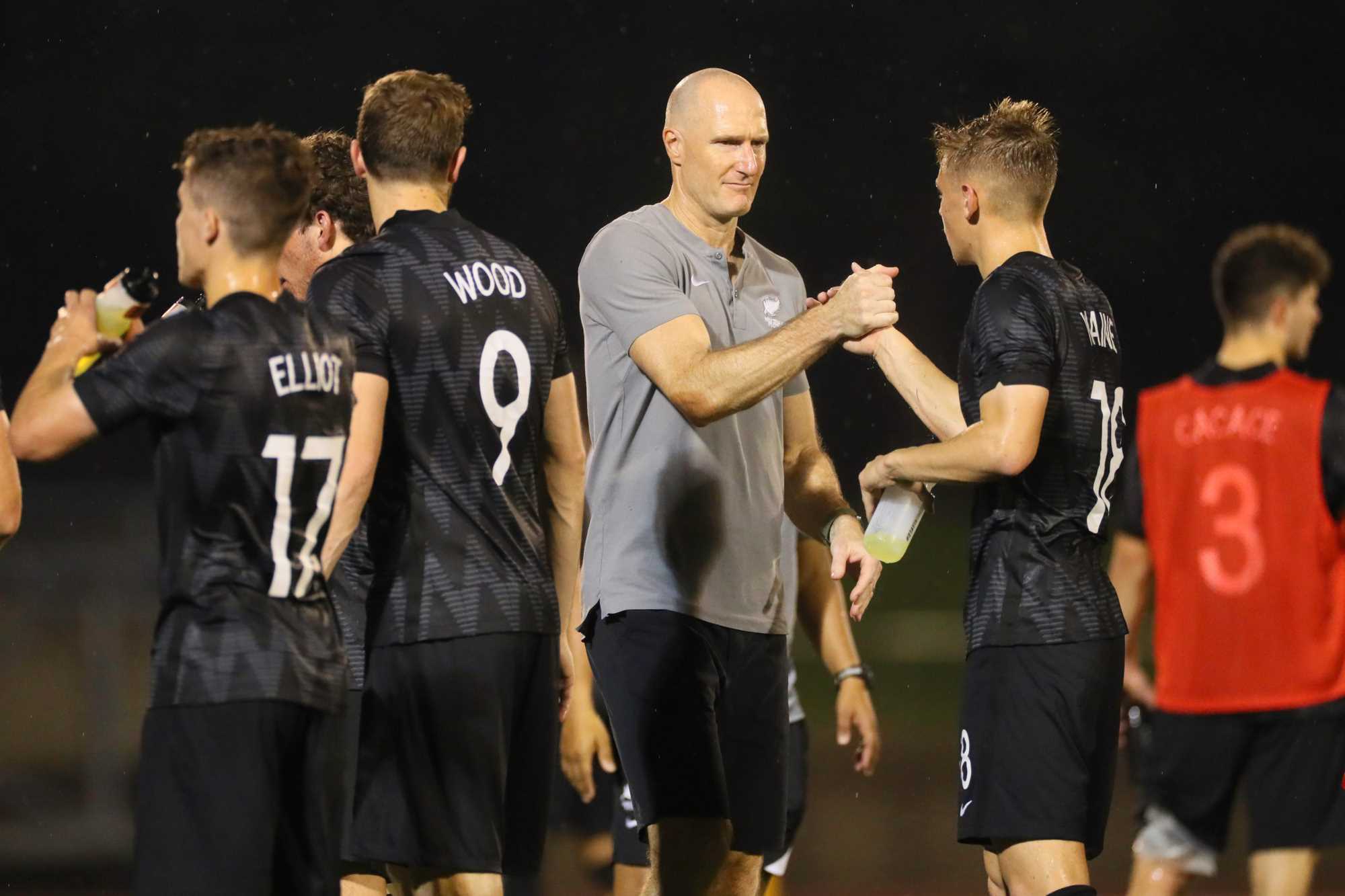 The Men’s Olympic Team’s road to Tokyo 2020 kicked off in style with a 2-0 win over the Olyroos in Ichihara, Japan.

Two second half goals from Burnley’s Chris Wood and FC Helsingor’s Eli Just sealed the win for Danny Hay’s side, the first win over Australia since 2002.

The game started as a cagey affair with both teams working themselves into the game. It wasn’t until the 25th minutes that the Olyroos had a half-chance, with a cross aimed at attacker Dylan Pierias well held by NZ Team keeper Michael Woud.

On the 36th minute it roles were reversed as a Liberato Cacace cross from the left wing nearly reached Chris Wood but the striker was just beaten to it by Australia stopper Thomas Glover.

Chris Wood was again denied in the 39th minute as the pressure started to build on the Australians going into half-time.

10 minutes into the second half the deadlock was finally broken. Callum McCowatt was brought down in the box and Premier League marksman Chris Wood stepped up to convert the resulting penalty.

Following the goal the teams exchanged a few half chances in the ZA Oripri Stadium, the Kiwi press a constant threat.

The Olympic side doubled their lead on the 83rd minute as forward Eli Just’s rocket from outside the box flew past the Australian keeper into the top corner of the net.

After three additional minutes the referee blew his whistle to seal a great win on the way to the Games.