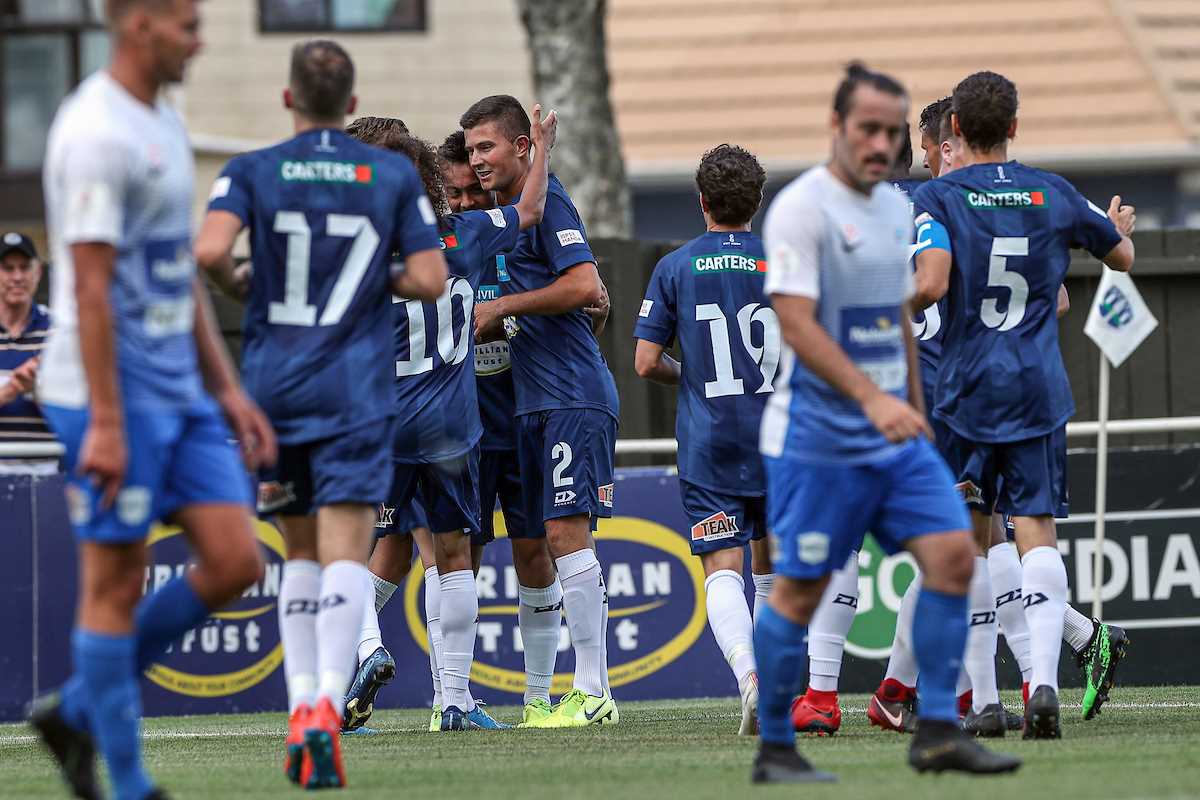 Big scorelines were the story of the weekend in the ISPS Handa Premiership, with Southern United scoring five, the Wellington Phoenix Reserves hitting four, and Hawke’s Bay United and Eastern Suburbs playing out a three-all draw.

After the dust had settled, Auckland City remained top, after a hard-fought win over Tasman United late on Sunday afternoon.

Towards the end of a cagey first half at Kiwitea Street in which Auckland struggled to break down a resolute Tasman, Navy Blues midfielder Cameron Howieson finished a surging move from Jordan Vale down the right-hand side, heading across Tasman keeper Pierce Clark.

Tasman conceded a penalty shortly after half-time thanks to an agricultural tackle in the box, which Myer Bevan converted with a Panenka-style finish.

Midway through the second half, Tasman’s Jama Boss ran onto a defence-splitting ball to thump home and bring his team within one goal. City tried their luck from distance a number of times but that was the end of the scoring in what turned into an open and competitive match.

It rained goals in Hamilton, with the Phoenix going behind 2-0 in the first ten minutes after strikes from Thilo Wilke and Derek Tieku, before pulling things level 2-2 at half-time through Ahmed Othman and Sam Sutton. Wanderers lost Xavier Pratt to injury in the first half to peg back their attacking options.

Othman scored again in the second half to put his team ahead, before a Stephen Sprowson strike late on made the result safe and secured the ‘WeeNix’ their first win of the season.

Stephen Hoyle scored two early goals to get Eastern Suburbs off to a flyer in Napier, before Jorge Akers pulled one back for Hawke’s Bay. In the second half, Ahinga Selemani scored twice to give United the lead, but the crowd was denied a home win when Suburbs’ Christian Gray found the back of the net late on to make it 3-3, a fair result for a real arm wrestle in the bay.

Goals came thick and fast midway through the first half at David Farrington Park, with Canterbury United taking the lead as Calum Ferguson latched on to a long throw to fire his team ahead. Team Wellington equalised two minutes later as Jack-Henry Sinclair jinked through the visitors’ defence to score.

It was soon 2-1 thanks to a Rory McKeown wonder-strike from 30 yards out and that’s the way it stayed, despite a number of free kicks and extended possession from the home team, with both goalkeepers in the thick of the action.

Canterbury's cause was not helped when Cory Mitchell was dismissed after picking up a second booking with just under quarter of an hour remaining. 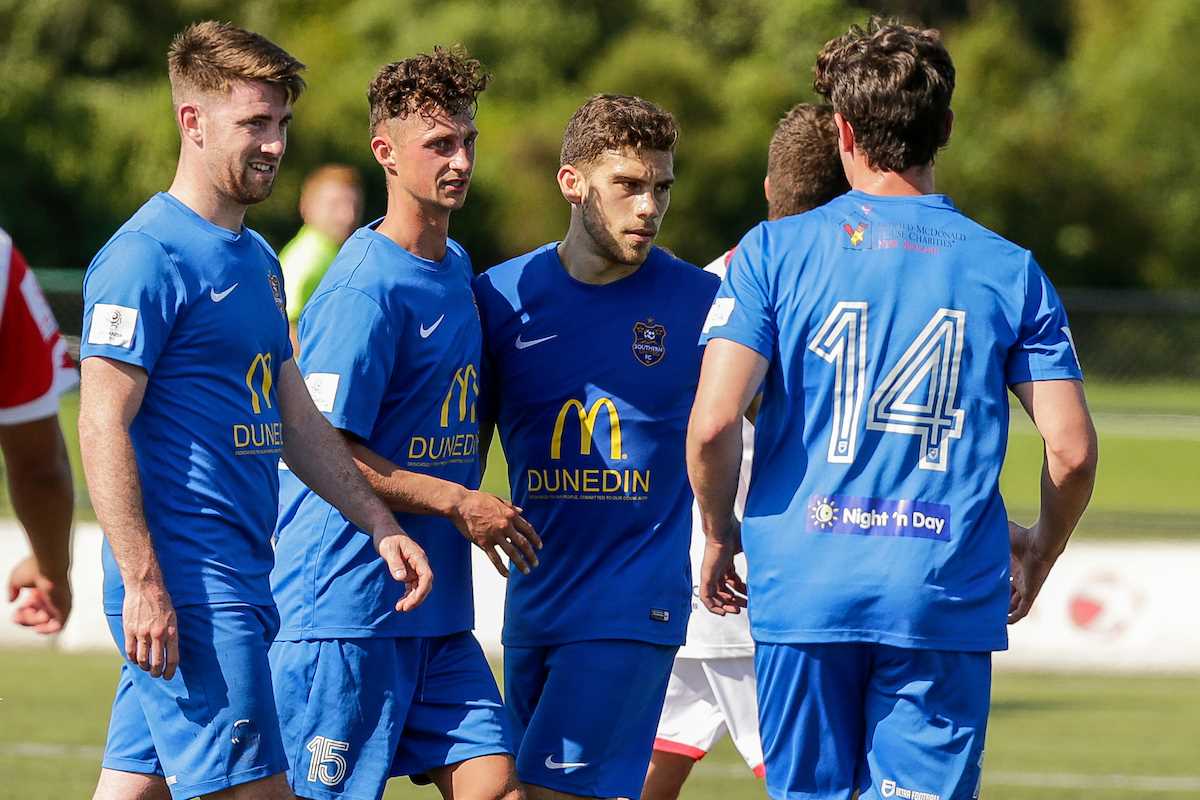 On Saturday, there was a frantic start at Seddon Fields, before Waitakere United had a goal ruled out for offside midway through the first half, then conceded two minutes later when Garbhan Coughlan struck for Southern.

Cameron McKenzie also found the net to rub salt into the wound, before Joel Stevens scored a remarkable goal from halfway to give Southern a 3-0 half-time lead.

Stevens scored an outrageous chip and a late penalty to complete his hat-trick in the second half to earn his team an impressive away win and second place on the table, despite conceding an own goal and a late consolation to youngster Jack Duncan.