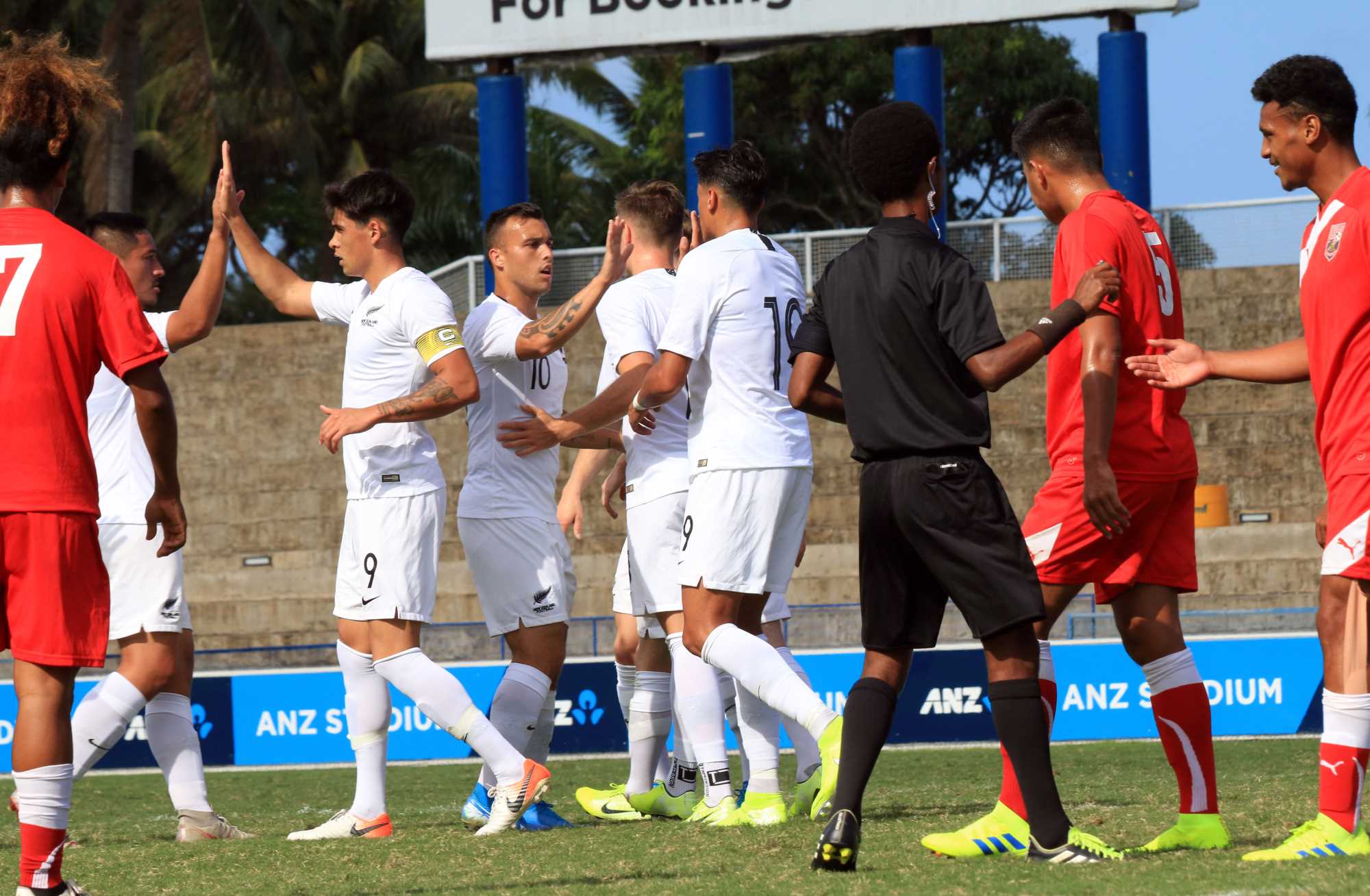 The New Zealand U-23 men have taken a significant step towards the Tokyo Olympics by making the semi-finals of the qualifying tournament with a group game still to play.

After comfortably accounting for Samoa in their opening match, the New Zealand players knew another large victory would be enough to confirm their passage past pool play and they delivered just that with a clinical display, overpowering American Samoa 12-0 at the ANZ Stadium in Suva, Fiji.

The American Samoans would have had a plan in place to frustrate New Zealand for as long as possible but that went out the window early on when a sweetly-struck shot from the edge of the box by Clayton Lewis opened the scoring just a few minutes in.

Lewis added another long-range effort to complete a spectacular double just past the half-hour mark, by which time captain Logan Rogerson and Ollie Whyte had also found the net to make it 4-0 at the break.

Head coach Des Buckingham had opted to make full use of his squad depth – only Rogerson, Lewis and Billy Jones kept their starting places – and he continued that rotation by turning to the bench at half-time.

Rogerson and Jones made way for Myer Bevan and Ben Waine respectively while Lewis was also granted a rest as Gianni Stensness replaced him just before the hour.

The newcomers did not take long to make their mark, Bevan providing his team’s fifth shortly after the restart before Waine struck just a few minutes later.

Waine had been a hat-trick hero against Samoa and was on course to repeat that feat when he notched his second while Dylan de Jong also got in on the goal-scoring fun.

But the match ball went the way of Bevan, who inched ahead of Waine in the golden boot race as he went on to record a five-goal haul. It was a memorable day for Bevan as he also assumed the captain’s armband in replacing Rogerson.

“It was a very professional performance today and to score 12 goals on the international stage is a huge pleasure,” said Buckingham, who was marking his 20th game in charge of a national age-group team.

“The beauty of what’s been developed over the past 18 months in terms of our playing style is that the players are very much aware of it. So regardless of the amount of changes and who comes in, they’re aware of their roles and how we do things. The guys that came in today slotted in perfectly and the ones that came on in the second half had a really good impact,” he added.

“It’s now going to be an interesting selection choice heading into the next game and also the semi-final.”

New Zealand will now take on the Solomon Islands on Friday evening in their final game of Group A.