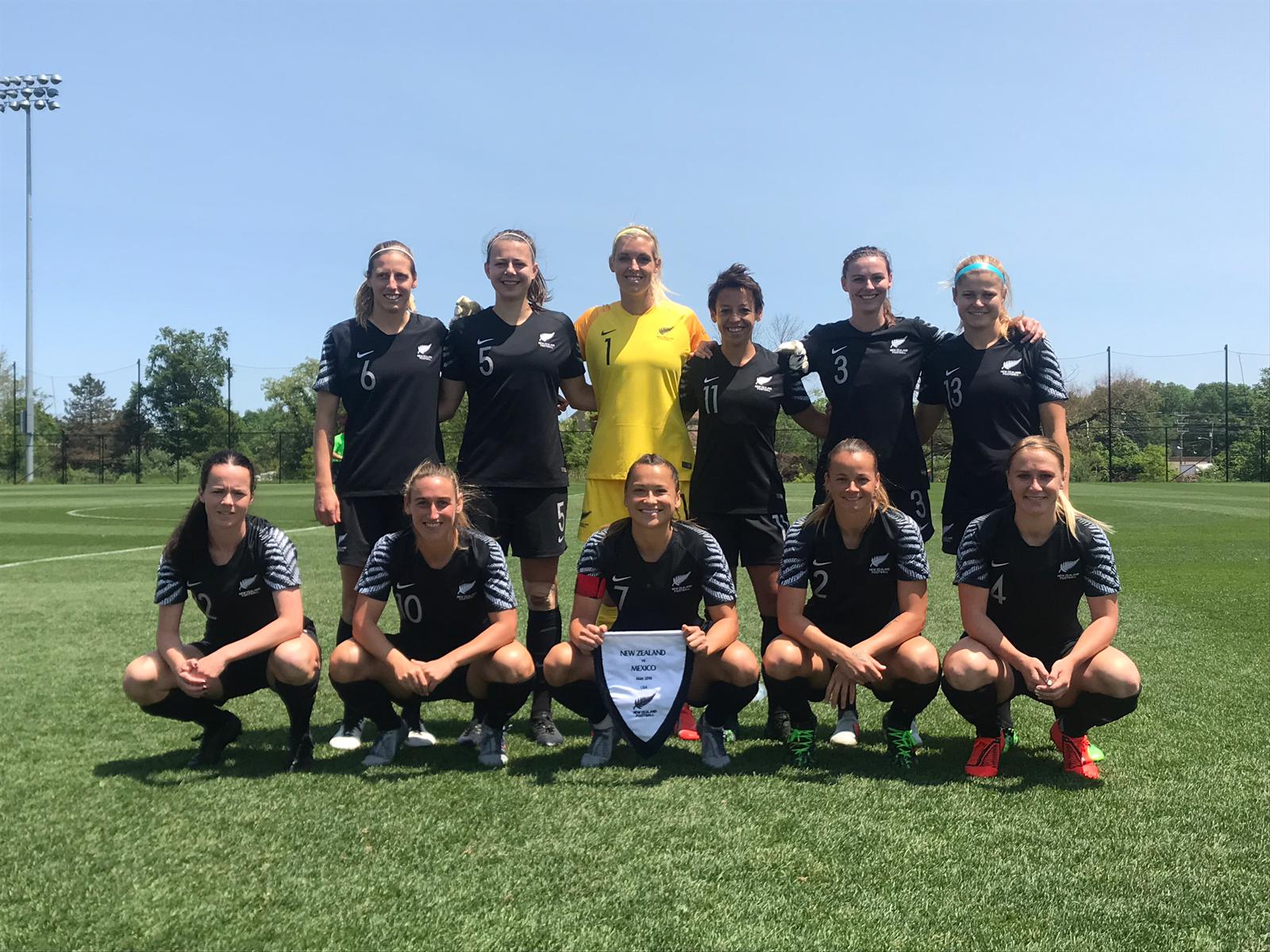 The Football Ferns have bounced back to record an important 2-1 victory over World No 26 Mexico this morning (NZT) in New York.

The World No 19 Ferns, who went down to the USA 5-0 six days ago in St Louis, showed great character in a dominant performance in the behind-closed-doors fixture.

Football Ferns Head Coach Tom Sermanni said it was an encouraging performance 15 days out from the start of the FIFA Women's World Cup on 7 June in France.

“It was a good result and we probably made it a bit more difficult than we could have,” he said. “We were 2-0 up at half-time and really looking quite comfortable – over the course of the 90 minutes we hit the crossbar three times and the post once – it was probably the most chances we have created in a game this year against some better opposition so that was pleasing.”

Rosie White, who brought up her 100th A international last week, opened the scoring for the Ferns when she converted a penalty in the 24th minute after a hand-ball from Mexico in the penalty area.

Eight minutes later, on the back of a high press from the Ferns, Sarah Gregorius turned the ball over and finished well to take a 2-0 lead into half-time.

New Zealand had a number of other chances to put the game to bed which they did not finish and Mexican midfielder Lizbeth Ovalle scored in the 81st minute to set up a tense finish.

“We got a little bit ragged at times and allowed Mexico to come back into the game with a late goal but those are things that are probably good to happen now, to judge the reaction of being in front and make sure we don’t give those goals away.”

The Ferns held on for an important win.  Sermanni said the last week with the team has made a huge difference.

“It was a great show of character [today] and it also helped that we had at least four good training games between those two games and the players had settled in much better. Training has been much more dynamic than it was leading into the USA game. There is still some ways to go and things to improve on, but there were a lot of promising things from the game today.”

Sermanni welcomed back defenders Rebekah Stott, CJ Bott and goalkeeper Vic Esson for the game (all who were not released by their club for the USA fixture) while Abby Erceg and Katie Bowen (club commitments) were not available. He made eight changes in the second half in the team’s final training game ahead of the FIFA Women’s World Cup.

The Football Ferns next game is against World No 3 England in Brighton on 1 June (2 June NZT).

The OFC Champions will play the Netherlands, Canada and Cameroon at the FIFA Women’s World Cup.