Buckingham: We’ve shown we can compete 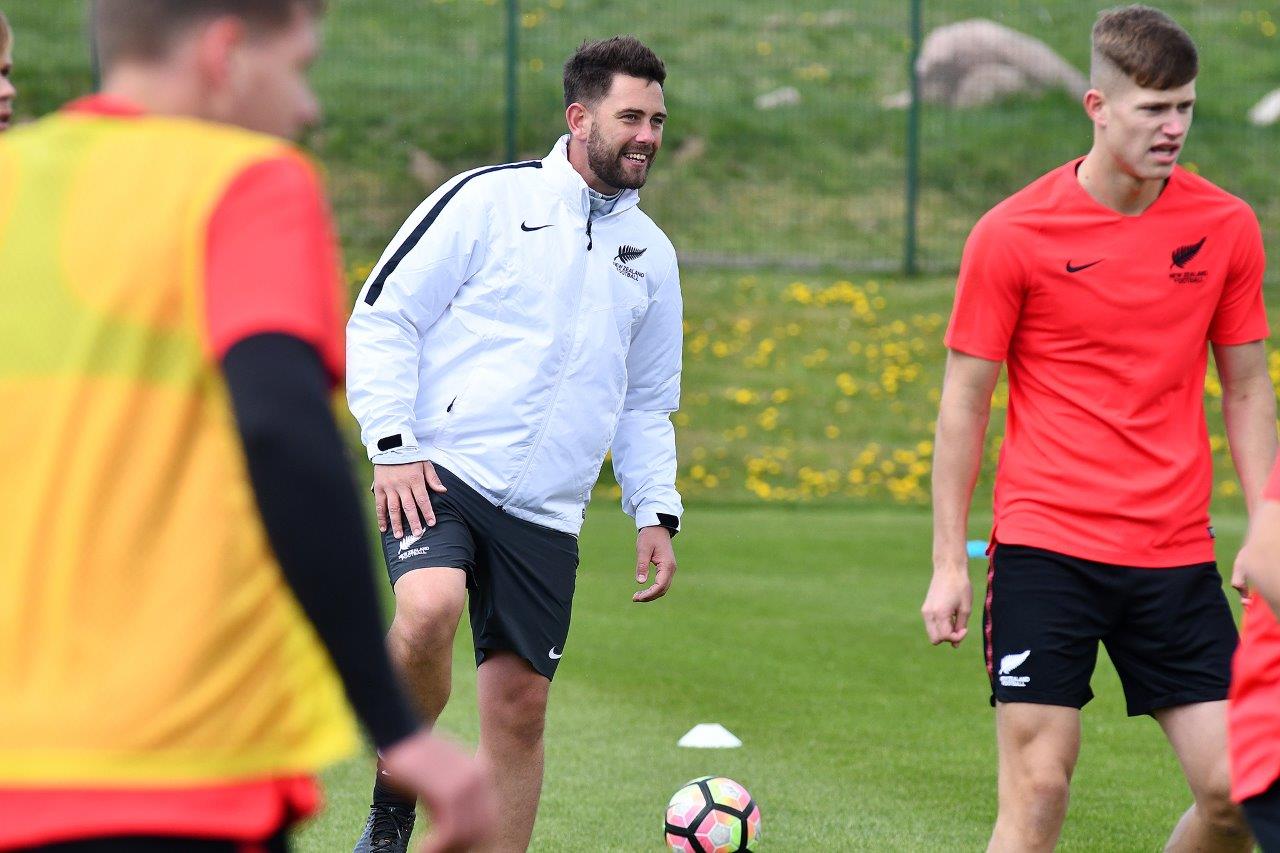 The New Zealand U-20 men’s team will enter the FIFA U-20 World Cup in a confident frame of mind after proving they can compete on the global stage with a 1-1 draw against Korea Republic this morning (NZT).

Des Buckingham’s young men took on the fellow World Cup side at their training base in Gniewino, Poland and put in a pleasing performance, eventually sharing the spoils after Ben Waine found the target on his international debut.

The Wellington Phoenix striker got on the end of a flowing move down the left-hand side, arriving at the back post to tuck in a well-taken strike and open his account for his country.

That brought New Zealand level and was the reward they deserved after a strong showing.

“I thought the performance was excellent,” said a satisfied Buckingham.

“When you bear in mind it’s the first game we’ve played together, I thought the way we played was actually a pleasure to watch. It was a deserved result but it was more about the preparation that will get us ready for our first World Cup game against Honduras.”

New Zealand edged the possession stakes against the technically-gifted East Asians and Buckingham felt they nearly did enough to claim a win.

“The longer the game went on, we grew stronger possession-wise and that paid off towards the end. We tried to push on late into the second half but it just didn’t quite happen,” Buckingham said.

“We’ve got some good players in this group and they’ve shown tonight they can compete. And not only compete but really challenge and we probably should have won the game at the end.”

That his side put in such an accomplished display against a classy opponent bodes well for their upcoming World Cup campaign, which initially features Group C encounters against Honduras, Norway and Uruguay.

“The standard and quality of teams and players at this World Cup is very high. Korea qualified second through the Asia group, which is a tough group,” Buckingham said.

“But we’re focused solely on us, it’s all about us and what we do. We got some good things out of the game and all players have played at least 45 minutes. And the four days we’ve had here on the training pitch and working on the way we want to play was really evident throughout the whole game.”

Buckingham and his charges can have no complaints about the quality of the facilities they are currently making use of with the senior Spain national team having stayed and trained at the same complex in the rural town of Gniewino before winning the 2012 UEFA European Championships.

“It’s a fantastic facility and to arrive here two-and-a-bit weeks before our first game has been excellent preparation for us. To have two quality games in the build-up helps set us up with the idea of arriving into that first game against Honduras ready to go.”

The players will now look to enjoy a rare rest day tomorrow but will be back on the training pitch on Monday prior to a final pre-World Cup hit-out against Mexico on Saturday (NZT).

“I want to see a continuation of what I’ve just witnessed for the last 90 minutes – players who want to get on the ball and want to play out,” Buckingham said.

“But they also need to enjoy what we do and continue to create the chances we had today. The two main things to take into Mexico are a bit more tidiness in our final third and to be more clinical in front of goal. If we can add those two parts to our game then we’ll be able to challenge the teams we’ll come up against.”

New Zealand will begin their FIFA U-20 World Cup campaign on 25 May (NZT) against Honduras at Lublin Stadium.