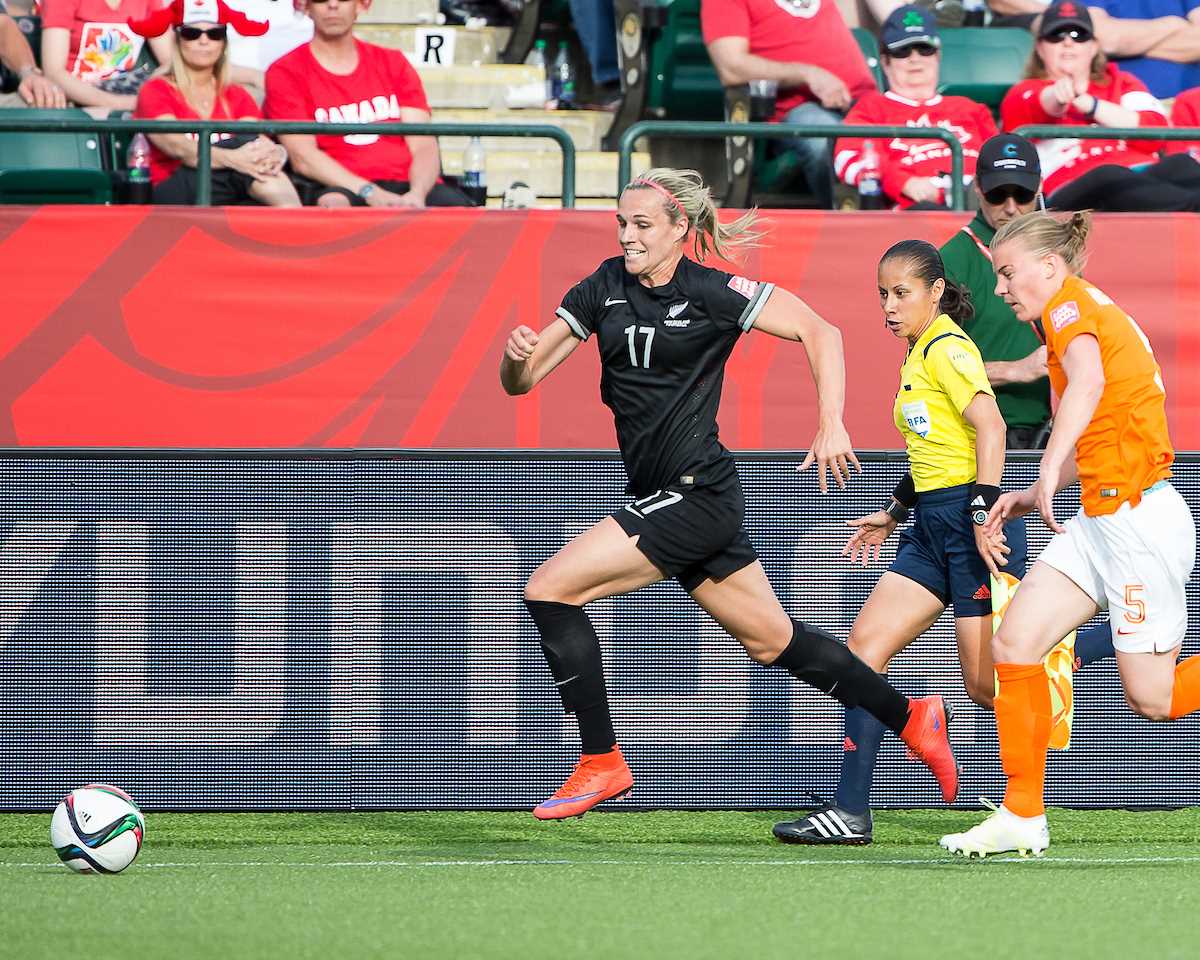 Football Ferns striker Hannah Wilkinson has completed a remarkable comeback from injury to make the FIFA Women’s World Cup squad. The 26-year-old, who ruptured her ACL six months ago playing in Norway, has never given up on her dream on a third World Cup. She lived by the mantra that: “Every day counts.” We caught with Wilkinson as the team gets ready to face the Netherlands, Canada and Cameroon in France in June.

You have come back from a serious knee injury to make a third FIFA Women’s World Cup, how does it feel?

Amazing. I am so honoured to be named in this squad. It was an amazing feeling last week when I got the call from Tom. I am also really proud of myself because I know that I have worked really hard to get back.

Six months ago things were looking pretty bad, but you have managed to turn things around. What were your thoughts when it first happened?

The first thing I thought about when the injury happened was France. That my World Cup dream was over. But my mentality from the get-go was to focus and work hard every day. I had doubt coming from all areas so that was a real test to listen to my inner self and my inner belief. Month after month I saw the progress. Suddenly we hit five months and I was looking pretty good to come back. There have been a lot of important lessons and it has been quite a journey.

You were named in the squad by Football Ferns legend Maia Jackman, what was that like?

How is the knee now and what can we expect from you as we count down to the USA Tour?

It feels really good. I have a bit more game time to get under my belt. I need to get out there and get used to the feeling of playing games again. I am training at 100 percent at the moment. I have been fortunate to be able to train with the Wellington Phoenix Academy which was quite a step up. The key thing is confidence. I need to get confident again so I know I am fully back.

There is some confidence in the squad as well after beating Norway recently in Spain, the team is feeling good going into the next few games?

It is awesome. I actually cannot wait to get back with the team. After seeing the success they have had with this recent game and how far they have come after playing several games together. That win was exactly what we needed after playing many games with new faces. Now that we have the squad together and confirmed for France, moving forward it is really exciting to be part of that.

Tom has named a very experienced group for France, how will that help in the pressure moments?

Experience when it comes to these sorts of events is crucial because it is a different environment, a high pressure environment and you know you have to win to stay in the tournament. We are looking forward to that challenge. Having that experience will help because we will have more composure than most teams and I am excited about what we can do as a group.