History made with Uruguay win 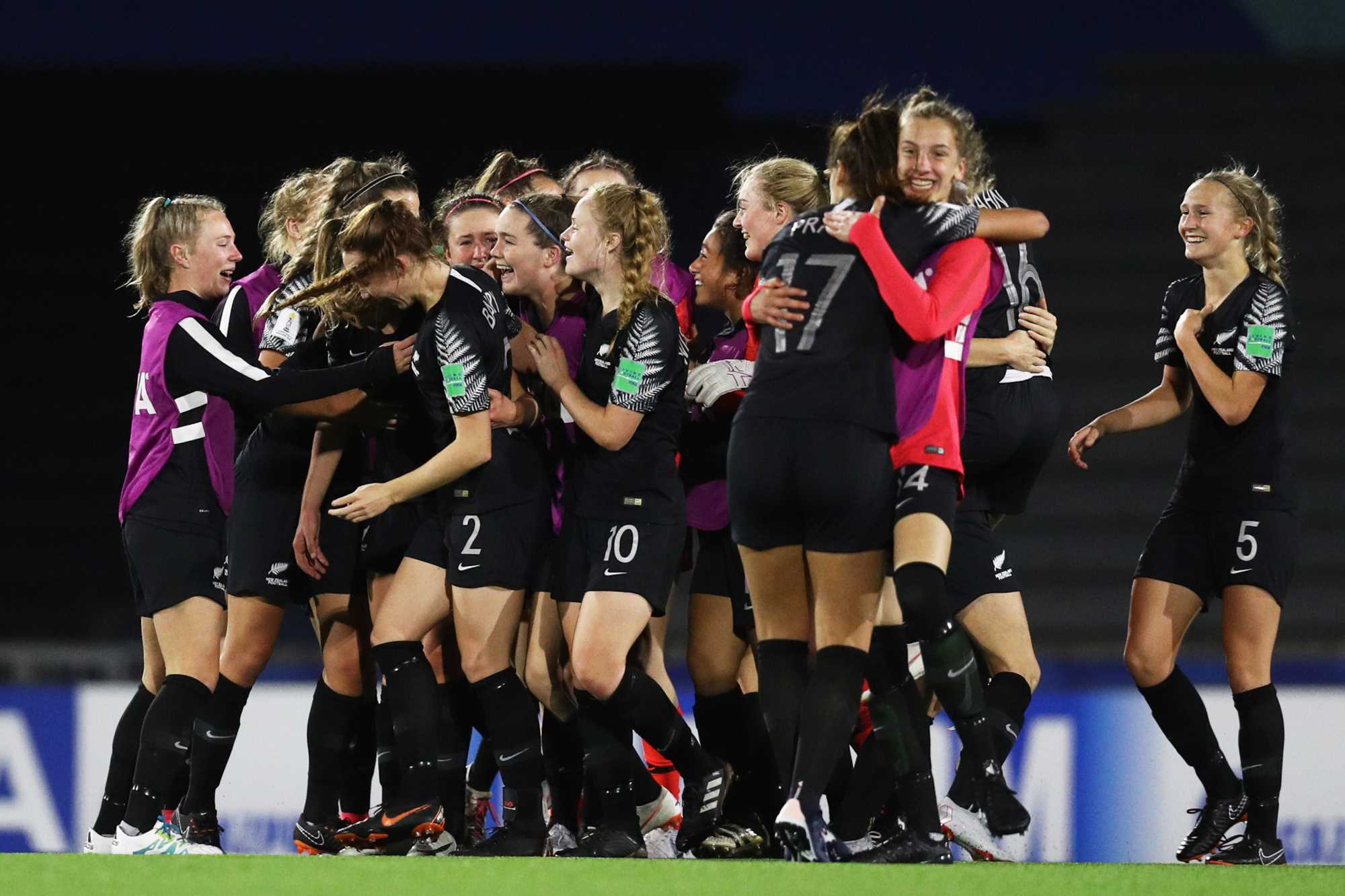 A New Zealand team has qualified for the knockout stages of the FIFA U-17 Women’s World Cup for the first ever time after securing an impressive 2-1 victory over hosts Uruguay in Montevideo this afternoon.

While a historic first in this tournament, it’s the eighth time overall that New Zealand have progressed past pool play at a FIFA event and the first time it has been done with a game in hand.

“It’s historic for us because we’d never got out of the pool play and I’m just so proud of the girls. There’s so many people that have put it in for this result – from the staff to the players, all the parents that are over here supporting and everyone back in New Zealand that’s worked with these players along their journey. All of us together have helped them get to this moment.”

Heading to South America, New Zealand had only ever won two matches at this tournament but that tally has now been doubled after Birnie led his charges to their second successive Group A victory, following on from a 1-0 triumph over Finland just a few days earlier.

But it didn’t look like that would be the case in the early stages of an even first half, Uruguay taking the lead in just the eighth minute. After being outclassed 5-0 by Ghana on their own soil in their opening match, Uruguay needed a positive result against the Kiwis and got just the start they were looking for.

Esperanza Pizarro hit the crossbar with a well-struck shot from outside the box and Belén Aquino was on hand to tuck the rebound past goalkeeper Anna Leat, who was beaten for the first time at this tournament.

The possession stakes were evenly shared in an entertaining first half but New Zealand had the better of the chances as they looked to draw level. Their clearest sight of goal early on arrived on 12 minutes when the ball dropped to captain Aneka Mittendorff in the box and she brought it down well but dragged her effort across the face.

Seconds later, Grace Wisnewski tried her luck from a long way out and hit her effort well but it went straight into the grateful arms of Uruguay goalkeeper Agustina Caraballo.

The equaliser New Zealand’s endeavour deserved duly arrived mid-way through the half though as a looped cross from Gabi Rennie broke for Maggie Jenkins and she prodded against the post but Grace Wisnewski showed good awareness to pounce on the loose ball and put it away.

The second goal arrived in similar circumstances ten minutes later, Jenkins again hitting the woodwork after being picked out by a Macey Fraser free kick and the alert Kelli Brown following up to notch her second strike of the tournament.

There were fewer chances in a tight second half as Uruguay failed to find a way past another outstanding defensive effort from New Zealand, again led by skipper Mittendorff while Leat showed flawless handling in goal.

What few opportunities there were continued to fall New Zealand’s way but most of them were of the half-chance variety as Brown, Fraser and substitute Rose Luxton all had attempts from outside the area that either went wide or were comfortably saved.

Overall, New Zealand out-shot the hosts by 14 attempts to seven as they closed out the game to record their second consecutive win. Despite creating far more chances, Birnie felt the result may have been different on another day and paid tribute to the efforts of Uruguay.

“It was an absolute battle out there today and it could have gone either way if I’m honest,” he admitted.

“I’m just glad that we could keep working through it but credit to Uruguay, it’s a shame they haven’t progressed out of the group because it’s been a brilliant tournament. Everything we’ve experienced has been fantastic and I hope the rest of the tournament is a success.”

Having already secured their spot in the quarter-finals, New Zealand will now fight it out with Ghana, who also boast a perfect record, for the right to top the group on Wednesday morning (NZT).