Birkenhead book place in the final 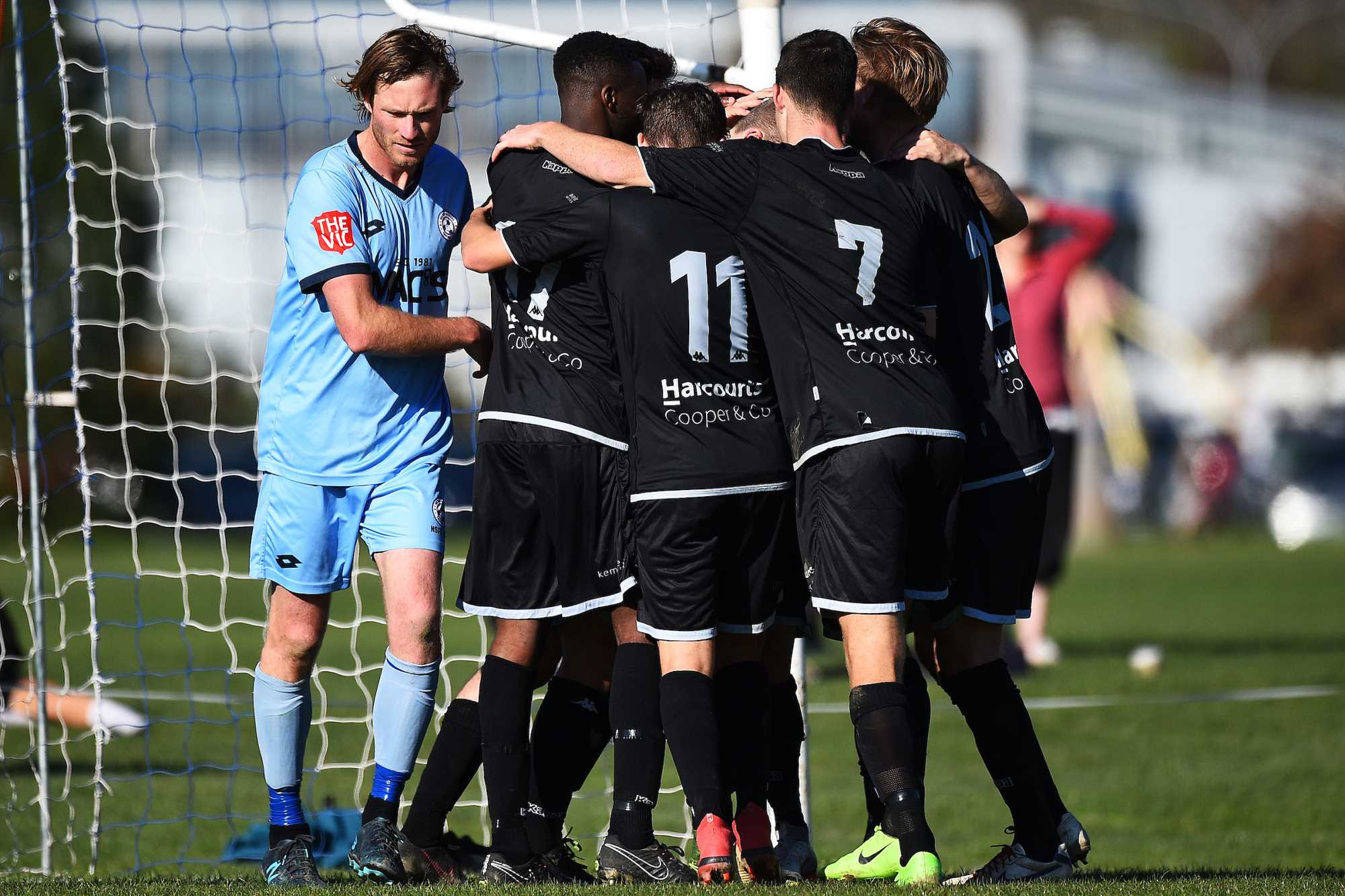 Birkenhead United have booked their place in the ISPS Handa Chatham Cup Final after a hard fought 2-0 victory over Nelson Suburbs in fine conditions this afternoon at Saxton Field.

In front of a large parochial home crowd, Suburbs were looking to make the final for the first time, but the 2016 champions won the close encounter thanks to two penalties from Christian Gray in the 60th and 92nd minutes.

Birkenhead United will meet Wellington’s Western Suburbs, who defeated Cashmere Technical 3-2 in extra time to make their first final in 11 years, in the ISPS Handa Chatham Cup Final on 9 September at QBE Stadium in Auckland.

Birkenhead United, who are currently second in the NRFL Premier Division and still have a chance of winning the title, have kept their hopes alive of completing a rare league – cup double.

Both teams played out a scrappy opening 45 minutes with plenty of feeling. Birkenhead had the best chance of the first half when a well worked move saw a shot ricochet off the post.

The Paul Hobson coached team went ahead in the 60th minute when the referee Antony Riley did not hesitate in pointing to the spot when he judged a Suburbs’ defender to have handled the ball in the box.

Gray stepped up to the spot and hit his attempt to the bottom left – it was well picked by Suburbs’ keeper Corey Wilson who got a hand on the ball - but he could not prevent it finding the back of the net.

That goal ignited Suburbs into life and they came back into the match with Labu Pan having a chance which he hit wide and player-coach Ben Wright had a shot on the turn which was well saved by the Birkenhead keeper Damian Hirst.

With their one goal lead, Birkenhead United showed the experience of being there before and controlled the game well in the final stages. Suburbs pressed hard for the equaliser but they could not break down the Aucklanders defence.

Deep in injury time, Birkenhead captain Sam Burfoot went on a searching run into the box and was dragged down from behind. Riley pointed to the spot and there was little debate.

Gray was handed the ball again, and again Wilson picked the correct side and got his fingertips on the ball but it was not enough and Birkenhead were confirmed in the final.

The final shapes as a classic. Western Suburbs, who won the ISPS Handa Chatham Cup twice in their history (1971 and 2006), have been impressive in 2018, most notably defeating defending champions

Onehunga Sports (4-1) and overcoming Cashmere Technical away from home to make the final.

Meanwhile, Birkenhead have been a consistent performer all season in both the league and the ISPS Handa Chatham Cup and will look to repeat their 2016 heroics when they defeated Waitakere City 3-2 in extra time for their first title.