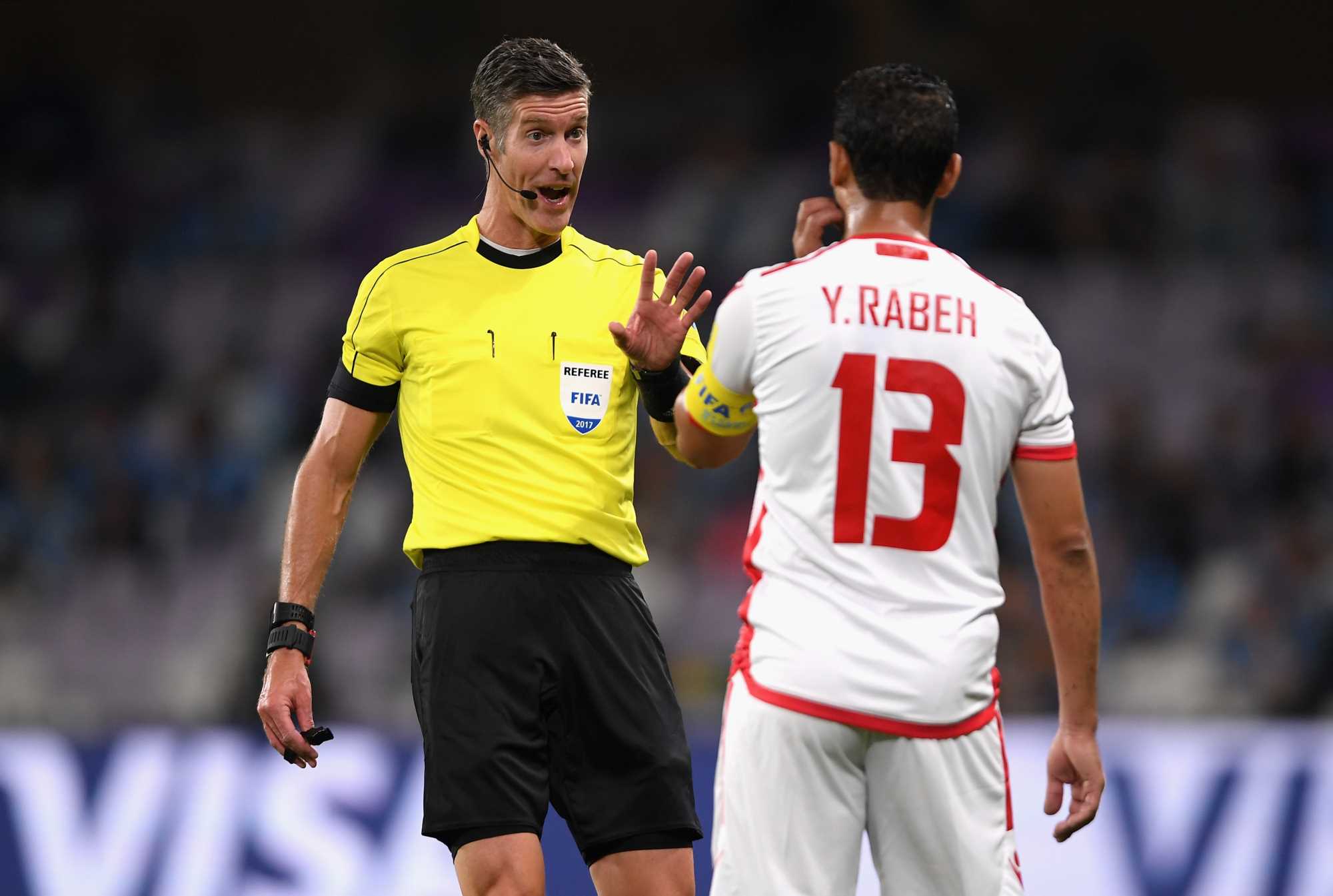 It didn’t take long for Matt Conger to come back down to earth after his experience of a lifetime at the FIFA World Cup. Within days of returning from Russia, Conger found himself refereeing a Central Football Federation game near his Palmerston North home.

Controlling a local match is a far cry from being the man with the whistle in front of 40,000 fans on the biggest stage of all but Conger insists he’s just as happy in either environment.

“It was good to get out there again and connect with a different level of football,” he says.

“The passion the players bring to games like that is exactly the same as what the professional players bring to a World Cup match. Both teams want to win just as much and are appealing for decisions so it’s about enjoying being involved in the game and hopefully enabling the best match of football that can be played at that time.”

Aside from a couple of cheeky comments and good-natured banter, there was little reference from the players to Conger’s World Cup exploits and he has no wish to be treated any differently anyway.

“I think it probably buys you a bit of respect but it’s still up to me to back that up with my decision making,” he says.

“I don’t treat players differently depending on their background or what they’ve done so I wouldn’t expect the same treatment from them. You’re only as good as your last game so I have to go out there and give the same level of performance week-in and week-out, no matter the match.”

Conger took the same level-headed approach into his World Cup campaign, the highlight of which was an appointment to referee the Group D match between Nigeria and Iceland at the Volgograd Arena. The 39-year-old was responsible for running the game with the rest of his Oceania match official trio, which consisted of fellow New Zealander Simon Lount and Tonga’s Tevita Makasini.

“I felt incredibly grateful to experience that, it was fantastic. I felt really calm and enjoyed the entire experience,” he says.

“We had worked really hard as a team in our preparation in terms of making sure we got as many matches as we could together and were comfortable working in different environments. That really paid off on the day in terms of our level of performance and the way we worked together,” he adds.

“It did feel like any other game and one thing New Zealand Football has done is to instil a culture of refereeing that treats every match with the same importance and wanting to make the best decisions in all games. So that preparation helped us to treat it the same as any other match. It was a case of, ‘It’s Team A and Team B, let’s go out there and do the absolute best we can’.”

Conger’s favourite memory of the occasion was the role he played in Nigeria’s opening goal of their 2-0 win.

“It was one of those moments I think every referee enjoys,” he says.

“There was a foul just on the other side of halfway that I played advantage on for Nigeria and they took the ball down the pitch at pace and scored – it was all very fluid and beautiful. One of the reasons I do what I do is because I love the game and want to see it played to an excellent level. So to be a part of that was brilliant.”

Conger and co had a bittersweet ending to the tournament though, enjoying the honour of being selected for the final stages but missing out on another appointment.

“It was a bit of a mixed emotion,” admits Conger, who also acted as fourth official for England’s dramatic win on penalties over Colombia in the Round of 16.

“We were very proud to have been the first New Zealand officials to be selected to stay all the way through to the end. But we were hopeful of some involvement so there was a little bit of disappointment there,” he says.

“We were really pleased with our performance and stacked up well against the other referee teams so would have been well ready if another match had come our way. But it wasn’t to be this time, hopefully it will be another time.”

For more information and to find out how you can GET IN to Refereeing please contact New Zealand Football Referee Development Manager Ken Wallace at ken.wallace@nzfootball.co.nz