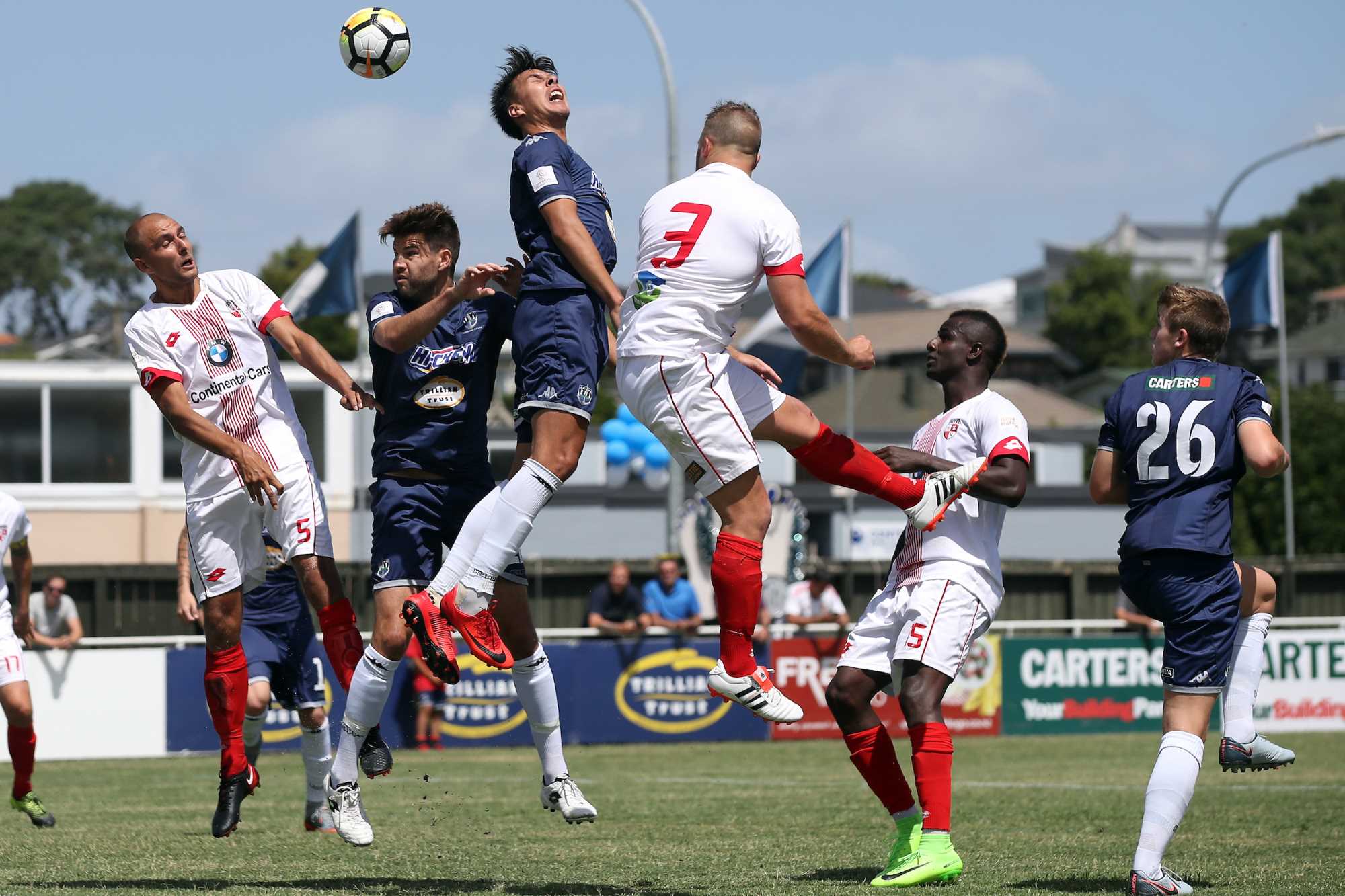 A dominant first half performance from Team Wellington has seen the defending champions extend their lead at the top of the ISPS Handa Premiership table.

The Jose Figueira coached side scored four times in the opening 45 minutes in their local derby with the Wellington Phoenix Reserves in fine conditions at David Farrington Park today to secure a 4-1 win and jump three points clear of their nearest rivals Auckland City and Eastern Suburbs.

Andy Bevin, Jack Henry Sinclair, Nathanile Hailemariam and Louis Fenton all had their names on the scoresheet in the rapid start for the home side as they bounced back from their 0-0 draw with Southern United from round nine to record their fourth win from their last six games.

Meanwhile, Auckland City were held to a 2-2 draw in a classic Super City Derby with Waitakere United at Kiwitea Street. The Navy Blues, who forfeited their round nine win over Tasman United after they fielded an ineligible player, looked like they were heading for a second straight home loss when Horace James and Keegan Linderboom (penalty) found the back of the net shortly after half time for a 2-1 lead.

But Waitakere United made a costly defensive error midway through the second half and Callum McCowatt was on hand to finish to level the scores and that is how it finished.  The draw sees Auckland City remain in second place, with a game in hand on league leaders Team Wellington, but they are now level on points with Suburbs, while five-time champions Waitakere United drop to fifth place.

Auckland City coach Ramon Tribulietx said both team were not at their best and he was happy with his side's show of character.

"We have to be proud of how we played ourselves back into the game [after going 2-1 down]," said Tribulietx.

"It was one of those games where it was up and down and either side could have scored the winner so at least we take away a point."

Eastern Suburbs, who have a game in hand, picked up from where they left off with a determined 2-0 win over Southern United at home on Saturday.

The Lily Whites, who finished 2017 with a 2-0 win over Waitakere United, took the lead early through Tristan Prattley before Michael Built, who played the first half of the season for Wanderers, finished the job in injury time with a goal on debut for the home side.

The win sees Danny Hay’s side climb to a share of second place and firmly in semi-final contention, while Southern United’s playoff chances were dealt another blow. They remain on 11 points, five back from the top-four.

In the later game today, the Canterbury United Dragons made a statement in their South Island derby with Tasman United when they defeated them 6-0 at Trafalgar Park.

The Willy Gerdsen coached side continued their remarkable resurgence this season when Futa Nakamura netted a hat-trick and Aaron Spain, Gary Ogilvie and Stephen Hoyle all found the back of the net to complete the rout. The Dragons, who were slow to begin the 2017 -18 ISPS Handa Premiership, have now won five of their last six games and climb to fourth on the ladder and also have a game in hand.

Meanwhile down in Napier, the frustrations continued for Hawke’s Bay United. The Brett Angell coached team, who are ninth on the ISPS Handa Premiership ladder, had to come from behind in the final minutes to snatch a 2-2 draw with 10th placed Hamilton Wanderers.

Bjorn Christensen gave the home side the lead on the back of a nice counter-attack before an own goal and good build-up work from Tommy Semmy saw Armin Pasagic take the lead in the 64th minute.

Hawke’s Bay rallied in the closing stages and Alexander Palezevic delivered a composed finish to ensure they would take a point from the match.

There are eight rounds remaining in the ISPS Handa Premiership and it promises to be close again with only nine points currently separating the leaders Team Wellington and the seventh-placed Southern United.