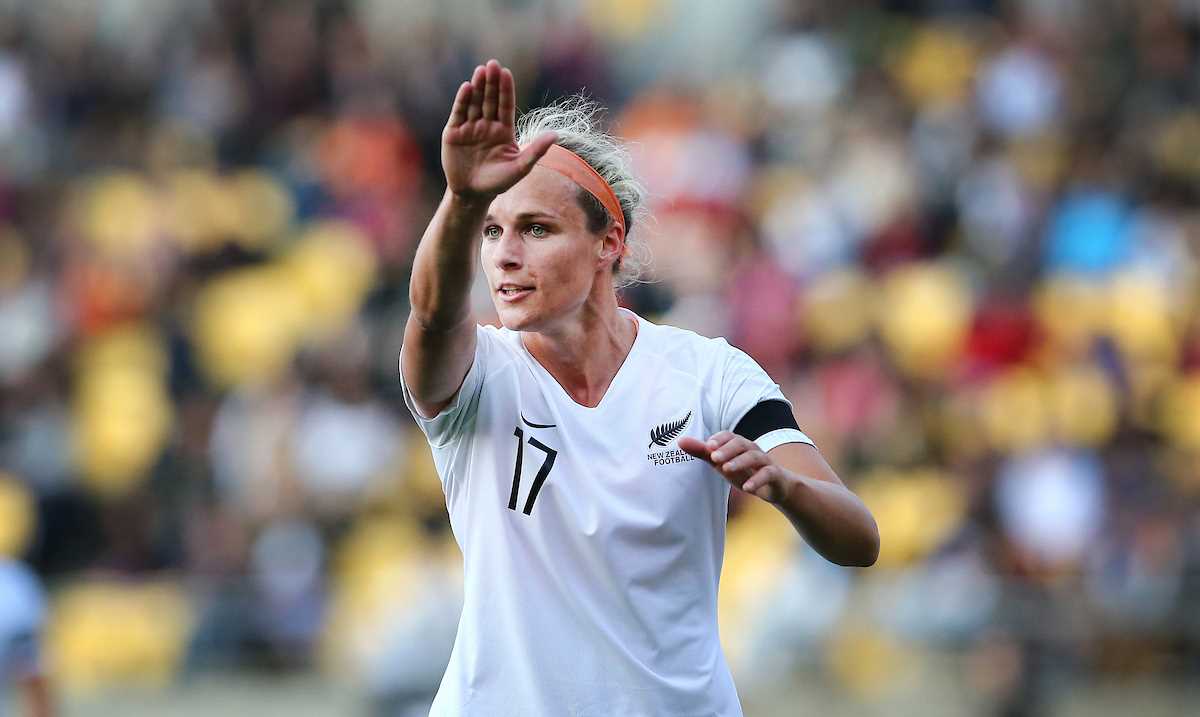 The 23-woman squad, who have set the goal of making history for New Zealand by being the first team to win at a World Cup and first to advance from the group stage, is laden with experience with 17 players who competed at the 2015 FIFA Women’s World Cup in Canada.

The squad has six players – Ria Percival, Abby Erceg, Ali Riley, Betsy Hassett, Katie Duncan and Annalie Longo (with Rosie White, 99 caps, hoping to bring up her century against the USA) with more than 100 A internationals for New Zealand.

“I am really happy with the group,” said Sermanni.

“We have a good balance of experienced players, who have been there and know what it is all about, and we have some young up and coming players to complement that.

“Those experienced players are very important for this tournament,” said Sermanni. “For this particular cycle, including the Olympics, it may be the last one at this level so it makes it critical for them. I know they are all keen to go out with a good impression.”

The FIFA Women’s World Cup will be staged from 7 June to 7 July across nine cities in France. The World No 19 Football Ferns will take on World No 5 Canada, World No 8 the Netherlands and World No 46 Cameroon in Group E.

Sermanni praised Wilkinson’s determination to come back from an ACL injury she suffered six months ago to earn her place in her third FIFA Women’s World Cup. Sermanni is pleased to have the 26-year-old striker, who has scored 25 goals for New Zealand, back in the side.

“In terms of her work ethic, her focus and the way she has gone about her recovery. It has been a model for any young player looking to come back from a serious injury. I caught up with her last week and she is in fantastic shape. We still need to be careful with her, but she is looking good at this stage.”

A number of players have come back from international retirement or breaks from the game to earn their place in the squad for France. Sarah Gregorius, Abby Erceg, Katie Duncan and perhaps most notably Emma Kete make another World Cup following a spell away from the team.

“Emma’s comeback is a great lesson in maturity and how you can really play your way back in. If you are really focused, work hard and look to do the right things, you have got an opportunity. She has come back into the fold after being away from the team for a long time, but she has shown her intent to be a part of this squad.”

Sermanni said from a coaching perspective, telling the players who have missed out on selection is the worst part of the job.

“Everybody talks about the players who make it and their work ethic but the same can be said for the players who have missed out. They have all put in the same level of effort and dedication. It is the toughest job you have as a coach, particularly when it comes to major tournaments.”

Sermanni, who has been to four FIFA Women’s World Cups in his career, said there was a real excitement within the group as they count down to the event.

“We are all really looking forward to it,” he said.

“Particularly in Europe. We’ll get crowds who are knowledgeable and appreciate good football, great organisation and good stadiums. I think this will be the best World Cup so far and also the most competitive one.”