Premiership back with a bang 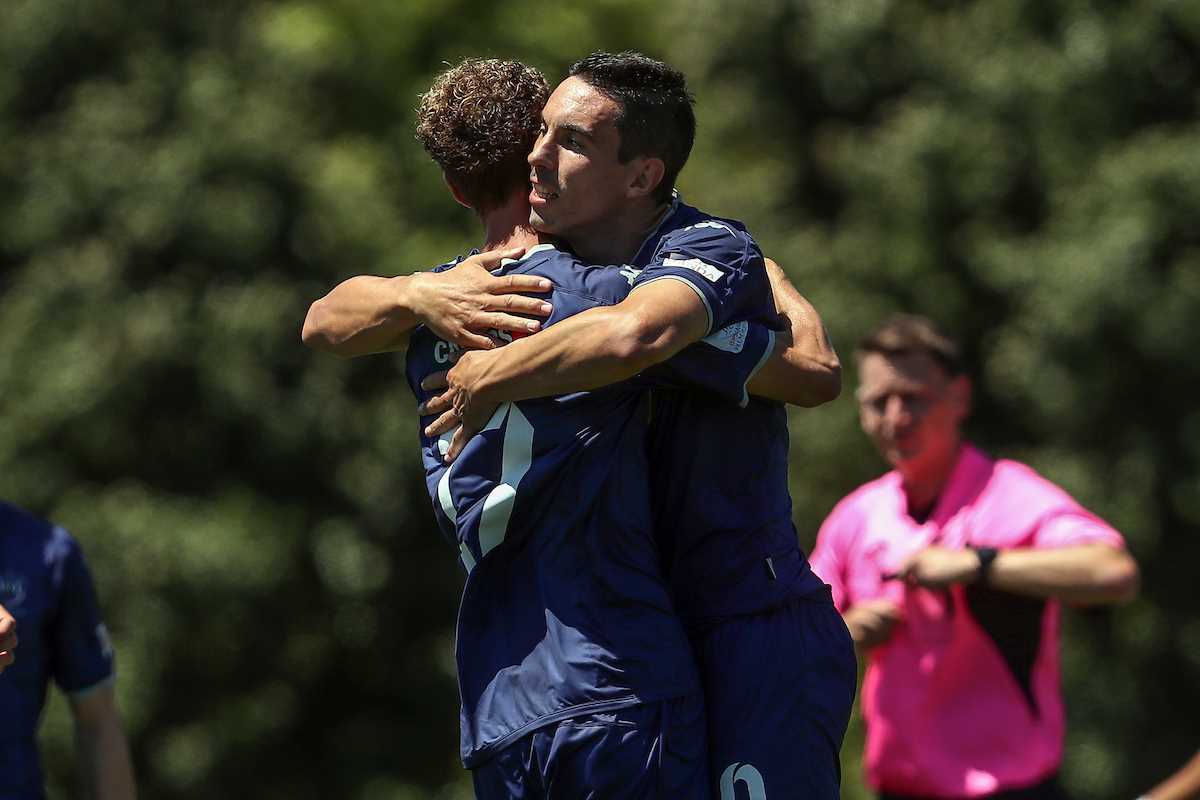 The ISPS Handa Premiership has returned from its festive hiatus in entertaining fashion with 18 strikes finding the net in five games across the country this afternoon.

The largest percentage of that total was supplied by title-chasing Eastern Suburbs, who remain second but could not steal a march on fellow contenders Auckland City and Team Wellington as they also notched victories and were joined in that regard by Hawke’s Bay United and Canterbury United.

The 2-1 home win over Hamilton Wanderers was Team Wellington’s first taste of ISPS Handa Premiership action since their heart-breaking trip to the FIFA Club World Cup in Abu Dhabi last month, in which they came within a whisker of a massive upset over hosts Al Ain.

After the glitz and glamour of competing on the biggest stage of all, Jose Figueira’s men needed to come back down to earth quickly, especially with defending champions Auckland yet to lose a game. While it wasn’t a vintage performance, Figueira was delighted to keep the pressure on the Navy Blues and inflict a setback on another play-off rival in the process.

“It was good to be back and the most important thing was to get three points to keep up with the pack after being away,” he said.

“Hamilton have had a really good season, especially away from home. They’ve been really brave and aggressive without the ball so we were expecting that. It was good character from us, we were 2-0 up and on another day with some more clinical finishing we could have been out of sight.”

Nathanael Hailemariam and Jack-Henry Sinclair did manage to provide a pair of finishes while James Hoyle made it interesting with his second-half strike for Hamilton, allowing coach Ricki Herbert to hail the increasingly competitive nature of the league.

“It’s evolving and becoming very competitive, hopefully people can see from today’s result and performance that the gap is narrowing now with teams that can challenge the ones that have been there for a long time,” he said.

“Wellington probably had a bit to prove after coming back early from the Club World Cup – they would’ve wanted to go a bit further like we all wanted them to. And it was the same for us because we’ve been on a great run, that passion and desire came through. The boys are feeling the disappointment today and so they should because they probably deserved something.”

Up in the big smoke, Auckland City ensured their five-point lead over second-placed Eastern Suburbs would be maintained in a typically-feisty Super City derby that brought seven yellow cards, including two to Waitakere United striker Sanni Issa. By the time the Nigerian was dismissed with around 20 minutes remaining, Waitakere were all but out of the contest though after a double from Javier Lopez, including one from the penalty spot.

That result put pressure on Suburbs to stay in touch and they delivered in style, promising youngsters Callum McCowatt and Elijah Just both scoring doubles in a 6-1 dismantling of Southern United in Dunedin. Andre de Jong and Dominic Wooldridge were also on target while Garbhan Coughlan eventually replied from the spot for Southern late on.

Hawke’s Bay were the only side to come close to Suburbs’ net-bursting exploits, their 4-1 triumph handing out a ninth successive defeat to the Wellington Phoenix Reserves in Napier. The talismanic figure of Sam Mason-Smith showed just how important he is to the Bay cause with a hat-trick while Maxime Oliveri also got on the scoresheet. The Phoenix had actually opened the scoring through Benjamin Waine but that proved to be no more than a consolation rather than the launching pad for a first win of the season.

Their fourth victory brings Hawke’s Bay within touching distance of the play-off places, which Canterbury United have now moved into at the expense of Hamilton, thanks to a narrow 1-0 win over neighbours Tasman United in Christchurch. A point would have been a pleasing result for the struggling visitors but they were ironically denied by former player Maksym Kowal, who haunted his old team with a cool finish for the match-winning goal just before the hour.

“I thought we played well in parts, maybe not enough to win the game but they scored out of nowhere from our mistake, which makes it even more disappointing. I thought we were the better side in the last 20 minutes, we were really pushing forward and had them pinned in their 18-yard box but we lacked that killer instinct.”