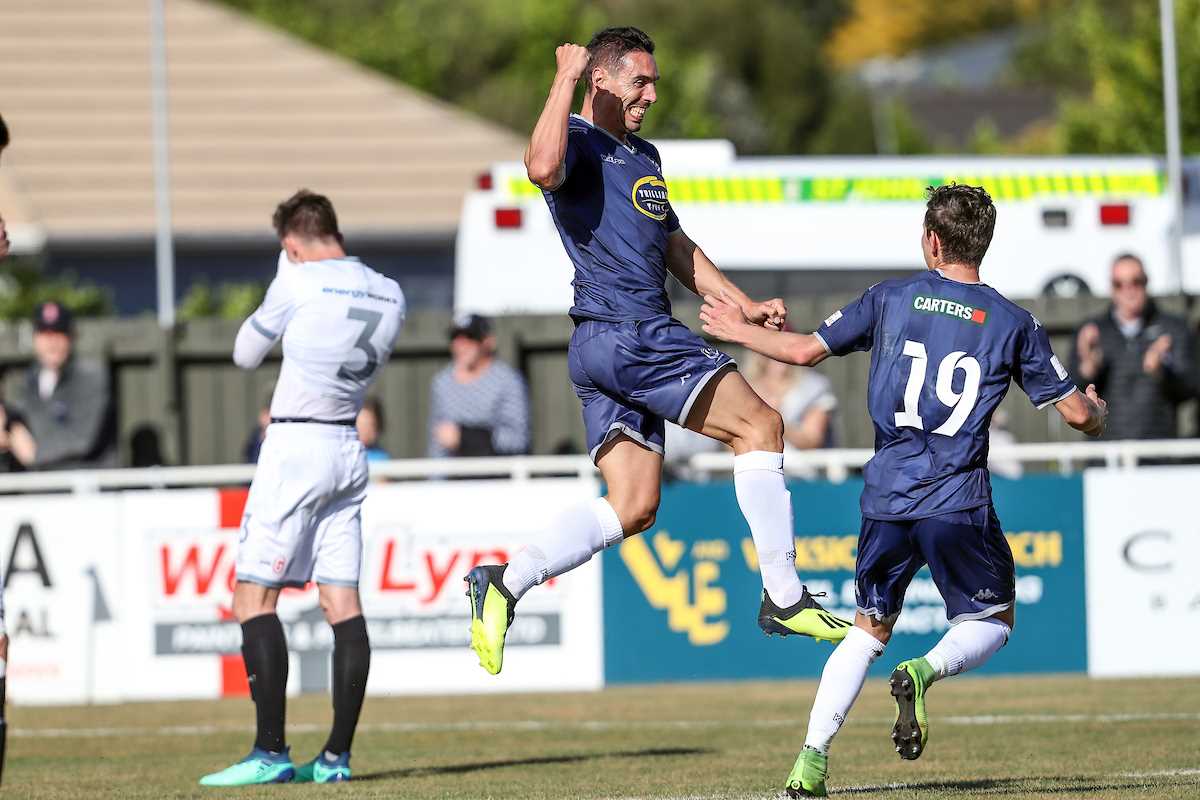 Defending champions Auckland City have dealt a double blow to Team Wellington in the opening fixture of the ISPS Handa Premiership today, stealing a march on their title rivals while also wrestling the Charity Cup back off them.

On a fine but chilly afternoon in the City of Sails, the fans who gathered at Kiwitea Street to witness the start of a new season were treated to a hugely entertaining encounter as Auckland came back from two goals down to claim a 4-3 win and secure the Charity Cup for a fifth time in thrilling fashion.

Just as importantly, they are now already three points ahead of all other sides in the ISPS Handa Premiership with the first round proper not taking place until the coming weekend.

It didn’t look like that would be the case early on though as Wellington raced into a shock 2-0 lead within the opening 17 minutes. The campaign was little more than a quarter of an hour old when Mario Barcia produced a very early contender for goal of the season, turning skilfully on the edge of the area before finding the top corner with a spectacular strike.

It got even better for Wellington just a few seconds later when Jack-Henry Sinclair picked out Hamish Watson with a pin-point cross to the back post and the striker made no mistake with his finish, directly a perfectly-placed header into the bottom corner to put the visitors in dreamland.

They were right on course to exact some revenge for losing last season’s ISPS Handa Premiership final to Auckland but the hosts showed impressive character to bounce back immediately and were level by the half-hour mark.

Just a couple of minutes after Watson had found the net, All White Cameron Howieson jinked his way into the box before sliding a low finish under Wellington goalkeeper Scott Basalaj to get his side back into the contest.

And it was all square when City’s latest Spanish import Javier Lopez – who had looked dangerous in the opening stages and fired off several well-hit shots – met a cross from Micah Lea’alafa with a diving header to open his account.

It stayed at 2-2 until the break but the Navy Blues began to pull away early in the second spell, Daniel Morgan giving them the lead for the first time by following up a saved effort from Howieson before Lea’alafa rifled a shot into the root of the net after David Browne showed great pace and skill down the left in the 73rd minute.

Wellington gave themselves hope late on when Watson again headed in a Sinclair delivery and six minutes of additional time were then frantically played out but Auckland hung on to both lift the Charity Cup and get off the mark in the ISPS Handa Premiership.

“It was a top effort from the boys, obviously it was a slow start going two goals down but we showed character out there and got the lead back,” Howieson said. “Having to hold on to that one-goal lead at the end was tough but the boys put in a good shift. It was good to get the three points and the Charity Cup back.”

Fellow All White Justin Gulley was gutted to be on the losing side of such a closely-fought contest but felt there were plenty of positives for Wellington to take out of the game.

“We were a bit disappointed to lose like that, it was a tight game but I think we got sloppy on the counter. We weren’t switched on and that cost us with a few goals,” he said.

“But we had some really good patches there and a lot to build on. To fight back and keep pushing them is a big credit to the boys and we’re looking forward to the future because that’s a good sign.”

All teams will be in action over the coming weekend, for the ISPS Handa Premiership draw and other information please click here