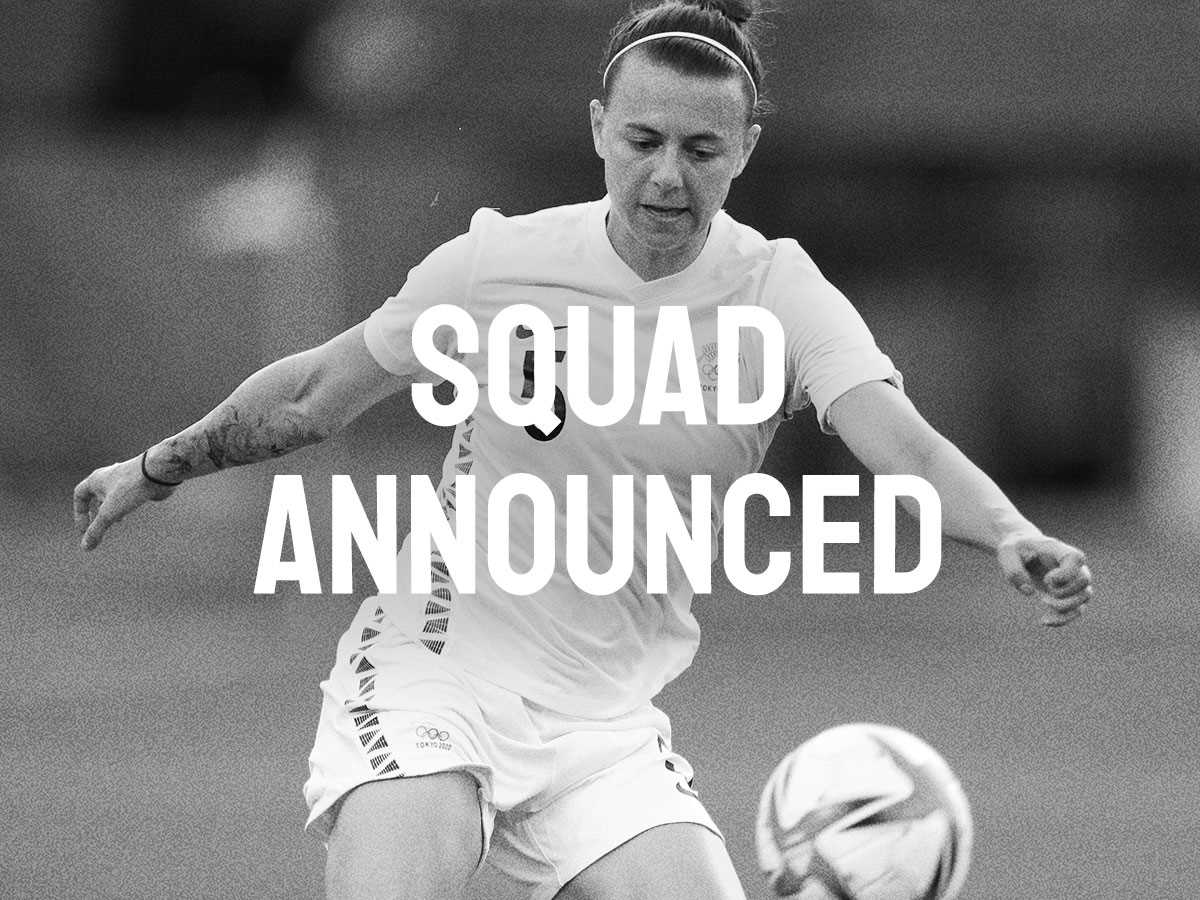 Football Ferns head coach Jitka Klimková has today named her 22-player squad to take on Korea Republic on November 27 and 30.

New to the squad is former age group representative Ashleigh Ward, who currently plays for Actonians LFC in England. She’s another player who has come through the Canterbury United Pride pipeline, having won the national league titles with the Cantabrians in 2014 and 2016, and also played college soccer for Boston College.

Grace Neville, a former England age group international, will join the team in a training capacity, although she is ineligible to play in the games.

Klimková is delighted to welcome them to the Football Ferns.

“As we build towards 2023, it’s important that we keep looking at players who we think have the potential to add the depth and breadth of the squad. Now is the time to invite players to come into camp and see how they fit into the Ferns environment, so I’m delighted to call up Ashleigh for her first Football Ferns camp, as well as giving Grace the opportunity to experience the Ferns environment.”

The Korea Republic tour is important for the Ferns to quickly continue the progress made in Canada, says Klimková.

“We’re really looking forward to continuing what we started in Canada. Seeing the progress we made over just ten days, it’s really important that we carry on evolving our style of play and attacking mindset, and as a group building on made in Canada, both on and off the pitch.

“These games against Korea Republic will be a great test for the players, as Korea look to finalise their preparations before their FIFA Women’s World Cup qualifiers in February next year.”

Both games will be available to watch on Sky Sport.