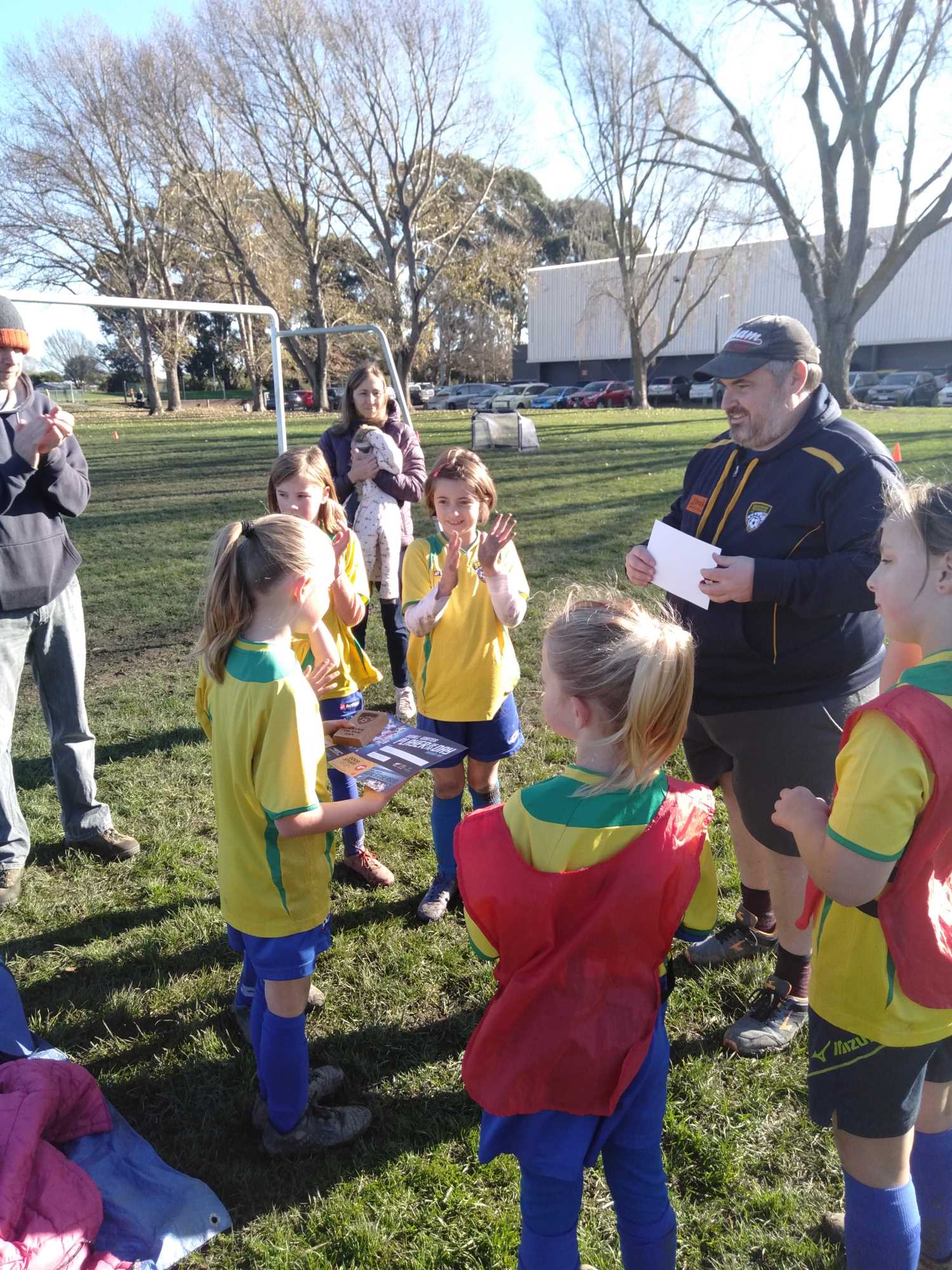 Congratulations to the federation winners of the 2021 McDonald’s Junior Football Coach of the Year!

After the 538 nominations were whittled down to the Top 30 Finalists from around the country, New Zealand Football is pleased to announce the six federation winners of the 2021 McDonald’s Junior Football Coach of the Year.

The federation winners are:

Always seeking opportunities to enable his team, Onerahi 9th Grade Blue, to shine with manaakitanga and aroha and be seen as positive role models, Mike was nominated for his commitment to encouraging his players’ team spirit, role modelling positive behaviours for his players such as making sure to praise opposition teams for what they do well, and encouraging a team culture where his players are the first to help pack up at the end of a game or training.

A champion of and committee member of Otonga FC, Darren was nominated for his commitment to girls and women’s football in Rotorua, organising extra trainings and tournaments for his junior team, arranging for them to watch senior women’s teams play, modelling a growth mindset in his own coaching journey, and never turning away a girl who wants to play football even when his U-10 squad is almost too large to manage.

Committed to his Peringa Lions players as a team and individuals, leading the Peringa Junior Hub and being a part of this year’s Taranaki FTC programme, Spencer was nominated for his determination to ensure all players have the chance to grow and develop at their own rate, encouraging players to try new things (including other sports), running trainings that the kids never want to leave, and his thoughtful and engaging match reports.

Getting the tunes pumping before training and organising team building events such as bowling and dinner, Radha was nominated for her positive role modelling to her players, offering extra one on one trainings for those who want it, helping kids get to and from training if their parents can’t take them, and promoting good manners and positivity on the field.

A hero to his players for Cashmere Tech Amazon, Phillip was nominated for his bright socks (sadly not pictured), commitment to all players who want to play (even taking on coaching duties for a second team when one didn’t have a coach), his constant positivity, teaching his players teamwork and different fun skills drills, and the love of the game he has encouraged in his players.

Focused on connecting with her players and encouraging their passions (such as participating in their cartwheel competitions at the end of trainings), Emma was nominated for her ability to quickly build a rapport with and relate to her players, role modelling both a passion for football and a get-up-and-go attitude, and organising engaging and varied training sessions to develop well-rounded players.

The six federation winners are now in the running for the title of 2021 McDonald’s Junior Football Coach of the Year, currently being deliberated on by a New Zealand Football panel.

All 30 finalists are eligible for the inaugural McDonald’s Coach of the Year People’s Choice Award, which closes midnight tonight (14 September). Register your vote here.